There's Bin a revolution on my workbench 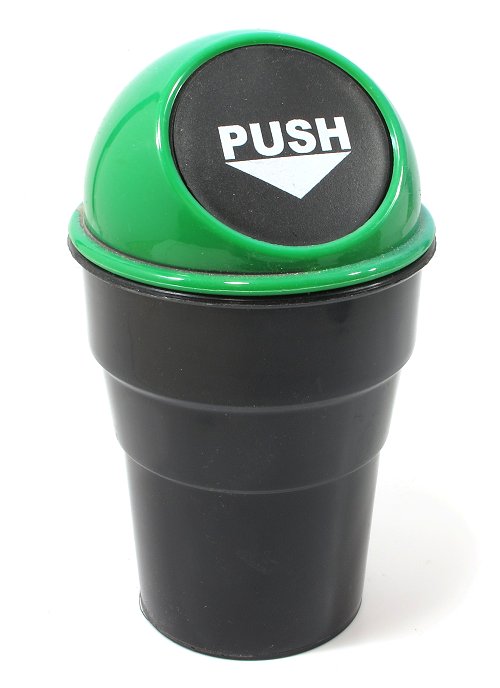 I've mentioned in the past that I'm a messy worker. Every so often, the workbench needs to be mucked out to remove the detritus from many projects. Gradually it builds up until it threatens to overwhelm the inch thick wooden cutting board I operate on.

For a while, I had it in mind to get a pot or something to chuck bits in for easy transfer to the bin. I didn't just want an old tin though, I fancied something more stylish. And I've found it.

From Flying Tiger comes the tiny little desk bin. 160mm tall and 100mm wide, it's small enough to fit on the workbench without swallowing much space. What it does swallow is all the little leftovers that previously had to be gathered up. A spring loaded flap keeps them all in place if the bin gets knocked over. It's tall enough to stand out and has enough capacity that I'm not emptying it all the time. Cheap too at about 3 quid.

Best of all, it works. I've got into the habit of chucking stuff in here. The sprung flap actually makes this more fun, providing a sense of satisfaction every time I keep tidy. Well, until it fills up anyway... 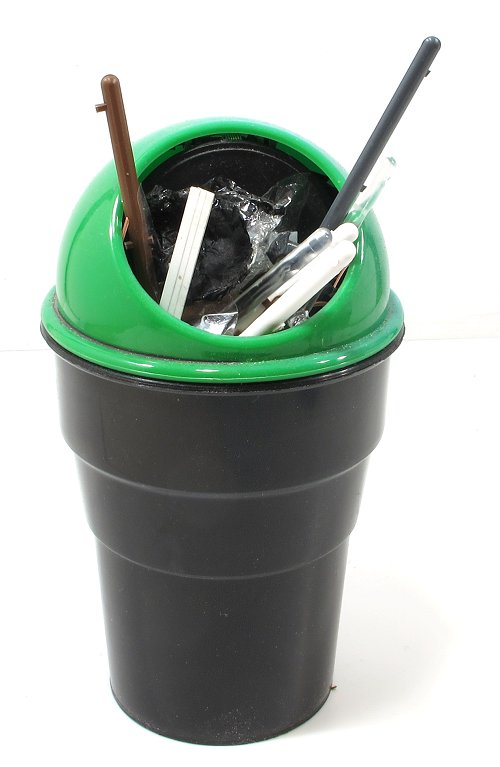