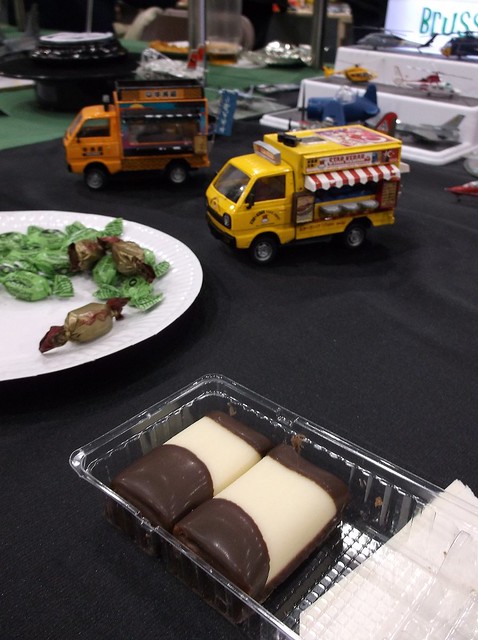 The first lesson I learned last weekend was that buying an advance ticket is a good idea.

I learnt this as I stood in the queue for admission to the IPMS show, arriving ten minutes after the event opened its doors. I waited for 40 minutes. Next to a family with an annoying, whiny child.

The reason for all that waiting was the huge number wanting to visit. Indeed, this was a bumper year according to the organisers. I'm glad I didn't get there 10 minutes later, they would have been standing for an hour.

Inside, there were over 140 traders waiting for me and tens of thousands of models to look at. It's a daunting prospect. 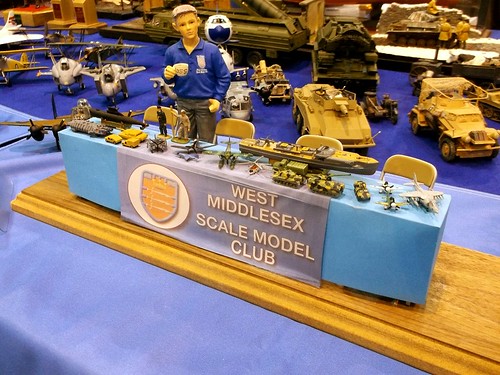 To be honest, I could ramble on about all this, but you'd rather cut straight to the photos. Instead I'll just say that much of the day was an exercise in denying myself things.

I denied myself several plastic kits:
And there were loads of others. The trouble with me is that I can't wander around a show like this without being tempted. Everywhere I see things that would be great fun to build. I just have to keep telling myself that I have more than enough projects. 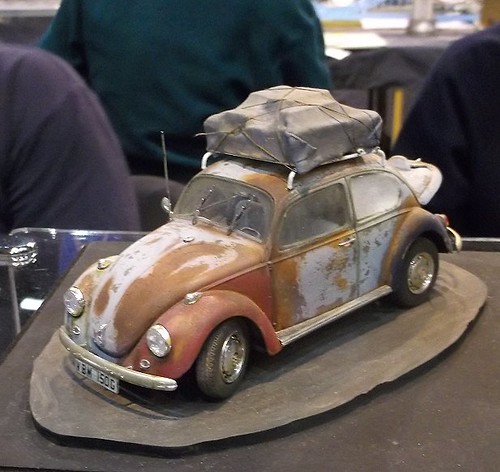 I also had to resist eating lots of sweeties. Most of the stands seem to have a bowl at the front to tempt visitors. The Brussels model club did get me with the marzipan cakes though.

As it was, I came away with a vintage Lindburg motorised tugboat kit. It looks big enough for small radio control and will be fun. An added advantage was that the box was just a bit too big for my rucksack so constantly reminded me I had spent money and should avoid spending too much more.

That and a Revell beach buggy, simply because I can't justify the old Airfix version I really want and it was only £5.99.

There are some tools and other bits too, but I'll mention them in the future.

In the meantime, I had a really good day and I took some photos. Head over to Flickr to see them.

Next year, I'll be the one with an advanced ticket in my pocket!

This gets me thinking.it would be fun to see some of our masters of modelling try another discipline, get Tony Wright building a stick and tissue aircraft for example or a top armour modeller build a look kit. There ought to be more cross discipline exchange of experience.