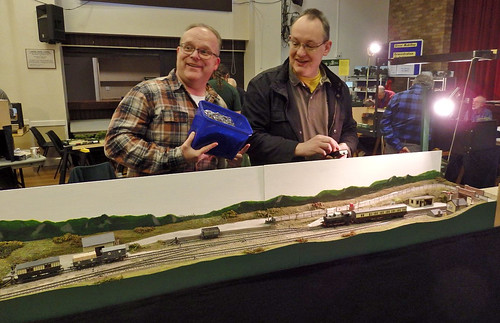 According to a recent post on Facebook, many modellers won't go to even a local show if they can't see a list of the layouts that will be present.

Presumably, they will look at this list and moan:

"I've seen all those. Why don't they get some new ones in?"

"I don't know any of those. I'm not spending money to see layouts I've never heard of."

Either way, there will be an excuse not to travel a few miles to look at a show relating to the hobby they claim to be taking part in.

And, in my opinion (and as I've said before, this is my blog so that's what matters), they would be wrong.

Lancing show last weekend was an excellent example. It's a civic centre event, a big village hall really. I doubt that many had heard of more than one of the layouts present.

But it was superb. I drove 2.5 hours each way, including a spell on the M25, and I felt it was worth every minute.

I hadn't gone along on a whim. My mission was to see Chris Ford's "Art of Compromise", with an additional plan to view Michael Campbell's "Awngate". I saw those, but there was so much more.

A model of a sewage works in O14? Lovely. Tiny, but superb. I wanted to build it. 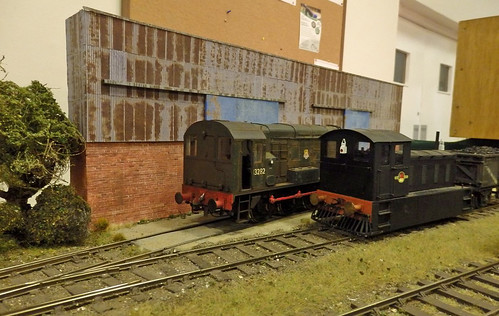 6ft 3in long O gauge inglenook where all the buildings and two of the locos are made from cardboard? Sounds good to me. I'd like to build that one too.

Basically, a cracking show. I even managed to resist cake, although as you can see from the photo, it wasn't easy. I consoled myself with very average fish'n'chips in a cafe on the front. Well, when at the seaside, you have to don't you?