It's only a bargain when it works! 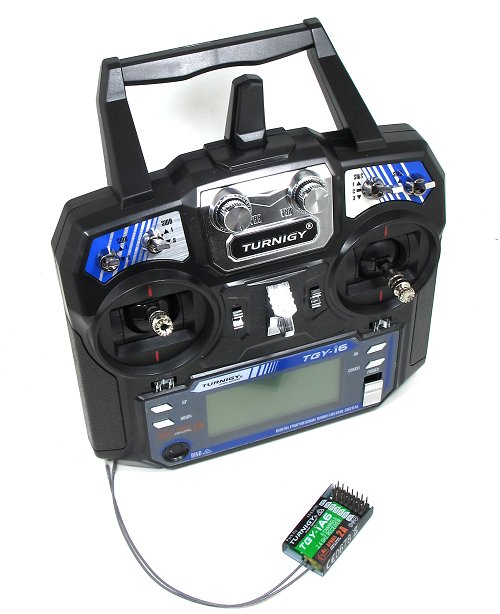 With the Planet range of radio control sets disappearing off the market, at Christmas, I decided it was time to buy my Dad a new outfit. We'd pick something that we could buy plenty of receivers for, and stock up.

Based on advice from a forum, I plumped for the Turnigy TGY-i6. Designed for aircraft, it's over-specified for model boats, but you can't get anything much simpler. The recommendation was to buy this through the Hobby King website. I've bought from there before and didn't anticipate a problem. I even bought a second receiver.

Well, it's taken 10 months, but finally we are ready to use it in a boat, so I open the box, plug the receiver in and start to follow the instructions for binding the transmitter/receiver (this is the process where they learn to talk to each other and no other transmitters). I try it in an existing boat whose electrical system I know works too, to be on the safe side.

First worry, the LED blinked, but not as fast as expected. I press on. The transmitter says binding, but nothing else happens. OK, I try again, double checking what I've done. Then I try the other receiver. Still no good. Basically, at the end of the process, the LED on the receiver should stay lit.

Hmmm. OK, so I do a bit of searching on the Internet. There are a few YouTube videos showing the process and they are all doing what I did, except the initial LED flash is faster then I had seen, but exactly what I had expected.

Next, to a forum or two. There I find out the problem. The receivers are knackered. Both of them.

With the seller China-based, having taken 10 months to get this far and not having a receipt, the answer is obvious. Chuck it all in the bin.

The embarrassing thing is, I've done what I always recommend people not to do, and been bitten by it.

I'm a big fan of local model shops. If there is a problem, you can take things back. It's a long way back to China!

So, the next RC set will be bought from Howes of Kidlington. I can drive there in an hour. Should there be a problem, I can take things back.

And I'll still buy from Hobby King, just not anything electrical, or spend money I can't afford to throw away.

Lesson learned.
Posted by Phil Parker at 5:30 AM

You think people would learn after a while about buying cheap stuff from China, but we keep doing it over and over again. They laugh all the way to the bank.

Realistically, whatever I buy is going to be made in China. The difference is that I'll buy it locally, pay a little more, and get some customer service is required.