October's issue of BRM has another big project in it from me - a complete N gauge layout.

OK, it's a Billy Bookcase project, but there was still a lot of work and it had to be carried out in just over a week along with several other jobs. The theme is 1970s BR blue, something I find myself getting nostalgic about. There is something about a rattly blue DMU that just seems so nice in restrospect.

Keeping things simple, I used Kato Unitrack in reponse to a request at a show. The main station building is simple a shelter, although it took me to goes to build so not a quick job...

We also have a photo feature from the Hornby open weekend with shots from around the show. I've also writen the editorial about the event and how we can attract new people to at least look at the hobby.

A section on techniques includes input from me on making holoes, static grass, stiring paint and improving card kits. 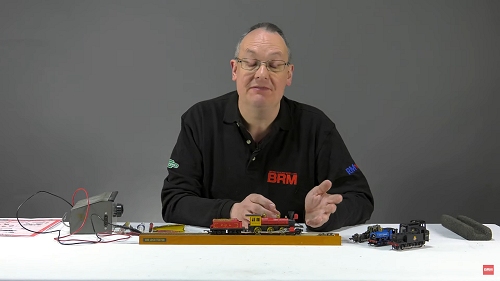 Finally, on the subscribers DVD, I'm servicing old model railway locomotives. This is another request from a show, or at least it seemed sensible as I had to disuade a youngster from buying a "bargain" Tri-ang 08 shunter that was going to be more trouble than it was worth.

I see you've nodded off again under the pressure of work.