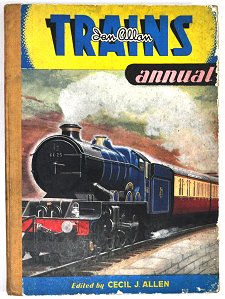 Arriving in a big pile of books donated to our railway club library last week was Trains Annual 1952 edited by Cecil J. Allen and published by Ian Allan Ltd.

Aimed at kids, it has a thick pasteboard cover and is slightly smaller than A4 in size. It's obviously been loved as the spine has been repaired with brown cloth tape. This is the 6th year of publication.

Open the pages and the content presentation would be unrecognizable to modern yoof . The articles are quite heavy, both in the amount of text used and the topics covered. We open with "Challenge to orthodoxy - Bulleid designs of the Southern" written by Arthur F Cook M.A. A.M.I.Mech.E.

Running at just over 3500 words over 5 pages, the style is dated but not pompous and just the sort of thing the young enthusiast might be expected to be interested in as he sat quietly reading on Christmas morning after the trip to church and before listening to the Queen on the wireless. Hopefully the description of Mr Bulleid's "Leader" class and double-deck coaches are sufficient for him, as no pictures make it on to the page. 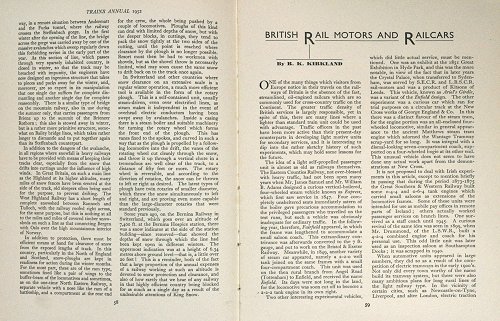 Indeed, such were the productions restrictions back in the day that photographs are bundled up into batches of pages, presumably because these require shiny paper wheras the text in on a cheaper, rougher grade. 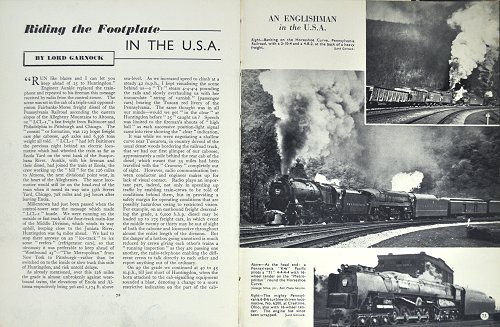 There is a definite attempt to excite the young reader, according to the editorial, "We are particularly glad to be able to include from the pen of Lord Garnock, who has spent some time actually in the service of American railways, a racy description of some of his footplate experiences in that land of spectacular railroading." but later on, we revert to type, "TRAINS ANNUAL 1952 concludes with a symposium on what the railway motive power of the future is likely to be" (spoiler, we don't know but we like steam engines)

Times have changed a lot but I bet some of the articles in here would sit quite nicely in modern magazines. They are well-written if a bit on the dull side occasionally, but dull can sometimes be seen as "worthy" in the same way that sour tasting medicine is considered to do you more good than the nice stuff. The best are still perfectly readable though.

Today, we would get to know the authors first names and possibly not their qualifications, but times change. The USA would have seemed as remote as the moon in 1952 for most children, now many will have visited in person and all will have seen it on TV and not just in cowboy films at the Saturday morning flicks.

The owner of this book was definitely an enthusiast though. He's ringed several British locomotive number in the captions - cops!