Bridges, shunters, baseboard builders and a photo shoot in BRM

May's BRM has been a busy one for me. A quick run down of my bits'n'pieces: 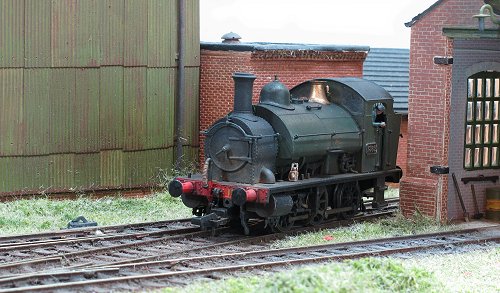 I've taken Heljan's 1361 tank and added a bit of personality to the RTR model. There are a few modifications, number plates, coal, pipes and quite a lot of new paint and dirt. 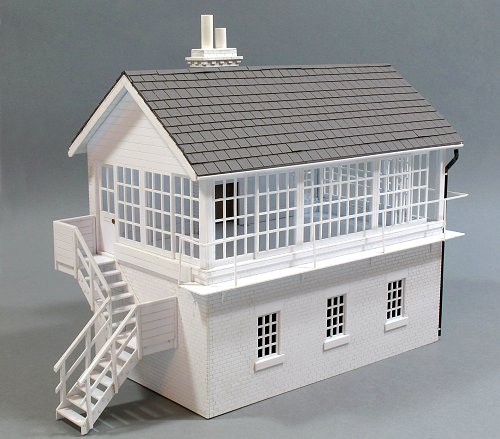 In 7mm scale, how about a signal box? This kit from Polak isn't quick to build, but it goes together well, the result looks good and it is pretty sizeable. If you can glue a plastic kit together, this laser-cut model won't cause you too much of a problem. 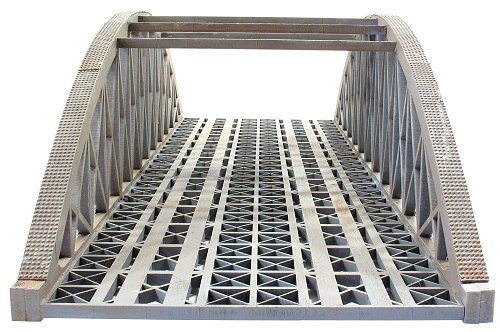 Rather faster, think an hour from opening the bag to finishing painting, is this laser-cut MDF bow girder bridge from ScaleModelScenery. Loads of bridge and so quick and easy to assemble. 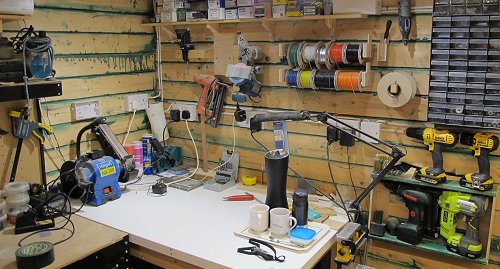 I had to brave a trip around part of the M25 to visit Modula Layouts in Billericay to collect some bespoke baseboards for a future project. No laser cutting here, just proper craftsmanship and some really useful ideas. As I say in the article, I meet at least two couples a year who would benefit from the services of someone able to give then a leg up towards building a layout. 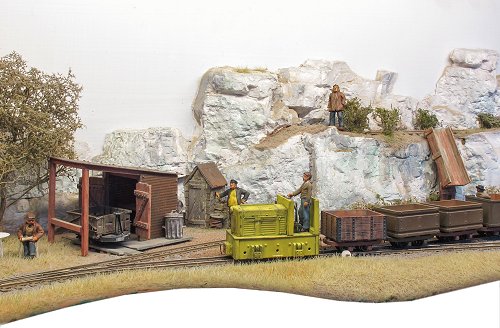 My first layout photo shoot, the O9 model "Buttermere Mining Company" was carried out at the Small & Delightful show a few months ago. 7mm scale running on 9mm track is an unusual combination, but Bill Flude has made a lovely job of it. I'd really like to have a go myself...

On the DVD, I'm demonstraiting hill-making skills with polystyrene. Having spent hours talking about this at various shows, it seemed sensible to put this on the disk so people can replay them at will. 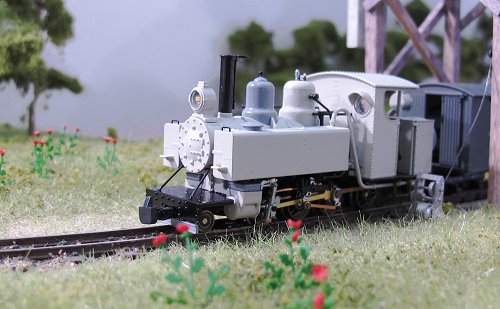 I'm also talking to Steve Purves from Bachmann about thier new 009 models as we watch the first Baldwin tank circle Owen's Bridge.

And if all this isn't enough, here's Andy York and I standing on a level crossing talking about the contents:


Read more about the May 2017 issue of BRM over on RMweb.