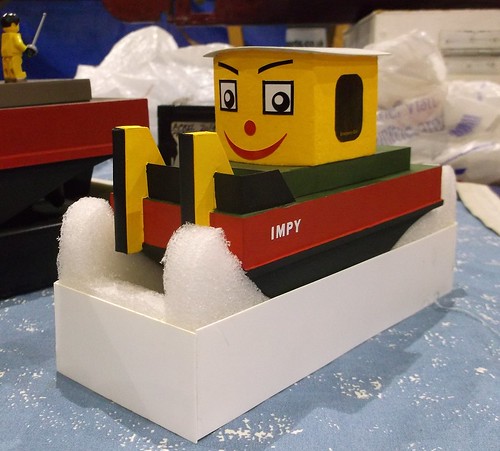 A couple of years ago, Coalville show nearly died. Fortunately, it was saved by Iain from Component Shop and this years even was the best yet.

Held in a leisure centre not far off the M42 or M1, we'd agreed to bring a display for KMBC. Not a huge one, 6ft was plenty, but large enough to promote our upcoming lifeboat and warship events.

6ft is also enough when all the boats come from my father and myself and need to fit in the back of the car. This seemed a lot easier than trying to co-ordinate several members boats attending an event 50 miles away from home. The idea of someone announcing "Can you bring my boat back for me on Sunday, I can't come after all" didn't appeal much. Sometimes it's just easier to work with things under your control.

Many other clubs didn't worry about this and indeed it was noticeable that quite a few models only appeared on the first day. This seemed a bit rough on Sunday visitors who would have seen a slightly less impressive display than those on day one. Not a big difference, but I noticed several that I wished to re-photograph and couldn't. 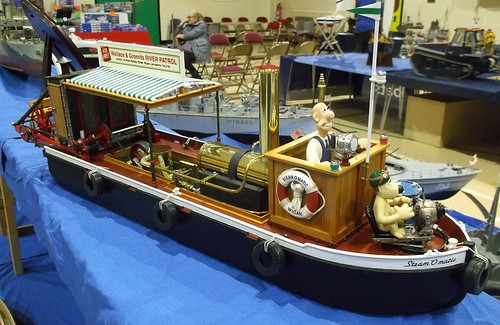 Anyway, the event itself was great. The outside edges of the hall were full of trade stands. Had I been looking for a new model boat kit, my choice would have been impressive. As it was, I bagged several fittings for existing projects. I like to be able to browse the little bits and pieces rather than try to order over the web. Aside from being more fun, it's easier to get exactly what you need. Model boaters suffer from working in a large variety of scales and sometimes you need to make use of parts not exactly the size you need but close enough to do.

Catering should have been terrible but in fact was excellent. Each day started with a fresh sausage cob (we are in cob country) lunch being a delicious chicken wrap. If there was a problem, it was the fresh cooking that slowed delivery at peak times. That and customers who refused to pay attention when their order was called for collection. 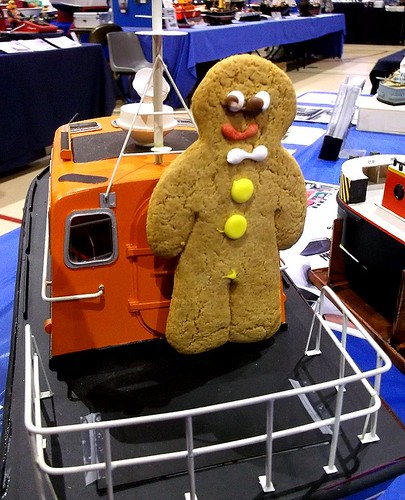 Sailing took place in an ingenious pool outside the hall. Fortunately the weather held to allow this.

On display were a huge number and variety of boats. For the fiver entry fee, even on Sunday I thought it excellent.It looks good for next year too - apparently the traders were happy and numbers, although still recovering - were good enough to make it worth it.

Loads of photos on Flickr.
Posted by Phil Parker at 5:30 AM