Exhibitions always evolve and York more than most. Now in it's 55th year, there are certain stands that should be where you expect them to be, and when things change, it can be a bit of a shock.

This ought not to be a problem. After all, people, even model railway traders, get older and want to retire. Others come along and add freshness to an event. The hobby itself has changed a lot since I first visited the show back in the days it was in the centre of the city.

Needless to say, one constant is that York is always worth the trip.

Most of my time during the day seemed to be taken up with chatting. It's my job and an excellent chance to catch up with old friends. 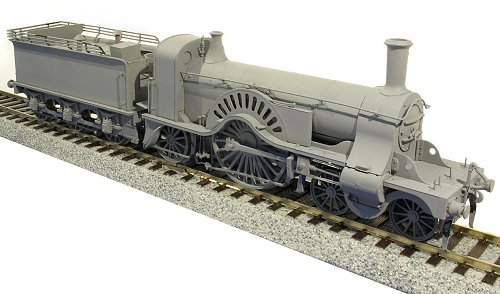 One target for the day was to meet up with Bill Schneider from Rapido and examine the latest sample of their forthcoming Sterling Single locomotive along with the newly announced Dynamometer Car.

Both look excellent as they progress toward the manufacturing stage. Bill is always great fun and didn't mind at all when I asked it he had just sprayed an old Kitmaster model and stuffed a tender drive in it. More to the point, he didn't mind when I moved everything around on the stand so I could take some nice photos with plain backgrounds. At least he said he didn't...

Before this, Paul Martin at EDM showed me a rather special Korean brass large scale diesel shunter. Powered by a battery and fitted with radio control, it would make a rather nice basis for finescale layout in the larger scales. 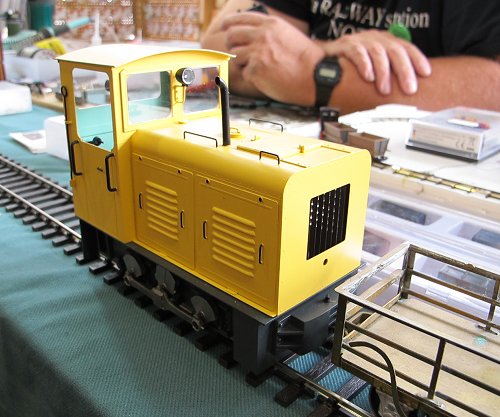 The idea of building something large and detailed has been taken up by Tony Hill with his lovely chunk of Wales in 16mm scale. 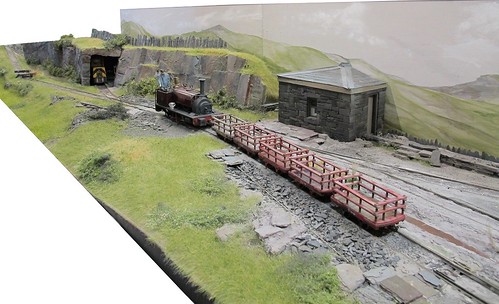 It's rare to see this level of treatment given to a large scale model but of course Tony is a scenic expert so the Melin Llechi looks fantastic.

Moving down to O gauge (how often can you say that?) Thorne Hill Colliery is a fairly simple and compact (for 7mm scale) 10ft long shunting model. 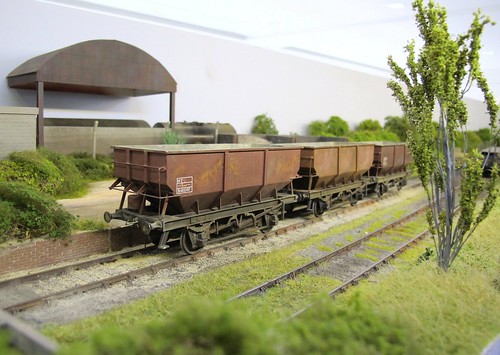 Displayed at a reasonably high level, the greenery provides some useful view blockers that mimic watching a real life railway. Rolling stock is large with a Class 37 shunting while I watched and several bogie wagons moving around.

I've never been able to get into the Tewrry Pratchet Discworld novels, but those who have will enjoy Angst-Lesspork which is based on his novels. 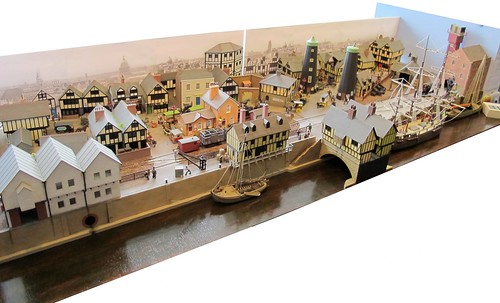 There was a wealth of detail for keen spotters but I liked the overall impression and most importantly, it was different. Mind you, York isn't generally home to dozens of RTR stuff tail chasers, so it's a very suitable place to see such a model.

What it isn't, is somewhere you expect to find amazing quality model boat building. 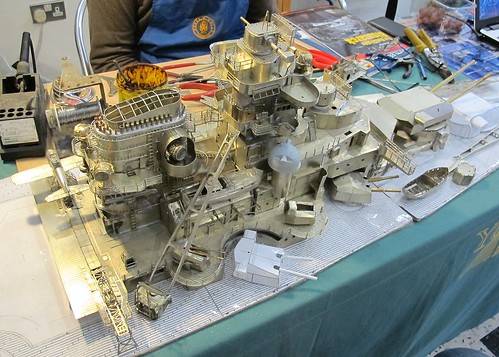 But on the ground floor, there was Mike Williams doing just that. He is constructing a 1:200 scale model of Bismark entirely in etched metal. The level of detail is incredible and it's a real testament to someone who really knows and understands his materials. And yes, it will float, that's why he's building it so large. And smaller and the displacement would be too small to allow this.

You'll be pleased to know the catering was as good as ever. Reasonably prices and the queues weren't too long. On a damp day, having somewhere to sit and eat with a knife and fork is preferable to squatting in a corner with sandwiches.

Sorry the layout report is a bit short. There were loads of superb models. Too many for me even to photograph, but what I did can be found on Flickr.

Pratchett introduced railways to the Discworld near the end of the series, so a model railway set there is a good choice.