So what did you buy at Ally Pally then?

I don't really understand it, but people seem to like to post "wot I bought" stuff on-line and so to immerse myself in the zeitgeist, I will do the same for the bounty acquired (with my own money) from Ally Pally. 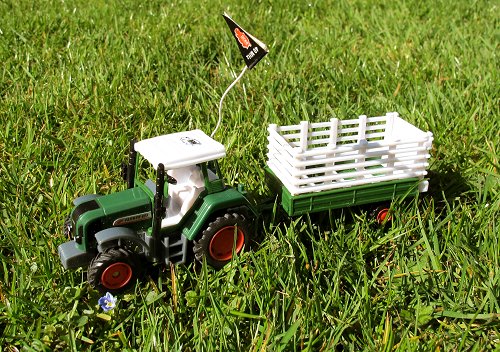 First buy of the weekend is a radio controlled Fendt Tractor from Dickie Speilzeug. Charged and ready to roll in 40 seconds, despite being from the second hand stall, it works fine. Those big wheels allow it to deal with lumps and bumps in the floor, although grass defeated it.

When I first looked it it, I thought the scale would be around 7mm, but placing a figure next to it, it's far closer to 4mm. These modern farm implements are mahoosive so it's an easy mistake to make. Tractor nerds - the model is 80mm long and 44mm wide. If you'd like to suggest prototype dimensions, please do. My guess is that one day the guts might end up in a 7mm scale model. One day. 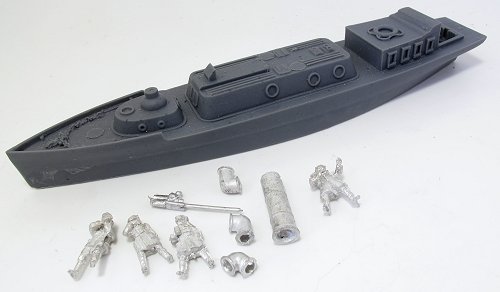 I'm at a model railway exhibition, so I bought a boat kit.  This is a Pinacle steam launch armed with a 6 pounder gun. Kit comes from SGT's Mess models and appealed because I'd recently seen a prototype at Portsmouth and really fancy modelling one. There is a Billings kit for the same thing in my stash (bought cheap) but it's a "challenge" to build into a working model. This one is aimed at wargamers to should be a simple stick together model to scratch the itch.

The hull is a single resin moulding with a smattering of white metal details. 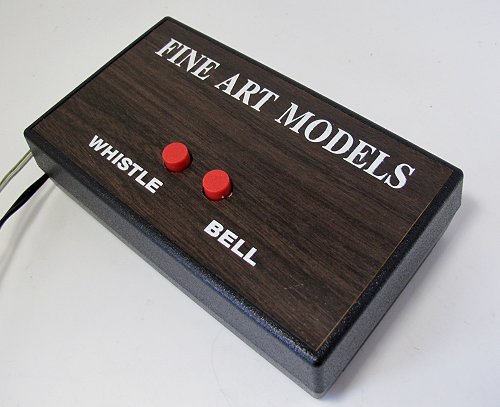 Finally, a sound system. No idea who Fine Art Models are, but I'm thinking American. For 2 quid, it's a fun addition to my ancient sound systems. I need to wire up a speaker to one lead, and the other seems to be a home brewed power input, despite the box being fitted with a PP3 battery.

I like the wood effect top, something that reminds me of 1970s American cars for some reason.

Anyway, that's the interesting stuff I bought. Sorry very little came in a box so I could make a video...

About what scale is the boat? Just wondering if it might grace a harbour scene in the future

The figures are the same height as a 4mm scale ModelU one I have to hand. Not sure where this boat will end up but I know someone with a WW2 layout so I might sneak it on there at some point.

The tractor is a Fendt, I think. A slightly bigger version than I used to drive: https://workbike.wordpress.com/2015/11/16/luxury-transport/ If you tell me the serial number I maybe able to find one at a local farm to measure.

It's a Farmer 409 according to the sticker on the bonnet. http://www.technikboerse.com/en/view/second-hand-machine/tractor/1556717/fendt-farmer-409-vario.html

For £2, that's probably the cheapest Fine Art Model purchase ever made (assuming it's genuine). They make handmade, ultra-high-quality, large scale trains, cars, ships, aircraft and military vehicles that retail for prices into the tens of thousands of dollars. See http://www.fineartmodels.com/Welcome.html.

Lots of those around here. Will try to cath one when I have a tape measure handy...