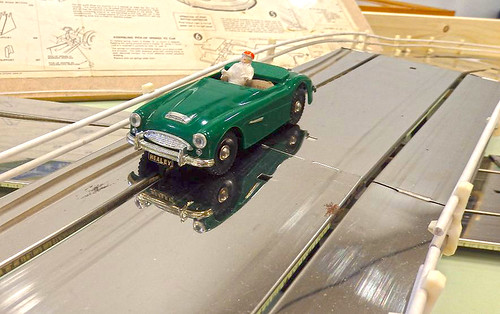 How do you encourage youngsters into a hobby?

The answer, according to the slot car world, appears to be to let them have a go at it.

Held at the motor museum, Gaydon, the UK slot car show boasted at least ten different tracks anyone could (under supervision) try out for themselves. And there were children of all ages aplenty doing just that. 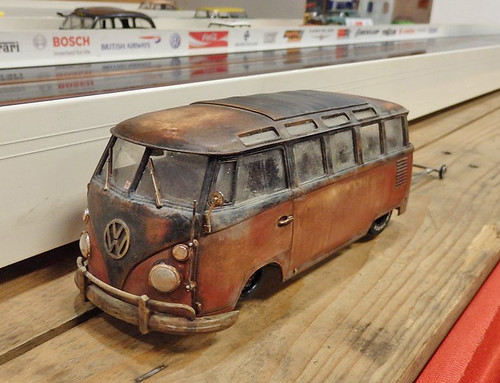 Being above all that sort of thing myself, I only drove a drag racing VW bus at a real 35mph, over 1000mph when scaled up!

And tried my hand at the Matchbox race'n'chase set I hankered after as a child. Just like last year, I still couldn't make the cars spin and head off in the opposite direction like the kids in ther advert. Oh, and there was some Wren 152, but if I'm honest, that's not very exciting as the cars seem to corner at full speed. 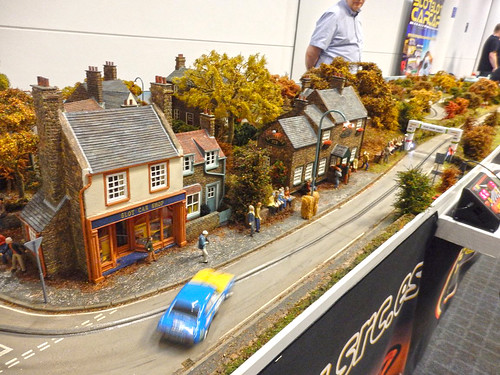 I really liked the Welsh rally stage model. Only one track, so you raced the clock, but a lovely model to look at and very difficult from what I saw.

Conventional wisdom on forums is that Scalextric is the problem child in the Hornby empire, but judging from the enthusiasm shown at this even, including on their stand, it has a bright future.

For a start, the entry level is low. £25 buys you a 1/32nd car, although obviously if your pockets are deeper then you can pay more for some really superb and interesting models. It's exciting too and so stands a chance of rivalling the thrills offered by computer games.

What is needed is a club network so miniature racers can compete against each other. There are clubs, but mainly in the south of England, home to a serious number to slot car swap meets too.

Anyway, I enjoyed myself and certainly plan to go again. While not the competitive type, I could see myself enjoying building a car and racing it. The joys a shelf full of cars as a collection can't be argued against either.