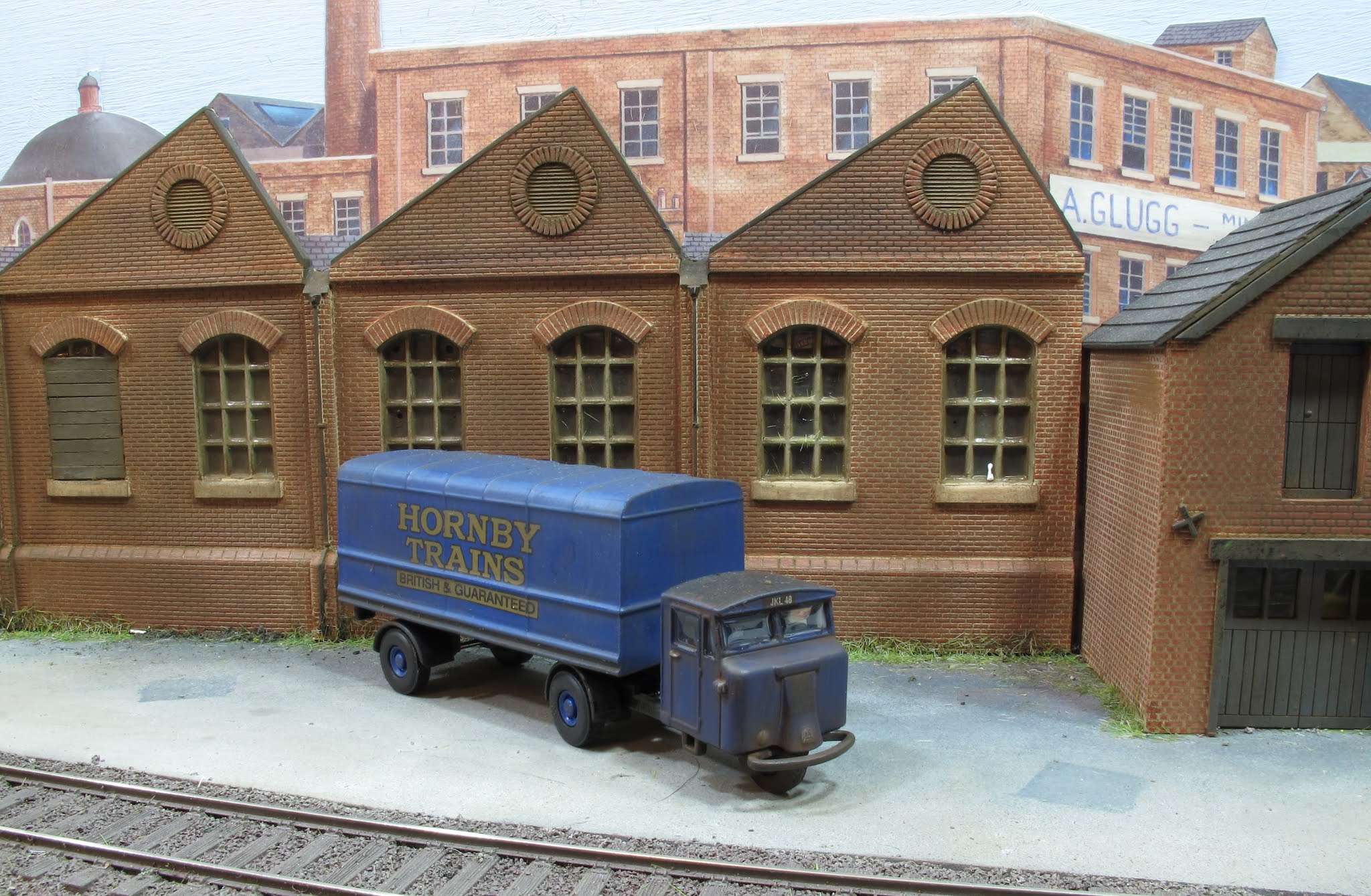 The Scammell weathering turned out to be a lot more involved than that for the VW.

For a start, while the trailer is screw assembly, the tractor is all rivets, so much work with the drill to get the thing apart. 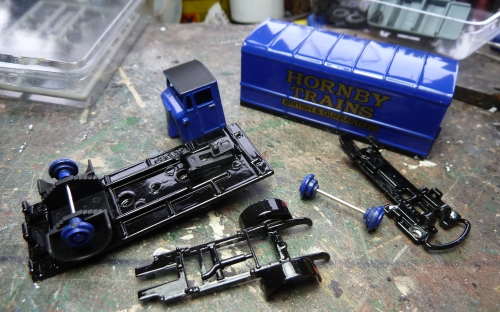 The glazing was particularly difficult to remove. Eventually, I just broke it up in the cab since I planned to replace it anyway.

After a spray of matt varnish, and being left to dry for a couple of days, work started with a bit of dry brushing. Humbrol 25, let down with some 147, proved to be a nice soft shade to match the original paint, just highlighting the detail and making the model look worn. 67 did the same for all the black areas.

Then it was powder time. The plan had been to dust the model, then wipe it down and finally, dust a little more. In the mostly plastic trailer, this worked perfectly.

The tractor though - well, wiping down with water caused the varnish to lift away. Obviously, it didn't like sticking to the really smooth paint on the metal. Eventually, I wiped it all off, set the model aside to dry and then shot some of my precious Dullcote on it.

Running out of time, the model was warmed on a radiator for a few minutes and then powdered dry. Lots of brushing, but no water. The result is a dirtier tractor than trailer, but not unreasonably so.

Reassembly involved superglue followed by Glue'n'glaze glazing. The result isn't bad. OK, it's not the amazing weathering possible if you have lots of time. I didn't, but sat on a layout, it will look fine, and upset the collectors.

I suspect this would probably really **** off a number of collectors.

After all, for a number of them, only ONE finish is permissible - and we know exactly what that one is.

Of course, this would be perfectly fine - if they were talking about one of their own models - by which I mean one they'd bought with their own money. However, they are NOT.

This is one reason why I don't tend to say too much about my own personal preferences - certainly not to people who don't know me too well. It's a bit like politics and other "elephant in the room" topics.

Well, in one sense, it might be seen as a form of "politics" - in much the same way as "office politics" - by which I mean generally going out of my way to avoid getting drawn into "pleasantries" - a bit like another sort of politics, really.