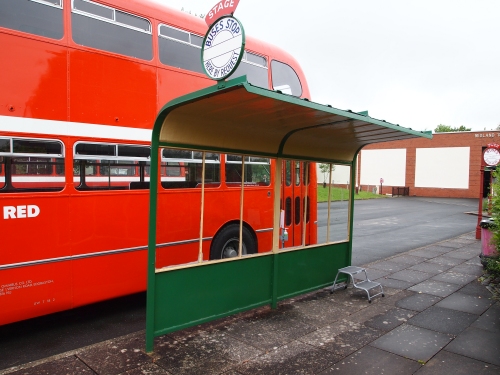 A few weeks ago, I mentioned that Brummie buses didn't stop at shelters looking much like the Merit concrete version. Birmingham had it's own spindly metal design, which appeared all over the city.

As far as I know, none still exist in the real world, and I'm not going to tour the bus routes to find out, but Wythall transport museum does have one, and I've taken some photo and measurements. 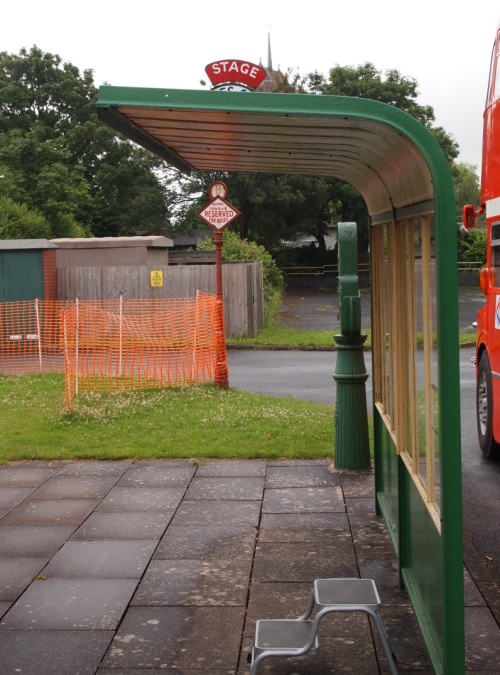 A few detail views too, in case I want to try and make one. 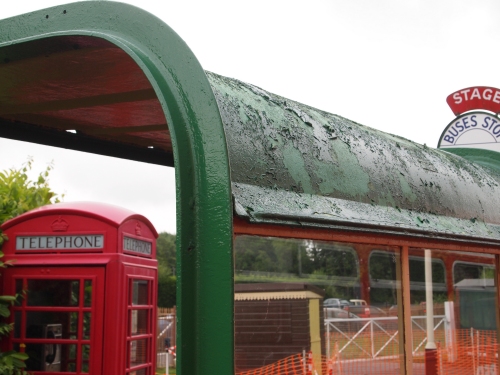 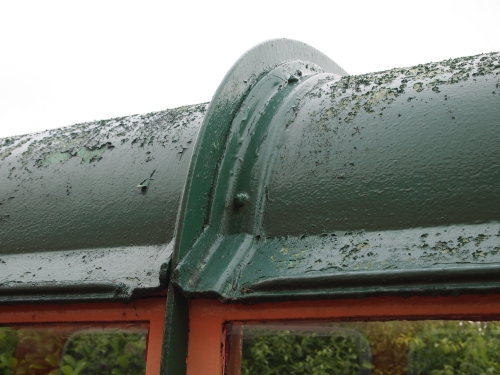 The shelter seems to be a mix of steel and fibreglass - for the roof panels. It would have been a revolutionary material when these things were built!

For modelling purposes, I can only think of etching. There's no other way to achieve the strength for a model that will survive, and delicacy of the window bars etc. Maybe you could cut it by hand, but I doubt the result would be particularly neat.

The measurements for one bay (the stop photographed has two) are below in scruffy notebook form: 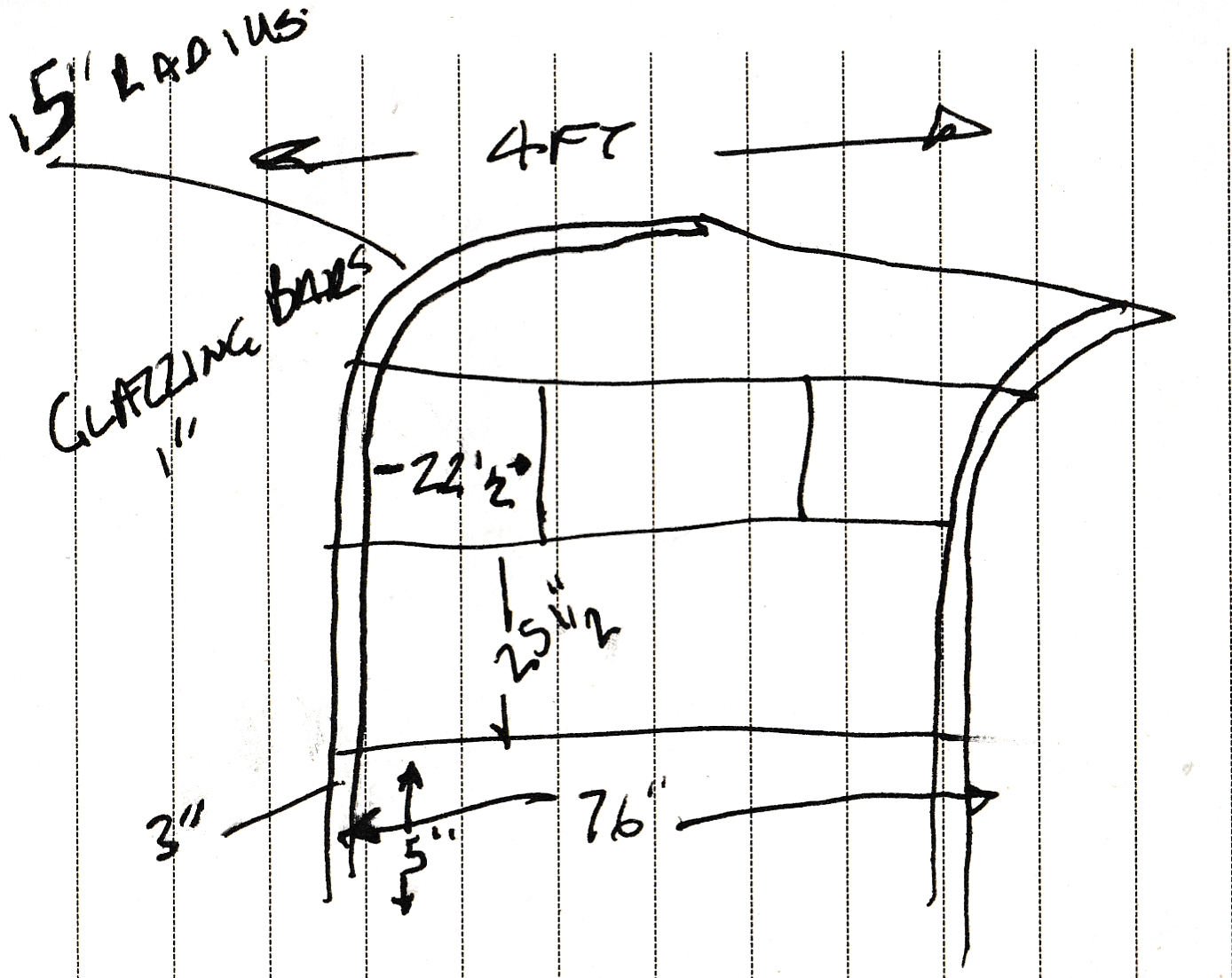 I'm not planning to build one at the moment, but it's useful to have the information - and this post might help someone else!

Thanks James - Can't find one at the moment, but will keep an eye out.

My other suggestion would be to use clear plastic for the structure, and paint over the roof and lower panels, then apply thin plastic stip for the glazing bars and ribs. I was just looking at an Oxford diecast box and thinking you could sand the edge to make it more rounded. The final result would still be a little thick but would at least be robust

Or use clear plastic for the structure (Cut from a display box?) and paint over the panels, using thin plastic strip for the glazing bars and bay ribs?

Guess who has been having trouble with the reCAPTCHA

If I were building one, I'd be tempted to try bending some brass etch offcuts - with bits of wire soldered to either side - and spaces left for windows (OHP film or packaging scrap?).

If I had a bending jig, I might even try bending up some scraps of N gauge N/S rail - and (you've probably guessed) solder them to the brass.

Another option might use curved sections of rigid plastic bubble pack - with "opaque" panels painted or covered in PVC insulation tape. For a larger scale (O?), corner sections from Ferrero Richer boxes might also work.

If you built it around a pre-curved section of a clear but relatively thick plastic box to provide the strength I think you could get away with it if the ribs on the outside are relatively fine - could you use the silhouette cutter to produce them? You would have to sacrifice detail on the interior, perhaps suggesting the ribs with thin tape. Then it would be down to careful positioning on the layout .