Finding a railway at the slot car show 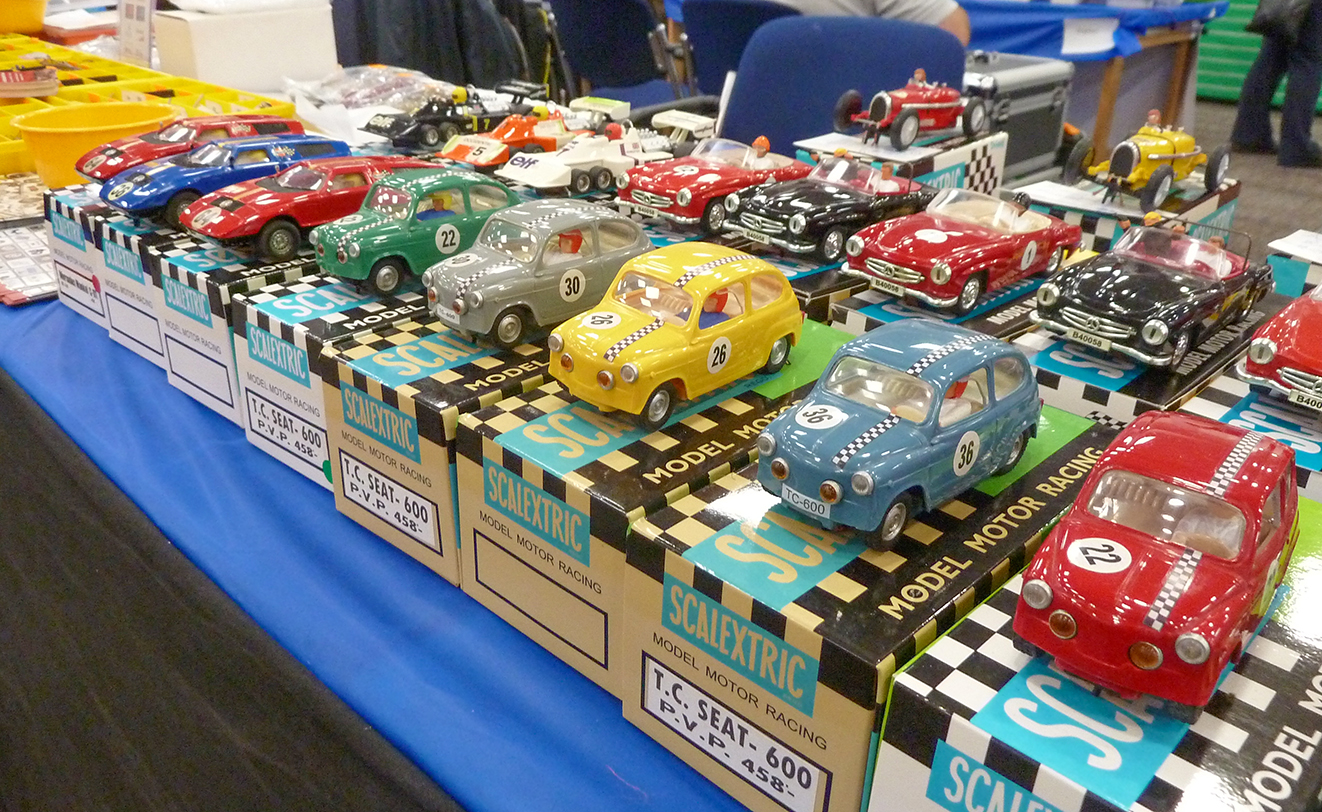 I've been trying to include more non-train events in my life recently. You can get rather too deep into the hobby, especially when it's your job as well and I've been feeling like I need a break over the last few weeks.

Sometimes though, you can't avoid the things. There I am at a slot car show (I go because my Dad is interested...) and what do I find? A G gauge railway! 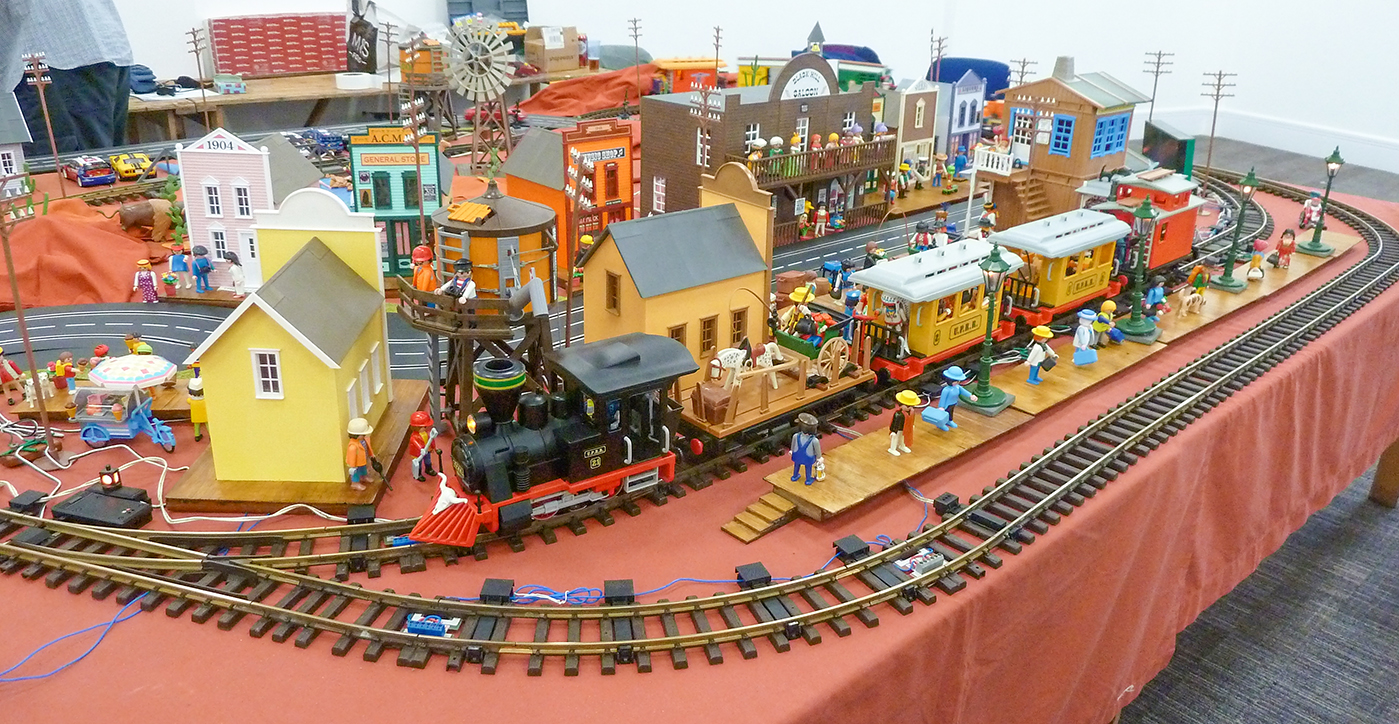 Impressively, this is all Playmobil stuff, the sort of thing I would have dreamed of as a kid playing with my Playpeople. Sadly, they don't make the railway range any more and being based on LGB mechanics, it's popular with large scale modellers.

The track was interlinked with a slot car system. In theory, the trains and cars can't crash... 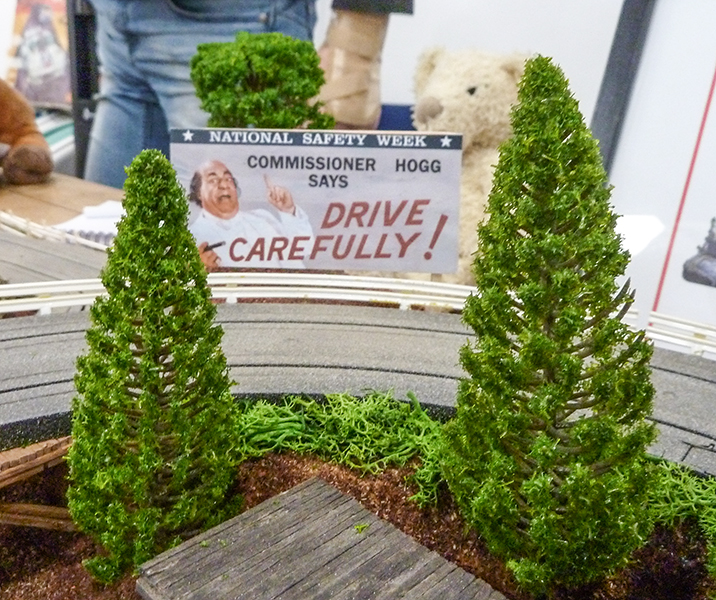 Elsewhere there were more tracks to try than ever before and a good time was being had by all. It still impresses me just how much younger the audience is at this show compared to any of the other I attend. Maybe it's all about reaction time?

One pleasant surprise was bumping into Kit "Mr Tilt" Spakman. He turns up everywhere including railway shows! This time he had a 1/32nd drag racing Hilman Imp in his pocket, a model of a real car he'd owned years ago with a friend. It just shows, some people are interested in all sorts of things. 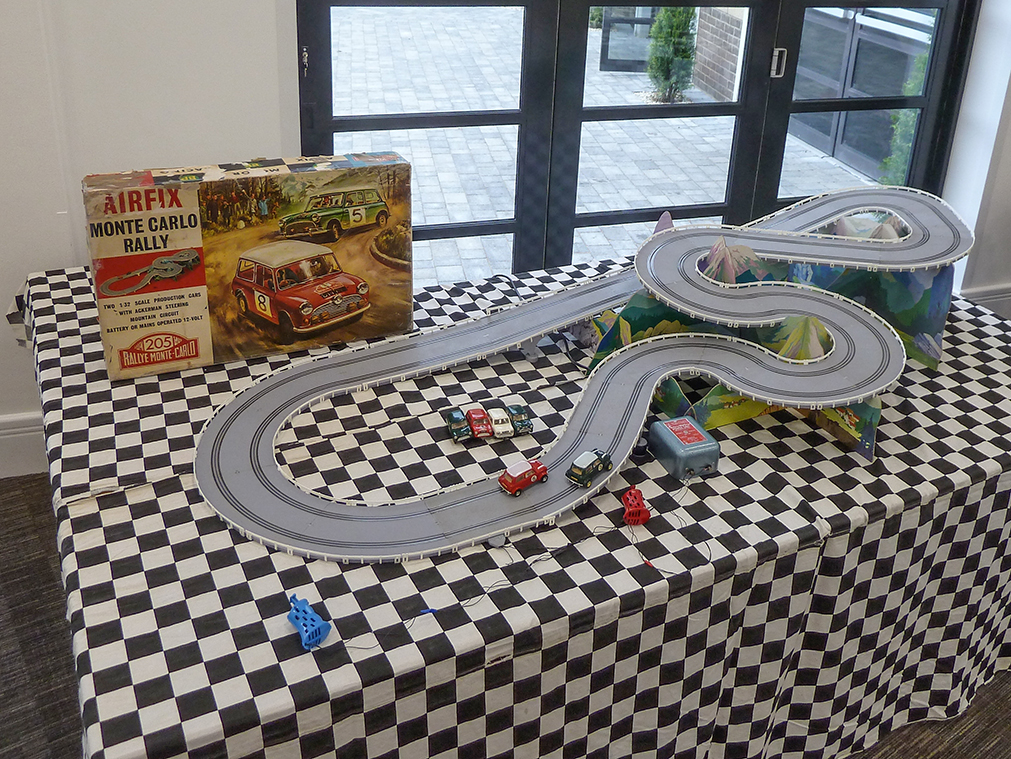 An interesting point about trying to get away from "toy trains" occasionally - and one reason why I don't think I'd choose to do anything in this line for a living.

However, I wonder if slot cars are really the best way of getting away from "toy trains". After all, they are guided using plastic ploughs (fitted with strips of co-ax braid), running in a slot between two metal rails on the track - the same rails that also carry the "juice".

Some people might be tempted to suggest that you're actually looking at toy trains - albeit served up to look like model cars.

Please don't misunderstand me - there's nothing wrong with these things - and loads of us like them, too - but making toy trains that look like cars is probably the most effective way of getting model cars to move and race.

Just an opinion, you understand ... .