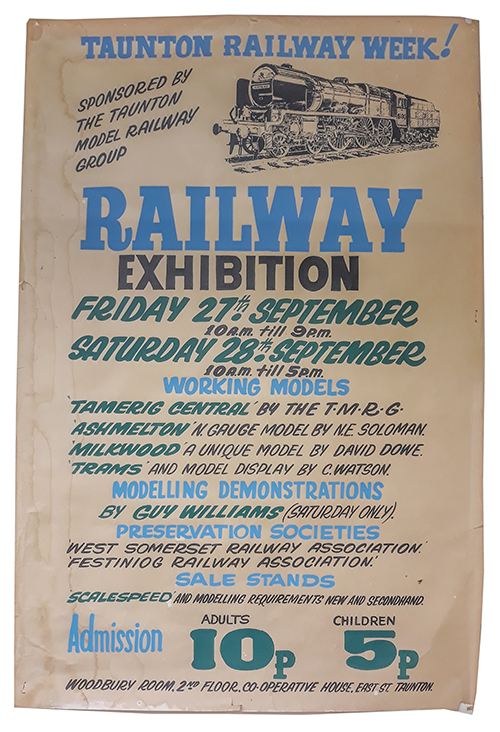 Some proper history here, but from what year? I think it's 1974 as the other option that would seem to fit with the design would be '68, pre-decimal for those bargain admission prices!

A week long show taking place in the Co-operative House, which I assume houses the Co-op, sounds interesting. Quite a comitment for a club to man three layouts and a tram display. Even now, with plenty of retired members, that would be difficult. 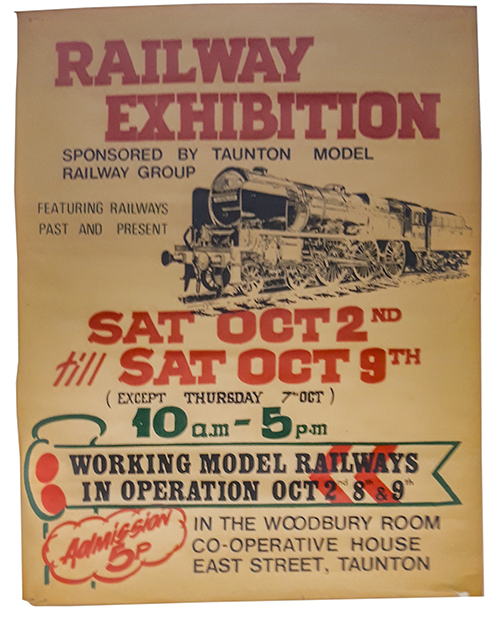 Why no Thursday opening though? Early closing day? 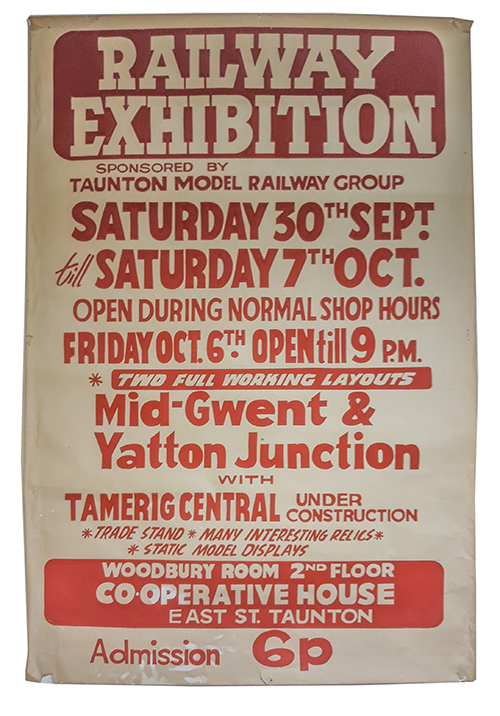 Prices have rocketed on this last event. Stern letters will have been dispatched to the editors of Railway Modeller and Model Railway Constructor (that's what people did before RMweb kidz) presaging the death of the hobby.

What I love about these is the design. No computers were used, this was a job for a local print shop. I remember our club having to trot down to Hammonds, the local poster maker every year back in the 1980s. I think he sign-wrote the 6-8 we paid for. We had to use him as he owned the rights to the only sites in town. He always did a good job too, although his locomotives were a bit more cartoony than the ones in Taunton.
Posted by Phil Parker at 5:30 AM

"Milkwood" by "David Dowe"
Think that should be Dave Rowe. Remember seeing Milkwood at Warley Show (when it was in Warley).
Appeared in April 1972 Railway Modeller and I believe it is still around.

Milkwood is currently owned by the Welshpool Railway but not on display at the moment.