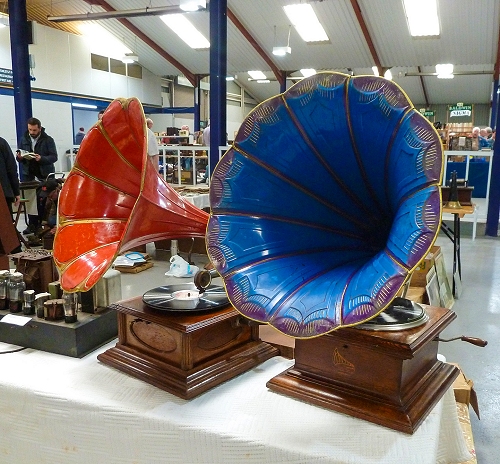 Ten pounds to go into the antique fair? Makes toy train show look like a bargain...

Still, I like to go to non-train events and I was sure I could extract a tenners worth of entertainment from the day. It's not that much dearer then seeing a bad film at the cinema, for example, quite a lot cheaper if you buy popcorn. 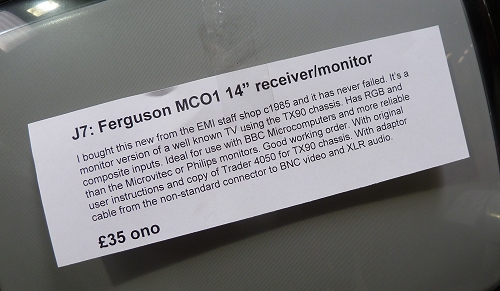 Don't get me wrong, this is a proper nerdy event. The place is full of people fascinated and knowledgable about vintage radios and telephones. If you want valves or the bits to restore a bakelite handset, this is the place. 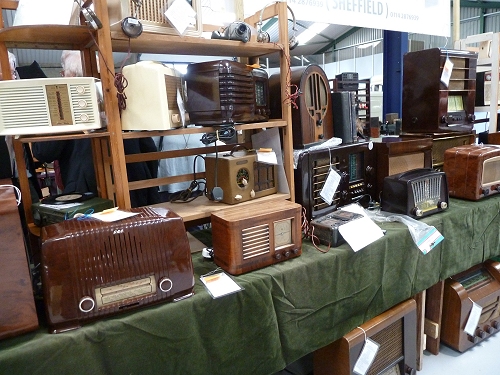 I've no desire to collect wooden cabinet radiograms and didn't find it hard to resist interesting plastic novelty radios. OK, the original, boxed Sinclair X-10 radio was a bit tempting, but not at 60 quid. I was a Sinclair child at school, knowing full well that my home computer was superior to a Commodore 64. 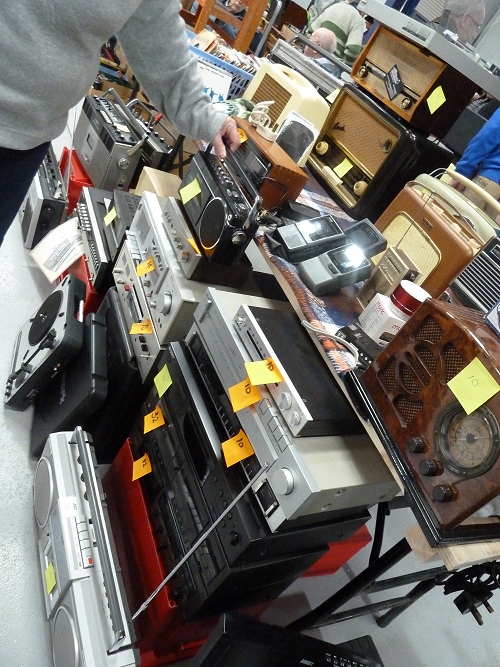 Serious enthusiasts or traders can get in early for £25 and when I arrived, they were carrying out bits of stack stereo system, some of which look a lot like my venerable stereo, bought from Richer Sounds many years ago. Have I bought a classic? 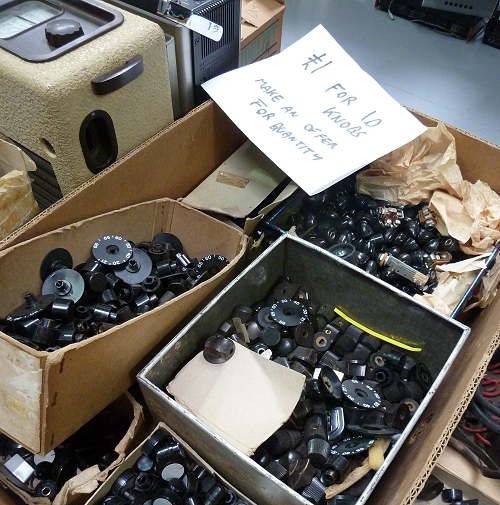 One thing this show is really good for is collecting parts for steampunk projects. I've got one in mind and some knobs and screw terminals were acquired for no money. There's also a voltmeter, but I'll come back to that in a later post.
Posted by Phil Parker at 5:30 AM

"One thing this show is really good for is collecting parts for steampunk projects. I've got one in mind and some knobs and screw terminals were acquired for no money. There's also a voltmeter, but I'll come back to that in a later post."


I take it that your future project doesn't involve digital command control of model trains ... .

Joking aside, if (as well as voltmeters) there'd also been some working AVO 8 Mk.5's at sensible money, I can think of a few people who might have been very interested in this event.

Of course, I might be looking at this from a slightly different angle to you. A number of years back, my uncle fixed TVs for a living (and he's still interested in electronics).

He also got me interested in electronics - interested enough to do a college course in the subject - and some of the students I met on my course were radio amateurs.