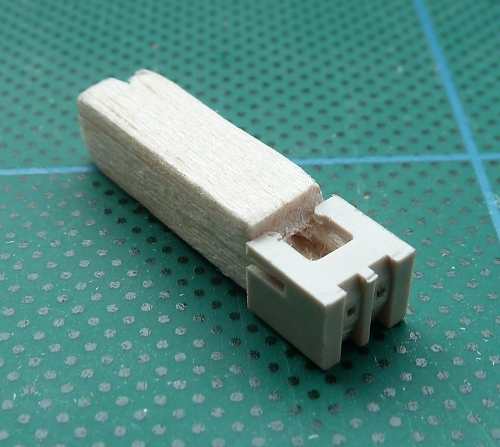 Deep inside R2D2, there is a box. In the box is a computer. Into the computer plug many leads. Each lead is inserted into a socket.

And one socket was rattling around the the box, and not attached to the board.

Sliding the socket over the very fine pins seemed like a good idea. Guiding the plug on without the socket might be a recipe for bent pins and disaster.

Persuading the socket to slide over the pins while holding it with some long nosed pliers was an exercise in frustration. Things got so desperate that I considered cutting away some of the box so we could see the pins instead of furkling around. For the moment, it was left and I went to a beer festival instead.

In the shower the next morning, I had an idea. Make a balsa stick the right size to hold the socket. The pins will push into the softwood (yes I know it's technically a hardwood) and all will be well.

A few minutes whittling by my Dad (it's his robot after all) produced the tool. He carved a little bit away for the pins to slide into unimpeded.

Two minutes was all it took me to fit the socket. A LOT less than the day before! 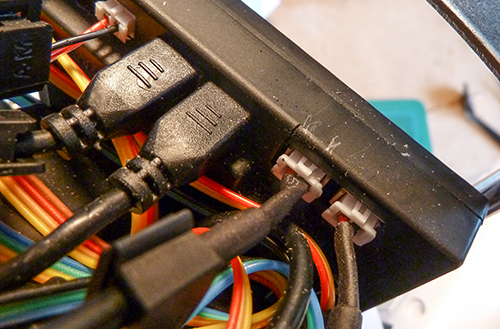