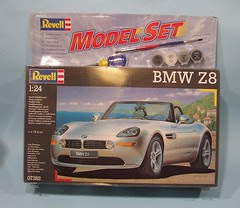 Let me give you a bit of what management consultants call a "heads up". One day I will be King. It's an obvious move really, I'd have thought of it before but at school careers officers don't seem to suggest this sort of job, preferring to rattle on about being an accountant. I think I will be a very good king - at least I won't be any worse that the idiots we've elected to the job of ruling the country for last several decades.

One of my first improvements will be in the area of transport. If you drive, then you know there are two major problems with the UK road system: Too many cars and lots of terrible drivers. I plan to fix this with one simple act.

Owning a BMW will become punishable by death.

Since the most psychopathic drivers are those in what da kidz call "Beemers" then you'll immediately see the wisdom of my plan. I've mentioned this to plenty of people and they generally admit I'm right. All except for one consultant I worked next to for a few months. Strangely though, the rest of the office agreed with me.

Anyway, for Christmas someone thought it funny to by me a Revell kit for a BMW Z8.

Since it was Christmas, a day that ends surprisingly early with a feast of gogglebox watching with a tummy full of food, and what with me getting fidgety if I don't do something while watching telly I had a go at putting it together. Since I wasn't 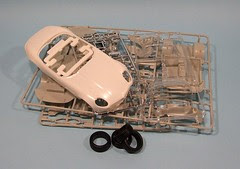 fussed about the end result and building the kit was easier than storing the box it seemed like a plan. Oh, and I had some Organic Raspberry Beer to help matters along.

In the plastic packing I found a box containing a kit. Some acrylic paints and a weird double ended paint brush. There aren't many bits to assemble and the diagrams seems to show a lot of painting while you go along rather than sticking bits together.

The kit bits fit nicely. Perhaps a bit of flash cleaning would have improved matters but not much. The interior tub fits the chassis which in turn fits the body well enough. There are chromed parts which are horrid in the way all chromed plastic is - too shiny and the coating is too thick.

On the other hand that paints were excellent. Coverage was good and drying time, important when you can't be bothered to wait, very quick. The brush marks don't show too much either. In fact the aluminium colour was better than many enamel versions I've experienced. If I have a complaint it's that the coats came out a bit thick and would obscure detail. It didn't stick to the chromed bits either. I had to use enamel here.

I did chicken out of painting the body silver, polishing the plastic with some Brasso wadding followed by T-cut looks just as good, sort of. Well better than just plastic anyway and to do it properly it would have needed spraying and I couldn't be bothered.

The wheels were fun and have nicely made rubber tyres. Apparently the fronts are wider than the rears. Not sure if this is right but reversing this put the brake calipers at the bottom instead of the side. By the way, I enameled these and the paint stuck well over the acrylic. BMW owners like calipers the colour of their eyes...

There is only one option for the builder to choose and that's hood up or down. I went for the former to keep the dust out and 'cause it hides the slightly slapdash interior. The acrylic gives too shiny a finished for a cloth covering so out came the matt enamel.

So, after a Dr Who (OKish), a Poirot (pretty but dull and I wasn't paying enough attention so can't remember whodunnit) and a bit of a thing with Clive Anderson being smug (that doesn't narrow it down much does it) I have a model car. It's a nice enough kit to stick together. There's not much detail but enough for most people. Model car anoraks will spend hours adding and refining bits but for a kit to stick together in lieu of Lego, it's a bit of fun. Presumably it looks like the real thing but I only ever see them in my rear view mirror flashing me to get out of the way (30 in a 30 limit, get a move on !!) or disappearing off into the distance.

One day I will get my own back. 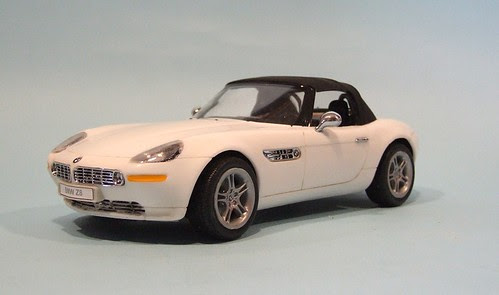 Looks super! Can I add Audis to that list, your majesty?

"If you drive, then you know there are two major problems with the UK road system: Too many cars and lots of terrible drivers."

Cyclists notice this as well.

BMW's (and Mercs, and Audis, and...) seem to have a rule- the sign with the red border is the minimum speed.

Here we have play streets where everyone has equal rights to the road, and the speed limit is 7km/h. I take great delight on these roads in riding down the middle at 7-9km/h with a string of expensive cars trundling behind...