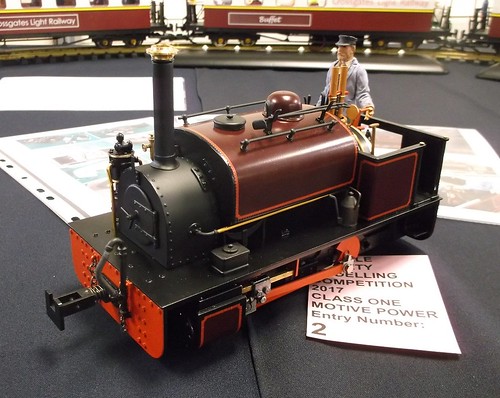 A common whine from people who take a brief break from their computer screens to venture into daylight and visit an exhibition is "I didn't see anything moving".

Seasoned exhibitors know that this is usually because they only allow a nanosecond for each layout between extended spells examining boxes on trade stands so we just ignore them.

Well, even the hardest core webmoaner couldn't fail to see something running at G Rail. Loads of layouts with great big, both in length and scale, trains trundling around for the entertainment of the visitors.

Quite frankly, if you brought the average "normal" family to the show, they would have left delighted. 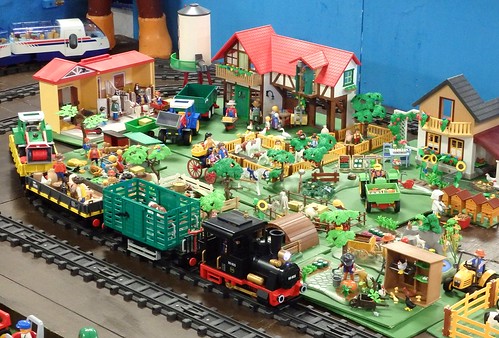 Starting with a massive Playmobil layout that kids can operate with radio control, there were several LGB setups and of course some live steam on a test track.

OK, so pretty much everything is circuits laid on baseboard only just big wide enough, but you certainly got close to the action. Most people try for some perfunctory scenery but it's an area largely unexplored here. 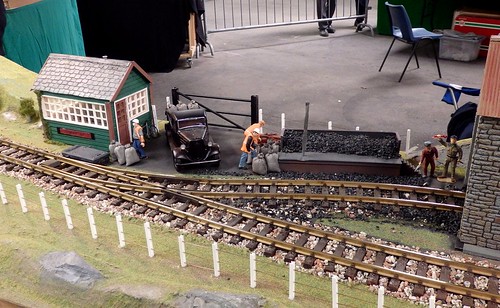 G Rail is about people who like trains having fun.Maybe that's why everyone was so friendly?

That's not to say there isn't quality modelling. Just inside the door was the competition with some absolutely superb entries. The quarry Hunslet at the top of this post is a GRS kit with superb paint and extra detail. I initially thought it was a finescale live steam model, but in fact it's a lovely example where someone has taken a kit well beyond a simple assembly. 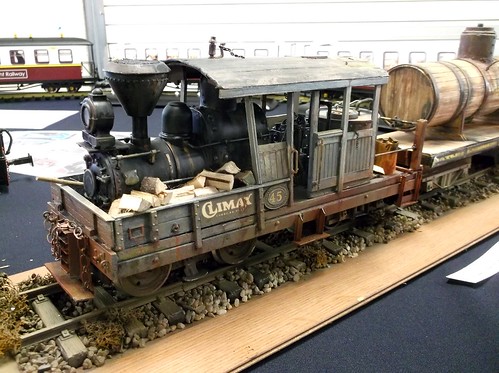 Trade was pretty good. While less than half the size of the 16mm AGM a month earlier, there was plenty to see and buy. Both box shifters and more specialist stands were present, although neither appreciated the rubbish mobile phone coverage the venue is notorious for when trying to use the card machines.

Crowds were thinner than perhaps you might expect, not great news for the organisers but it made walking around a real pleasure, as did the excellent cafe opposite the entrance!


Photos on Flickr
Posted by Phil Parker at 5:30 AM

Is everything ok? I've noticed a distinct lack of cake recently, normally the hallmark of one of your show reports.

Sorry. There was cake, a delicious lemon drizzle. It's in the Flickr album but, you are right, I didn't mention it in the report. Perhaps I'm getting too serious!

There used to be comments about the local "health foods" (that's right - they make you feel good).

This has now been replaced with talk about some particularly high quality model locos - on static display alongside record cards, on top of a blank sheet - how they never seem to move - and how a minority of show visitors get fixated on this and decide that it's DEFINITELY A BAD THING!!

Yes. Right. Whatever. I'm sure these professional critics will soon move on (even if they've convinced themselves that the models never will) - and take their negative "contributions" somewhere "dementors" might actually "fit in" (like in a Harry Potter novel).


Still, since when have I known anything? After all, I just go to modelmaking exhibitions for constructive reasons - to be inspired by other people's superb craftsmanship - to learn how to build things - to get supplies or background info for building my own models - or even just to maintain contact with people I've got to know over the years.


Anyway, the rant is over. I've got far more important things to do with my time - and I don't think I'm alone.