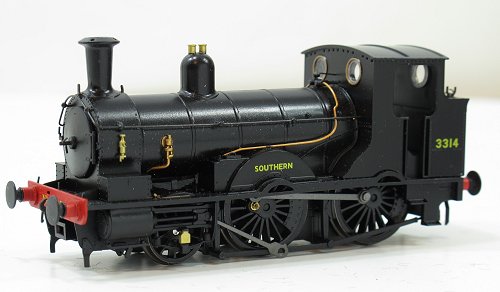 Beattie Well Tank. £25. Guaranteed non-working. How could I resist?

After yesterdays pre-production model bought from Kernow, I bought the production version while I was at it. Well, I've always fancied one but without a proper reason to run it, I left the model on the "one day" list. To be honest, building a Jidenco (I know) kit has always appealed a bit too.

Anyway, testing the loco on some track, it was dead. Sadly, the missing coupling rod screw wasn't the only issue. Back home, and with the souvenir of a local beer festival (a pint of rhubarb cider) to help, I decided to get stuck in. 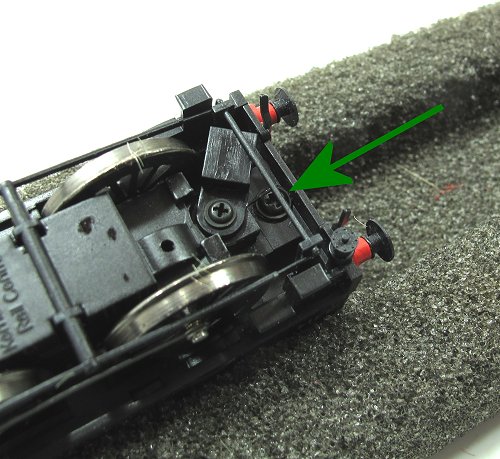 The instructions told me that removing the body was simply a matter of undoing one screw and then levering it off. That's true. It's a little bit of a wiggle, but I can't argue with the ease of doing things. It's worth getting your head around the idea that there is ONE screw. The other end is clipped in - in a manner I recall being promoted by Rice years ago. 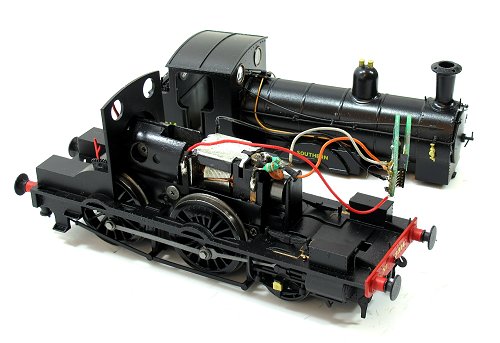 Lid off and there still wasn't anything obvious. Prodding around with flyleads full of 12V DC, I managed to get the motor, a nice skew wound 5 pole unit, working. This didn't make the wheels go around though. Worse, I managed to pull some of the wires off the PCB for DCC chips.

More disassembly, this time screws in the side of the chassis. The motor appears not to be seated properly. I also found out the wheels are connected by gears, not the obvious rods. Pickup is  through a split chassis, something I think is good but others seem terrified of. At least there's no annoying pickup wires floating around to get bent... 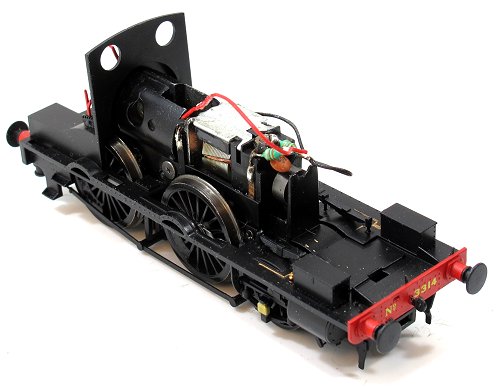 I have no idea how I fixed the gear train, but taking it apart and putting it back together again twice did the job. My guess is that the motor hadn't been seated properly at the factory. Whatever, I soon had it working. And most of the cider drunk.

A bigger challenge was getting the keeper plate back on the chassis. At the front there is a screw, and the bush for this had come out. I glued it back in and the front attached fine but the back end was flopping around uselessly.

Remember my point about the clip at one end earlier? The solution is that the keeper plate clips under a pair of hooks at the cab end of the chassis. Do this then screw the front in place and everything is fine.

All this fiddling around didn't do the wiring any good so I ditched the PCB and wired the thing up properly. I won't miss the ability to use DCC but it's a shame to lose the electrical suppression. I'll have another look at this in the future (I do it for model boats) if it bothers me. For the moment, I just can't watch TV and run the model right next to it. 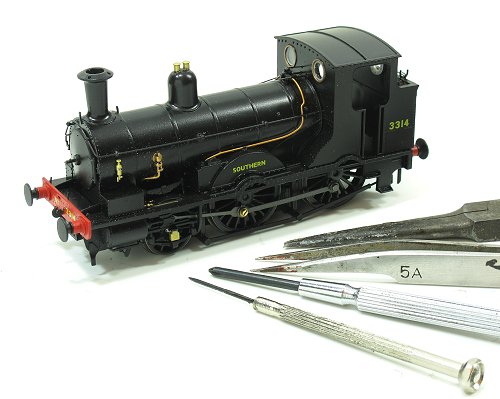 So, for £25 and 90 minutes fiddling around, I have a working Beattie Well tank. That's definitely cheaper and faster than building a Jidenco model!