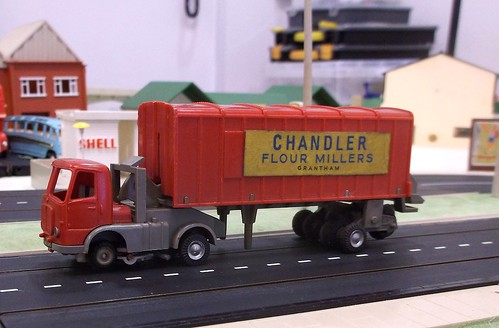 After all the lifeboat fun, Saturday afternoon was given over to the UK Slot Car festival at Gaydon transport museum. Last year's swapmeet whetted our appetite so my dad and I were keen to see the main event.

The show is pretty much split into two. As you get up the stairs you're thrust into the trade area with stands selling everything from the market leader Scalextric to esoteric resin kits, spare parts (new and second hand) and loads of scenic materials to make your track look realistic.

Beside this is the main hall of working tracks. The centrepiece is an 8 lane track of very substantial construction. When we arrived, there were time trials going on with what appeared to be 1:32nd projectiles. OK, they were sort of car shaped but also sort of concave wedge shaped. 6.5 seconds for a lap seemed to be the best time, certainly impressive but to me only a single step away from a video game.

The controllers were impressive though, knocking the multi-button DCC train versions into a cocked hat. Several looked distinctly home brewed but there were more professional versions for sale. Chatting to one owner, the knobs etc are used for tuning the cars response, acceleration, braking etc. It all looked horribly complicated to me but I expect this is what you need to compete at the highest level. 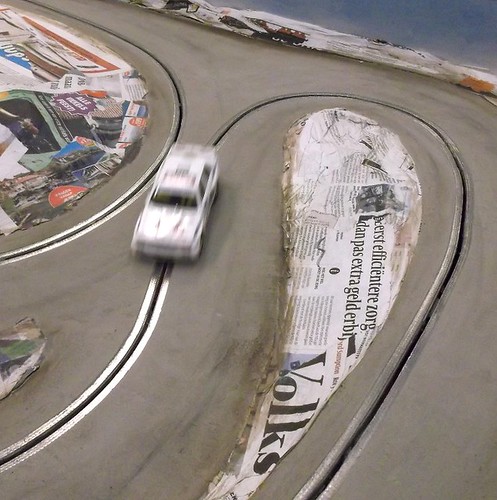 We did have the chance to get hands-on with some simpler setups. I say simpler, but the Luton clubs single lane time trial track had a particularly tricky corner which caught me out a few times sending the car spinning off the track. I'm sure with many hours of practise I could pick up my lap times, although I was just as interested in how the lovely buildings were made. 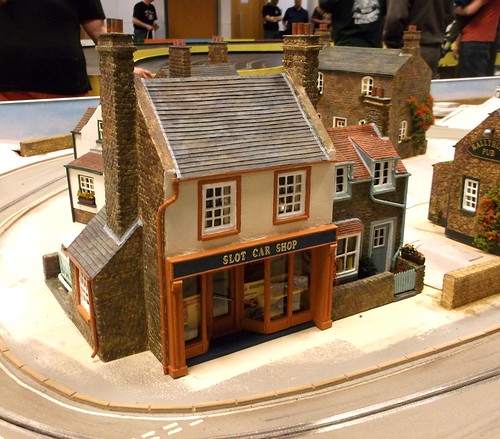 One of the most impressive things about the show was the efforts made to get people to have a go, especially children, or maybe they were just less bashful than the adults. Several tracks were open including a couple of drag strip versions.

I managed to have a go with some Wren Formula 152 models which really appealed to me. Sadly, horribly rare nowadays, there is an excellent website covering all the products in the range. 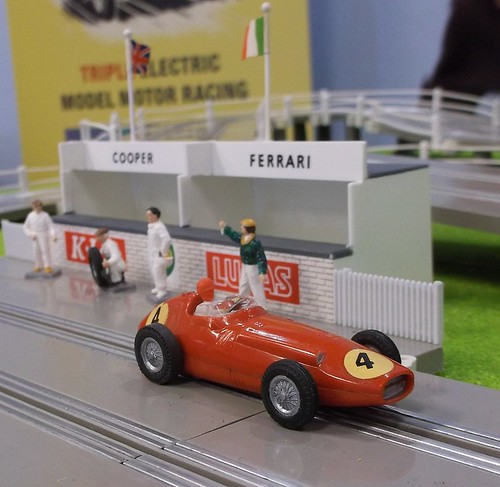 The real treat thought, was the Matchbox slot car range. I remember coveting the "Race & Chase" set when I was a kid. I mean who wouldn't want one after adverts like this?


Anyway, I would look through my mum's mail order catalogue and wishing I could have one. It wasn't really the racing that appealed, although the weekly Saturday fix of The Dukes of Hazard certainly made this appealing, I wanted to know how the cars spun around. Well, after explaining this to the owner, I got to try the police car. 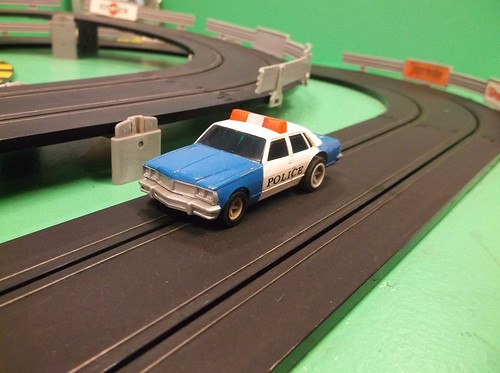 But I couldn't make it spin!

It seems that the Race & Chase controllers had an extra button on the top. When pressed this reversed the polarity of the power initially making the car shoot backward. On reaching the corner with extended edges, it carried on straight until momentum caused it to whip around and point the right way. Very ingenious - knowing how it works you can see what's happening in the video.

In more conventional models, the huge variety of cars on sale, and the level of detail now on RTR models impresses me. I think these Carrrera cars are 1:24th rather than 1:32nd but the (slightly) smaller scale versions look just as good. 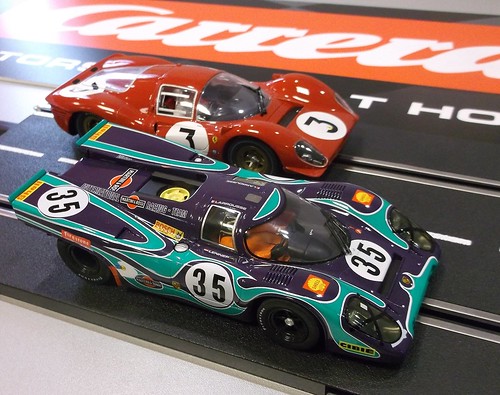 Or if you prefer hand-built, then one guy was merrily making all sorts of things run on slots, including these rather nice scratchbuilt models. 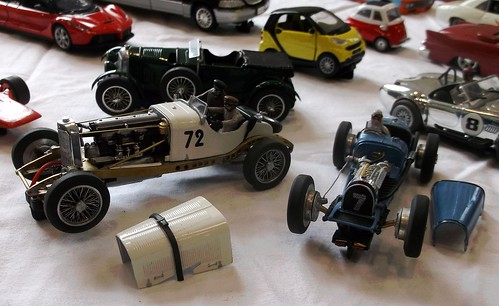 If all this wasn't enough, entry includes access to both the Leyland museum and new (to me) Jaguar collection.

Loads of photos over on Flickr.
Posted by Phil Parker at 5:30 AM

Really good blog today and noticed the very rare AEC Road- Railer being made to run on the track.