Is that a new layout project in BRM?

Yes indeed. Thanks to the guys at Rapido, I have a new layout project.

A few months ago, we received a challenge:

How could we resist?

Since I've known the guys for a while, long enough that they don't scare me, and I'm the practical man on the team, it falls to me to build a new model.

Didsbury Green is the result and part 1 of the build can be found in the January 2018 issue of the magazine. 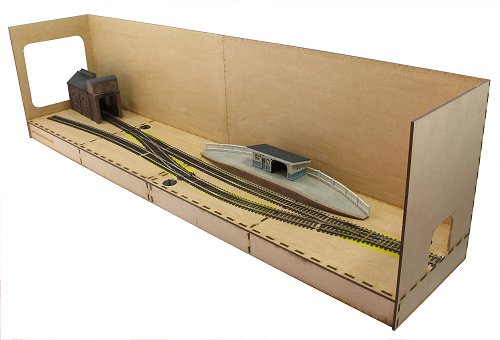 For practical reasons, it has to travel by 'plane, the model will fit into a plastic box. This limits the size of the project, but it's still going to be tough fitting the build into my schedule!

I've also taken a look at one of the most interesting models for year, the Hornby Junior Trainset. 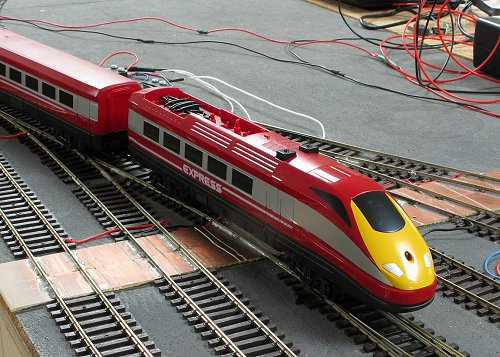 While not a super-detailed product, it's a bold marketing move as the plan is for it to be sold through supermarkets, DIY stores and other non-traditional outlets. Heavily branded Hornby, it will hopefully introduce people to the name and build and association with train sets.

In theory, the model can run on "proper" model railways as well as it's own plastic track. I tested this claim at our local club and there are a few issues with finer track. These aren't insurmountable though and I show you how. I've also taken a look at the German competition. 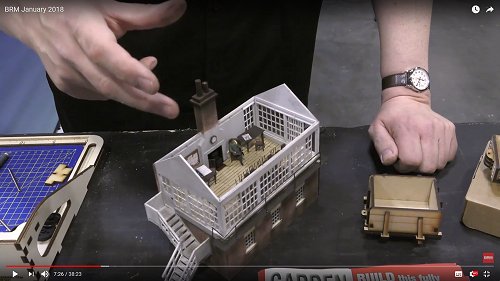 DVD content is a look at the Polak signal box kit I built a few months ago to tie in with a prototype feature on the same disk. The box is fitted with a Severn Models interior kit and really looks the part. Someone pointed out all the levers are set to "on" - true and not very prototypical, but I needed them to show up in the photos and if they are "off", you can't see them in normal 3/4 views. 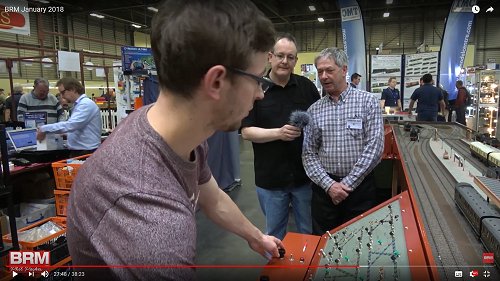 Tucked in the Extras section is a piece I'm particularly proud of - a tour of layout control panels shot at the Peterbrough show. Comparing panels is difficult, unless you happen to have a hall full of layouts to hand. I did, and went around interviewing the owners to get an idea why they picked the design they did.

This issue looks a bit different too - the cover, and a supplement inside, are printed in 3D. A cool pair of glasses suitable for viewing the pictures is included so you can look as trendy as me! 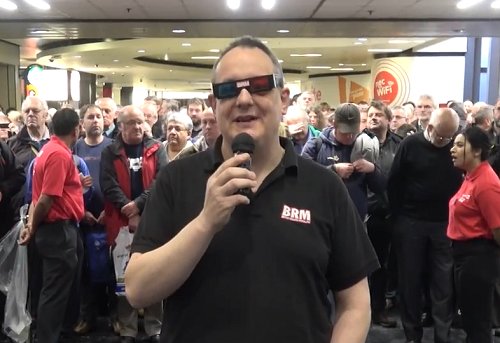 The visit to Canada should be great for the magazine and for us readers, we don't often get to see how other modellers around the world portray this country.

It was good to meet up with you and discuss all sorts, I do have plans for 3 of these cakeboxes dioramas now, just need to see if the 3rd one will actually fit.

"This issue looks a bit different too - the cover, and a supplement inside, are printed in 3D. A cool pair of glasses suitable for viewing the pictures is included so you can look as trendy as me!"


With those "glasses" - and that radio mic - I was half expecting a backing track of Led Zeppelin's "Whole Lotta Love" - or perhaps a blast of Jean Michel Jarre's "Oxygene", with a run-down of the "Top 10" stands at the Warley show ... .

Anyway, I'm not too worried, as long as the organisers of next month's London Model Engineering show don't do a promo video featuring the Doug Wood Band's "Drag Racer".

Come on over, Phil, we Canadians don't bite!

Of course, the FPL levers would normally stand 'reverse'.

That is true, but if they were all Off, then you wouldn't see them in the photos taken from the front. That and I'd fitted half of them by holding the frame upside down and they were already glued in place when I realised...