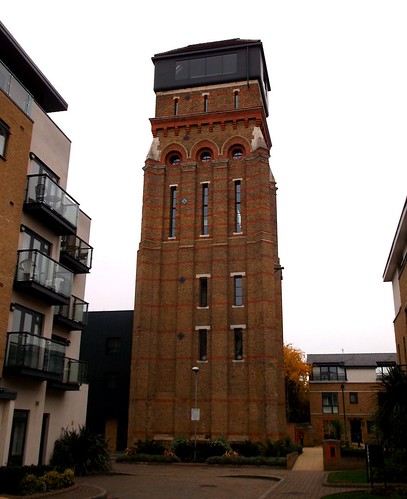 A visit two weeks ago to the excellent London Cinema Museum took me to the site of Lambeth Workhouse. Most of the buildings have been flattened to be replaced by apartments, but a few remain.Notably, the water tower now converted to living quarters - some people may remember it from the Channel 4 series Grand Designs a few years ago.

I'll admit to being impressed with the telly version, but seeing it in real life, it looks like a nice brick building with an Airfix water tower top dumped on it. I know the tank is original, apart from the window, but there is something odd about it.

If you made a model like this, I suspect people would suggest you got it wrong, but in this case, the prototype is stranger than fiction!

I can only assume that these detractors haven't seen the water tower at Kew Bridge Steam Museum.