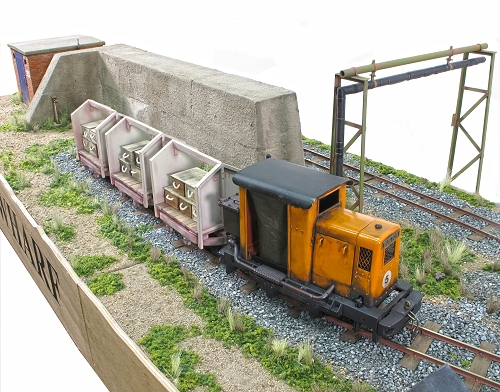 A real find in BRM this month - Steve Bell's amazing layout "Waltham Wharf". Spotted at Llanfair show last year, although it turns out I had seen it a couple of years earlier. This is the sort of large scale layout making use of its size for detail that I've dreamed of.

Steve is a really nice guy and has done a terrific job modelling an interesting 18 inch gauge prototype in 16mm scale. We dragged him and the layout into our studio where I shot both stills and some video. 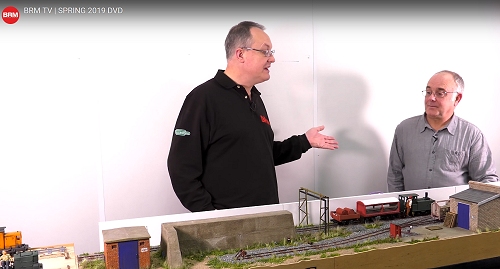 While talking about layout shoots, I also took pictures of Mike Corp's 3mm scale layout "Heybridge Wharf" - 2 years ago! The delay was because Mike had already agreed to let MRJ showcase the layout first and so we had to wait. Not to worry, I think the results are worth it. 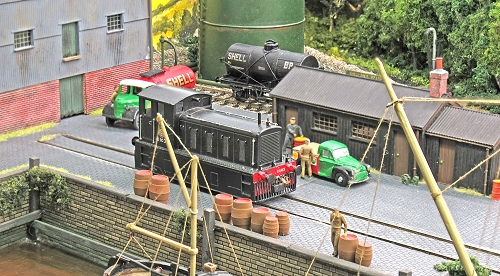 Regular readers know I have a history in 3mm modelling and Mike's is very much my sort of model railway layout. It has boats on for a start (and cutting out around the rigging did frustrate me!) and is full of small locos.

Despite being busy with the camera, I've been practical too. We have part 2 of the 3D printing escapades. 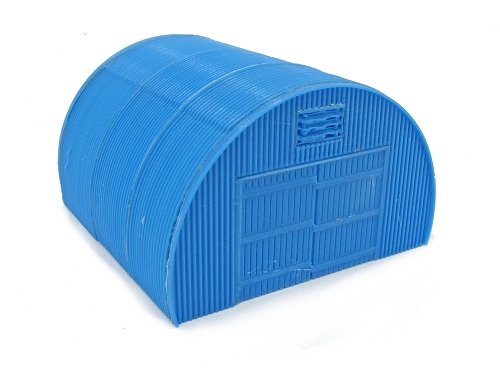 This month I'm determined to find projects for the printer that I'm happy with - and I think I manage it. The key to doing this sort of thing is matching the tool with the job. I'm happy I managed, so happy that I've bought the printer, so look out for more stuff on here soon! 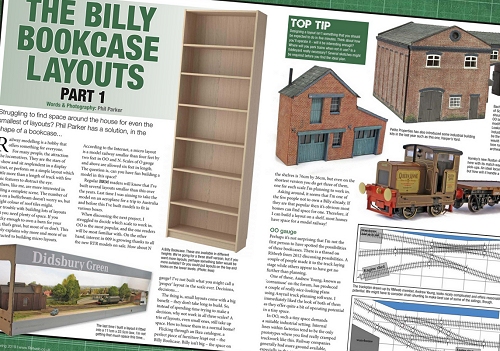 I'm going to build a series of layouts that will fit on the shelves of an Ikea Billy bookcase. Each will use new materials and techniques to me and hopefully be a useful experiment for those following my efforts. Micro layouts are very popular nowadays and make idea magazine subjects as you can produce a lot of photos reasonably quickly and therefore write up more techniques than a large model would alow for.

Anyway, I've plenty of small locos knocking around, so I'm not going to build a mainline station am I?

Spring BRM on RMweb.
Posted by Phil Parker at 5:30 AM

"Despite being busy with the camera, I've been practical too. We have part 2 of the 3D printing escapades.

This month I'm determined to find projects for the printer that I'm happy with - and I think I manage it. The key to doing this sort of thing is matching the tool with the job. I'm happy I managed, so happy that I've bought the printer, so look out for more stuff on here soon!"


Hmmm... For some reason, a well-worn expression springs to mind: "Be careful what you wish for."

If you were to invite visitors to the "Ally Pally" show to come up with ideas for projects for this printer, I suspect you might soon be inundated with suggestions, based on their personal wish lists of "models I'd like to build - but never quite seem to get the time". You'd probably also get scale drawings (at least where they're widely available).

Of course, you wouldn't really need to go to the trouble of asking all the show visitors for their suggestions. Let's face it - I'm sure I could "help you out in your hour of need" - well, I could - but I suspect you might not go along with my suggested build list (which includes stuff rather more obscure than anything that might have been mentioned in a recent RMweb magazine thread) ... .


Seriously though, I suspect that many of us probably have personal wishlists in a number of scales - some of which might even get built in due course. Saying that, a lot of the stuff in these lists would probably turn out to be somewhat "niche" - or difficult to design for 3D printing. Also, some of us might wish to have a go at some of these builds ourselves - using more established methods (such as modifying parts from Ian Kirk kits). For these reasons, I think it might be sensible for me to keep my personal list - well, personal.