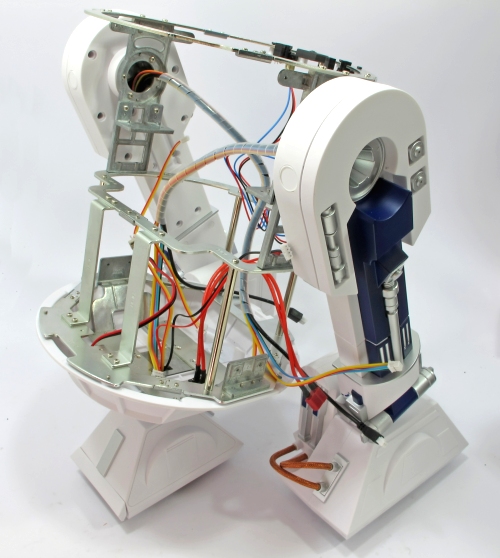 All the issue of the R2D2 partwork having been delivered, my Dad has been cracking on with the build. As you can see, the little droid now enjoys a full set of legs and quite a bit of wiring. He's no lightweight either, already weighing a couple of pounds.

So far, the build has gone well. There have been a couple of tricky screws, but the builder has worked out that if there is a problem, it's usually his fault. There is a definite order to this build and woe-betide you if you don't stick to it.

Along the way, he has learnt about cable wrap, something that I've been responsible for to date on layout electrics. 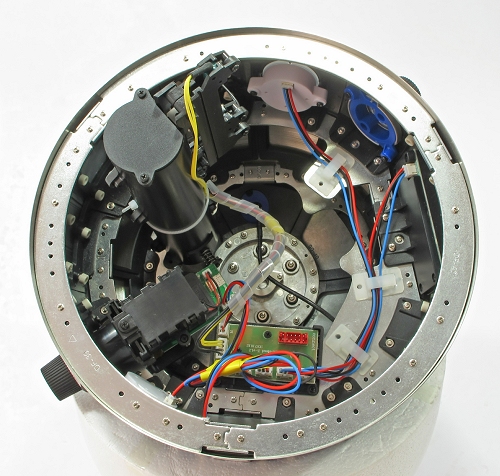 Inside the dome, things get even more complicated, but again, the build has gone OK. There have been a few "that's very clever" moments too and quite a few pieces of plastic moulding that have impressed someone who managed the production of several million bread trays years ago.

Apart from the dome supports, with another big motor/gearbox, it's wiring up time now. R2D2 has a computer in his belly that will be many times more powerful than my old ZX81, but it all seems to fit. We're waiting on a delivery of rechargeable batteries now and work will resume. Hopefully, the force will still be with us!
Posted by Phil Parker at 5:30 AM

Email ThisBlogThis!Share to TwitterShare to FacebookShare to Pinterest
Labels: R2D2