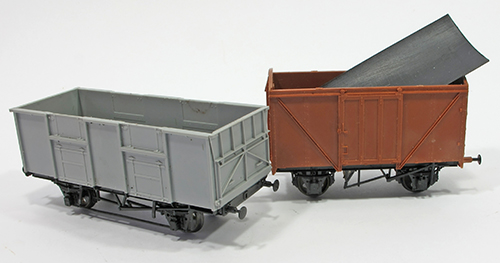 Needing a couple of wagons for filming a few weeks ago, I dug in the back of the cupboard and pulled out some Parkside kits - a 25.5ton coal wagon and plywood sided van.

After a pleasant evening sticking them together - I'd forgotten just how much simply assembling these kit is - they were ready for the studio and fulfilled their role admirably.

Back home I was left with two part-finished models and rather than just stick them back in the cupboard as they were, decided to finish them off so at least they can go in the stock box.

I'm going to finish these as what I call "layout wagons".

The best looking model railways, in my opinion, and since this is my blog that's the one that matters, have a consistent standard applied across the whole scene. It annoys me immensely to read a whinge about some tiny detail on a new RTR product, when I can't believe that the writer has built the rest of their layout to the same breathtakingly high standards they are thundering about.

Far better, to pick a lower standard you can work to, and stick to it. This philosophy comes with the added benefit that as long as a loco runs, it's probably going to look fine if manufactured in the last 20 year. Better still, you can build a kit and it will fit right in. 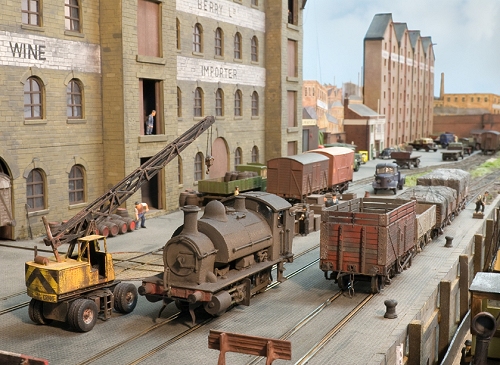 I'm not going to claim that Melbridge Dock is the greatest layout ever built, but one thing I was always praised for was consistency. Everything is equally dirty and built a similar standard and I think this works.

So, these wagons aren't going to be the most detailed in the world. I'm not replacing all the underframes and fiddling with the bodies too much, but I bet that on the majority of layouts, no-one would even notice.