2020 was rubbish, is there anything more to say? 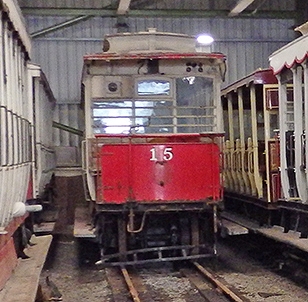 
The Beetle didn't change either. I keep looking at it. I even bought a couple of VW magazines in an effort to find someone who would accept money for working on it, but that's proving harder than you might expect.

Despite thinking I'd have to ease off the blog posting a bit, I've put out a post-a-day all year, something I'm both proud of and y amazed at. Page views have dropped off a bit towards the end of the year - that's a reminder to me to be more engaging and interesting. This isn't helped by my being busy, but we'll come to that later. We did hit the 5000th post in January, that's got to mean something.

What did I build? 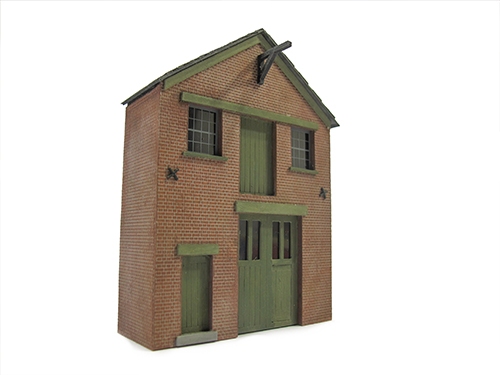 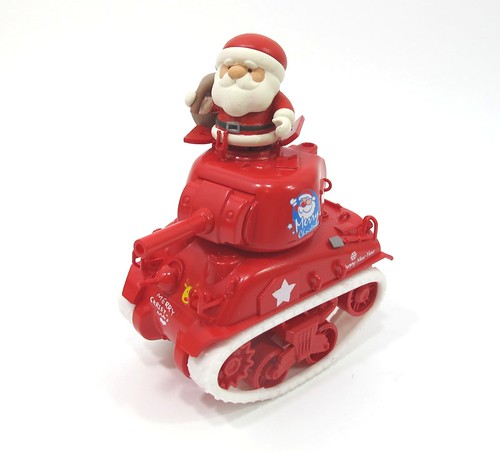 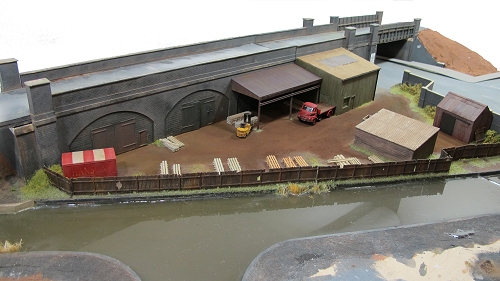 and of course, there is the on-going Selly Oak project.

There have been a few other little builds this year, but the truth is that Covid has seen me busier then ever with magazine work. One of the biggest hits to my time has come from Virtual Exhibitions, both took astounding amounts of time to put together. 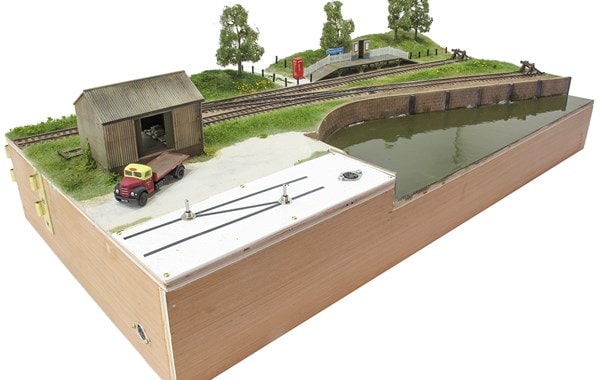 For the first, I built a micro layout called "Ferness Quay" and made videos of all the stages. This took place over four weeks in addition to my normal work, so there went several weekends and evenings. I'm really proud of the model, and it's been very useful as a background for other projects and reviews.

There's been a project or two an issue for BRM, some for the Hornby Collectors Club and of course, editing Garden Rail.

Shop closures, especially during the first lockdown, have hit physical magazine sales for everyone, although I'm pleased to say we are doing OK. There's been a lot of work going in to put out more digital content as well as the Virtual Shows. Our weekly newsletter always has a contribution from me and increasingly, this is more than just posting an article from the past.

In theory, the loss of the show calendar should have left me with lots of spare hours - but it's been quite the opposite. Where does the time go?

All this is very exciting, but I'll be honest, the thrill of building something for myself has been dented. Truth is, I struggle for motivation. I look at potential new projects and feel a flicker of excitement, but the enthusiasm to actually get started on something isn't there.

Not being able to go anywhere or do anything has hit me harder than it really should do. Of course there are many people far worse off than me, so I shouldn't complain, but this is my blog so a tiny self-indulgent moan is allowed in my opinion. I've definitely used work to take my mind off the rest of the news and in doing so, buried myself and sometimes not stayed in touch with people and let them down. I must do better in 2021.

With a bit of luck, things will look up. My workload is looking a lot better for the early part of next year. As I write, I'm ahead on both main magazines with the prospect of improving this further in the near future. Mind you, last year I wrote, "I have a number of projects I'd like to work on and maybe there will even be a bit more time as my workload sorts itself out a bit and perhaps I become a bit more focussed and efficient." and THAT didn't happen did it?

There are some time-eating projects on the horizon with some exciting opportunities I'm keen to try. This is all part of the evolution of my job. We'll see how it all pans out.

Anyway, thanks for reading all this, thanks for dropping in to the blog and seeing what I'm up to. Let's hope 2021 proves to be an improvement on its predecessor!

Hi Phil,
Just a quick line to thank you for the effort you put in to your daily blog. It is the first item I look at on switching on my PC. I have rarely missed reading it for a number of years and always look forward to opening it. I often search your site for tips and suggestions when working on my own model railway. Keep up the good work.
Happy New Year
Nigel

Thanks Nigel - glad I'm helping you build your model.

Well done Phil. I always read you new posts over my breakfast Shreded Wheat + fruit. I've sold ny 4mm stuff and will enter the world of O-16.5 this year.
Please keep going - you are an inspiration to us all.

Thanks Leib - I'm thinking of some O16.5/On30 stuff later this year myself.

A blog a day is an amazing feat - and they're always interesting. Thanks for continuing to find the time Phil!

Thanks Ian - I will try to keep posting, and being interesting, although I can't always promise the latter!

Happy New Year and thank you for giving me something to read and look forward to on a morning. Did end up taking out a digital subscription to a certain well known Model Railway magazine last May, for an offer price I felt I couldn’t refuse, to give me a monthly “fix” as I still haven’t visited a newsagent or supermarket since March.
If you are looking for ideas for the blog, how about building and reviewing those 009 Society kits I know you have squirrelled away somewhere?

This is a great and eclectic modelling blog, packed with useful info. I draw the attention of experienced modellers to it and they tell me that they find it useful. Some days it hits the mark with a real gem of a tip. I don't know where you find time, energy and patience- please keep it going!

I've only just been introduced to this, and had to discipline myself not to trawl back through months of postings. It's great stuff! I'm a very reluctant user of social media, but this is going to be a must-see daily update. Now how do I get the shortcut onto my phone screen...

A friend of mine is a VW van and beetle specialist Phil. He used to drag race a beetle would you believe. Want his number? Only trouble is hes in surrey.

Thanks Matt - bit of a hike to shift the car that far. I might change my mind if I can't find anyone more local though.