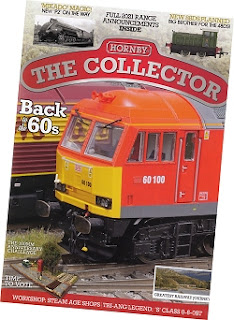 Two new projects of mine appear in the winter 2021 issue of the Hornby Collectors Club house magazine The Collector.

It's always interesting and challenging working out what to build for a workshop feature in a publication that you wouldn't think was as popular with people who make things as mainstream magazine. The main criteria is, obviously, that the project is based around a Hornby model. They normally supply the main item I ask for.

Subject is usually a matter of discussion between me and editor Paul. He's happy to take my ideas, but occasionally chucks something at me - and that's how the first project came about. It's a good idea as he gets to assemble a varied magazine since I can be let lose on something he feels till work for the readership. 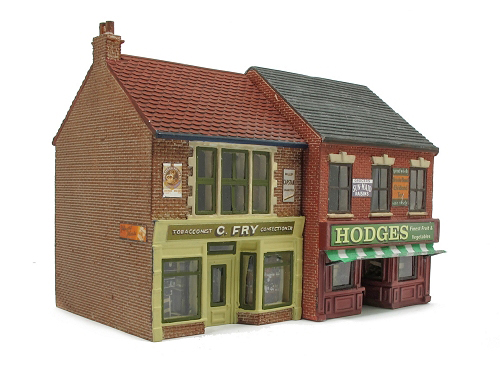 Project number one is a pair of shops.

Starting with a couple of Skaledale models, I've backdated them to work on a steam age layout. In the main this is getting rid of the white window frames, adding a canopy and most importantly, changing the signage.

Finding suitable signs is difficult. These came from a Howard Scenics pack which look like they were hand painted. Producing your own is, IMHO, incredibly difficult. Yes, you can print some on the computer, but they always look too modern to my eye. I'm sure a proper graphic designer could do it, but that's not me.

Project two was my idea. 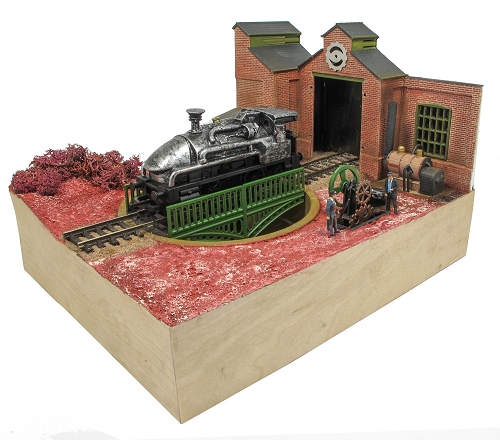 I've been keen to have a go at some Steampunk for a while now. Trouble is, while it sounds easy, coming up with a suitable idea is a lot harder, and realising it harder still.

What we need is something Victorian but with modern hints. I've used the Wills bridge kit for a turntable and powered it with the bits from an Airfix Rocket plastic kit. This, and the engine shed kit, have been radically reworked.

I'd like to go further with this - and maybe will do one day. I'm pleased with the result though, and all the techniques used are useful to normal modellers too.

The other highlight in this issue are the models made for the 100mm challenge. Loads of them (I'm obviously wrong about the lack of modellers among the readership) and some really superb modelling from all age groups. Judging by the numbers and quality in the under 16 category, the hobby isn't as poorly as many would like to believe it to be.

Is that a bit of Martian 'Red Weed' I see?

The chances of that are a million to one...