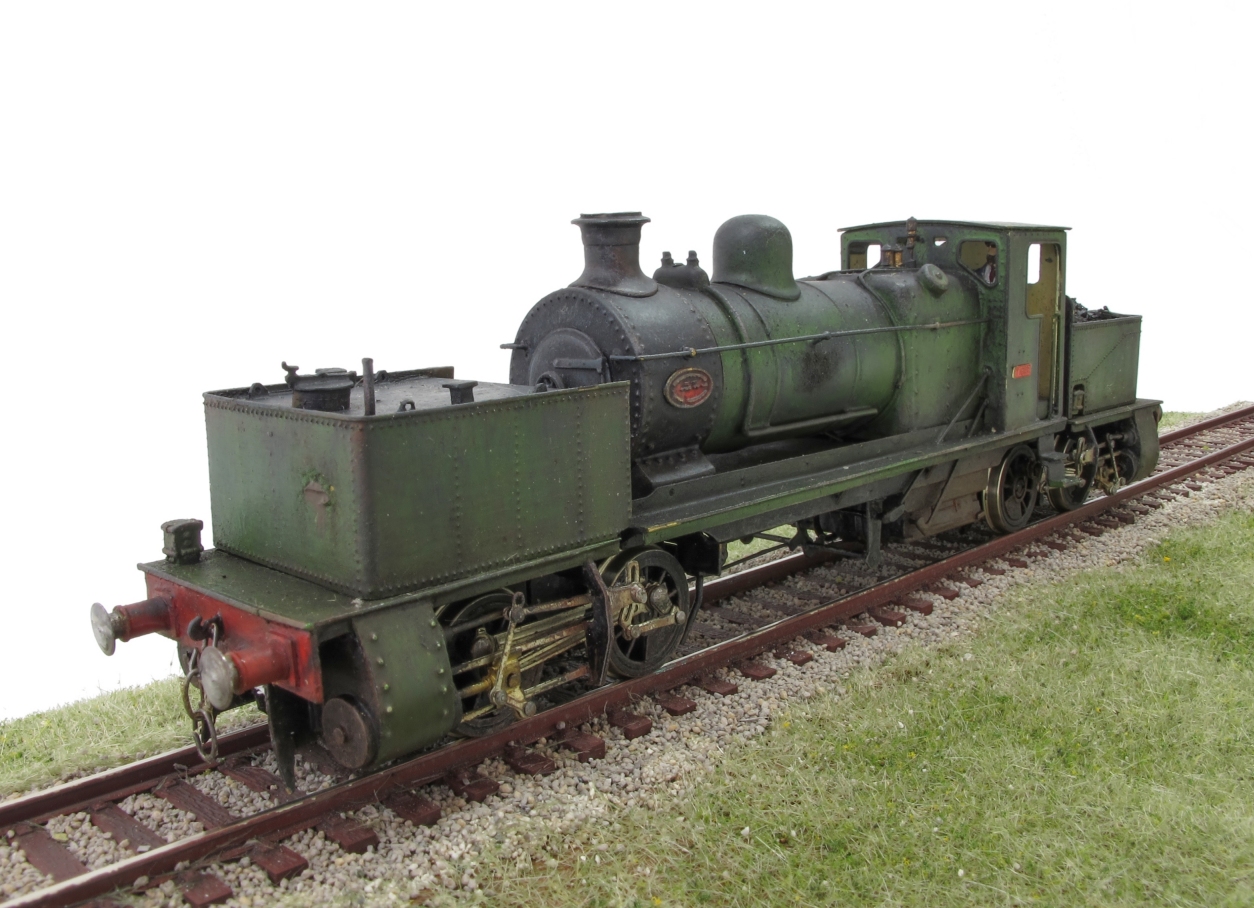 Spotting that James Hilton has been working on a Backwoods Miniature industrial Garratt kit prompted me to dig out my model for a couple of photos.

Despite the age of the model, I don't think I did to bad a job with it. This isn't the easiest kit to build, but that's mostly to do with the prototype. The only niggle I remember (it was a long time ago) was squeezing the motors into the thick brass boxes that form the tanks either end before being wrapped in thnner, half-etched brass.

I made holes to correspond with the ends of the spinning bit of the motor. Only 1mm gained, but just enough for really free running. 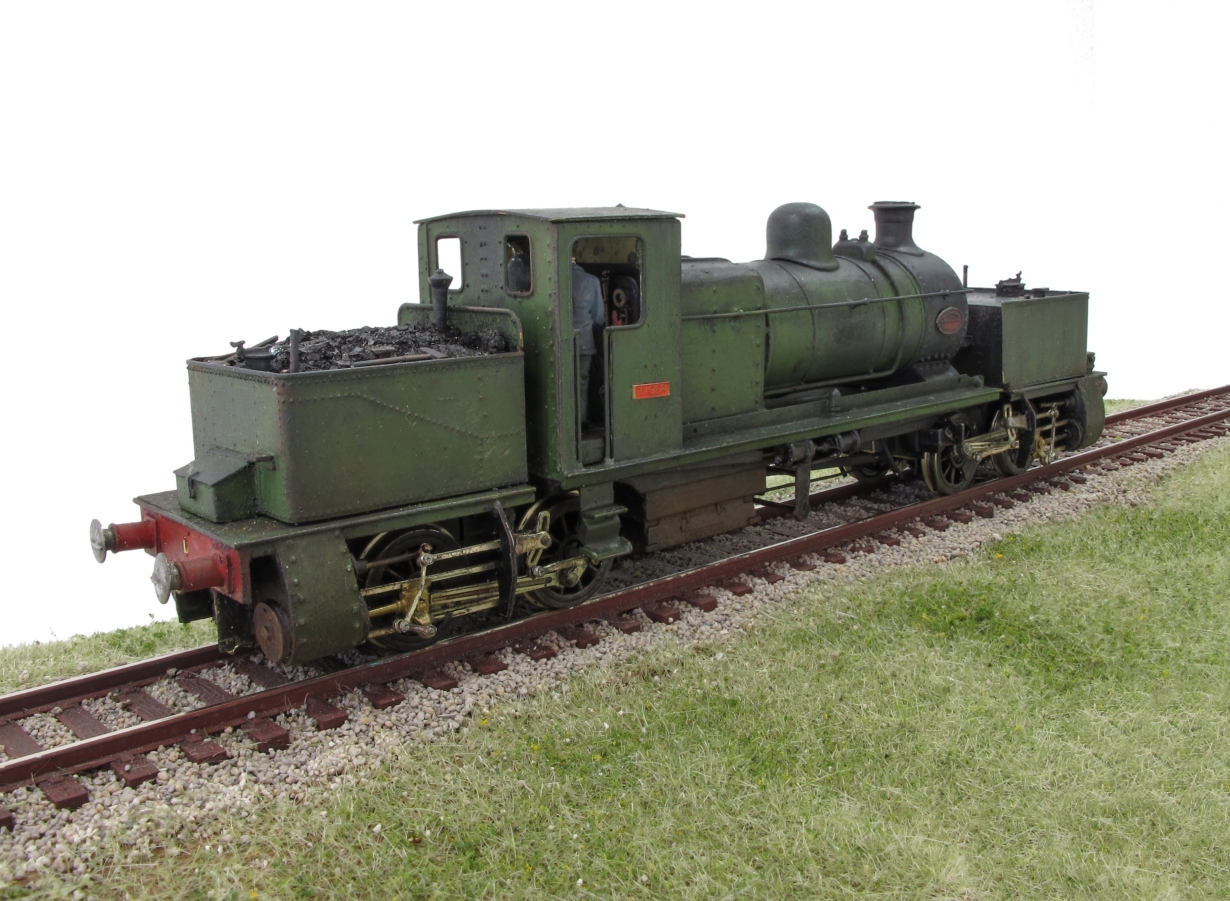 The valve gear looks fearsome, but because it's all etched in thick nickel silver, there's no pesky laminations to do. I riveted it all together and the last side took about 20 minutes.

Given some juice from a 9V battery, the model still runs, although only backwards. I remember this being an issue, one end is a bit lazy and years of standing around haven't helped. Given the need, I''m sure I could have it back and working. We used to shunt with it on Melbridge Dock! 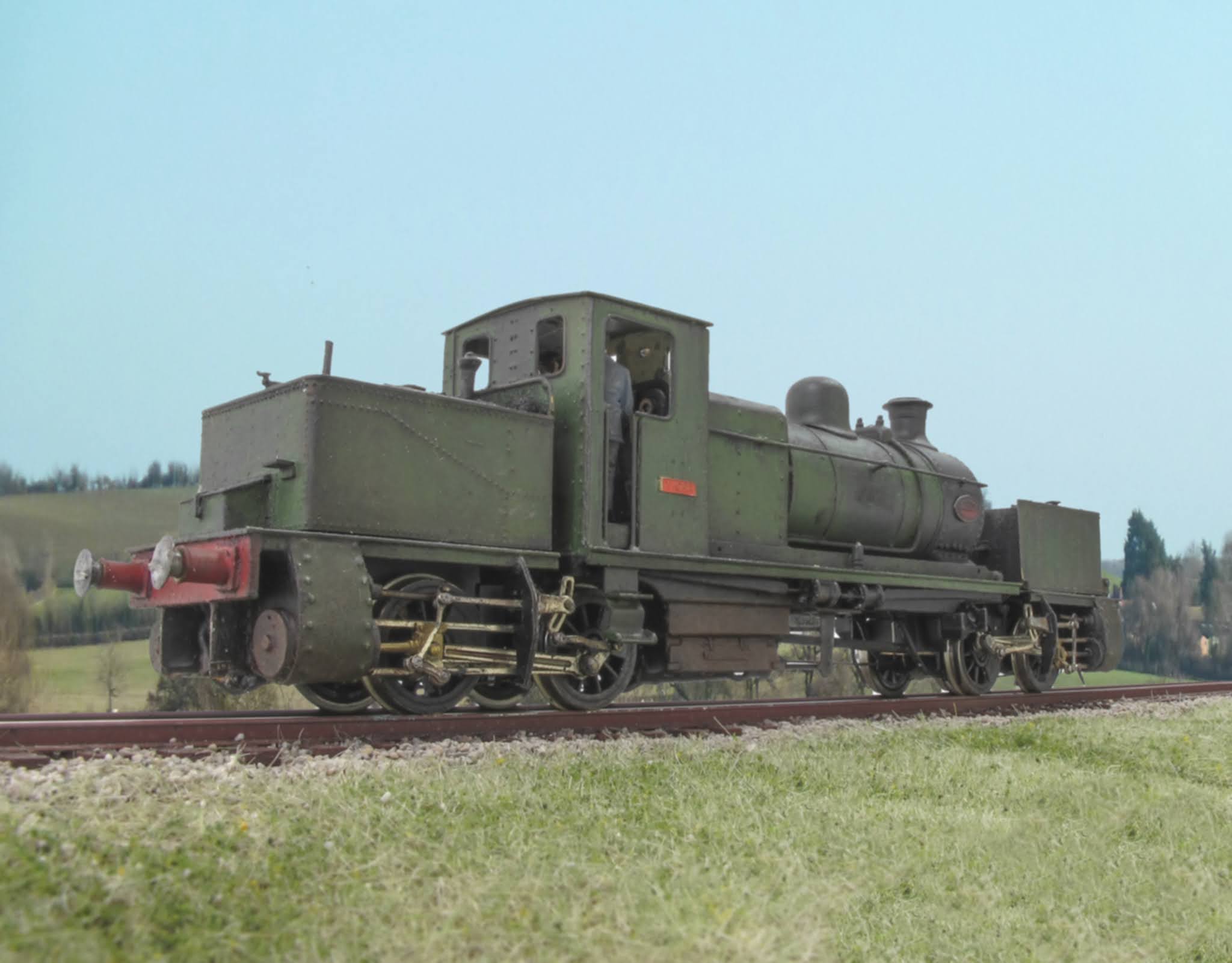 That’s a great model Phil, I’m glad it’s encouraged you to dig it out! I suspect the builder if these chassis units had the same problem as there are slots in the inner boxes of the end units as you say, for clearance.

Lovely model. Always thought the Baddesley crossing over the A5 would make a great little diorama
https://images.app.goo.gl/sza4B5mMMxdPB5G49