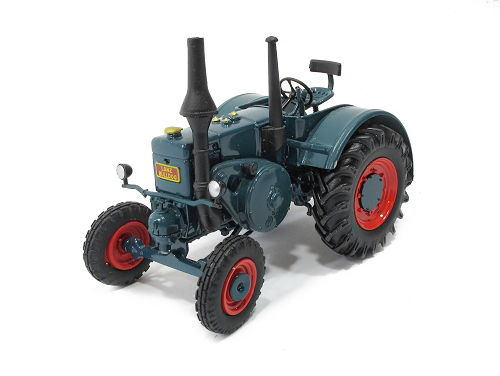 For a weathering demonstration at this weekend's Virtual Exhibition, I need a dirty model. This 1:43 Lanz Bulldog from an old partwork was handy, so it was time to give it a work over. Why a Bulldog? Well, there is one in my novel...

Anyway, it's a really good model with loads of detail, so no construction work to do. Perfect for my purposes. 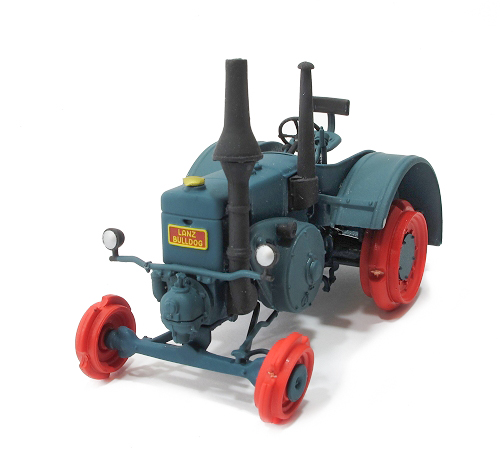 The vinyl tyres came off after quite a fight, and the model was given a couple of coats of Testors Dullcote matt varnish. On it's own, this really improves the look of the model. I know collectors like things shiny, but they do look like toys. 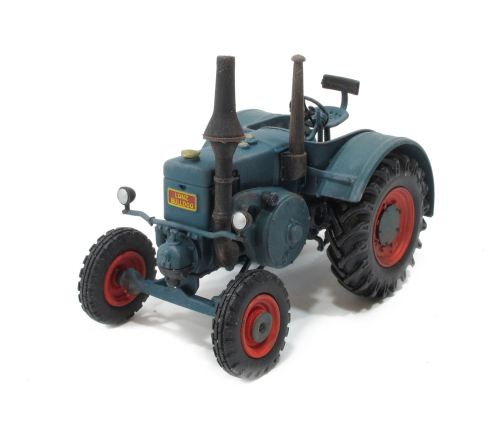 Dry-brushing the paintwork with some Humbrol 144 started the big improvements. While I was at it, some bit were given some Revell 9 (dirty black) such as the bottom half of that lump on the front. According to prototype picture, it shouldn't be body colour. A bit of rust colour added the same way helped too, especially on the exhaust and whatever the other sticky up thing is (air intake?). 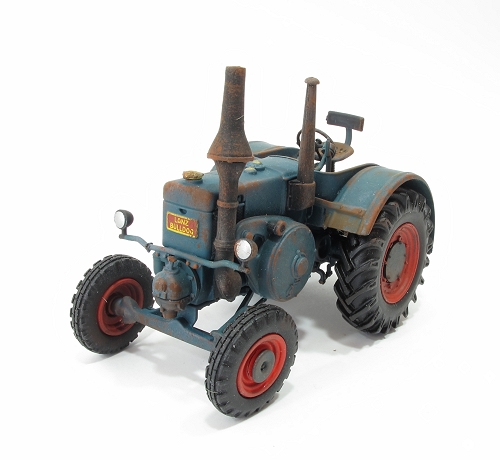 Finally, it was out with the Lifecolor Dust and Rust paint to splodge some rust around with a fairly stiff brush. I tried a sponge at first, but couldn't get it into the places I needed it. Rust was based on one of the few photos of a dirty prototype I could find - plenty of over-restored examples, few "in service" shots. 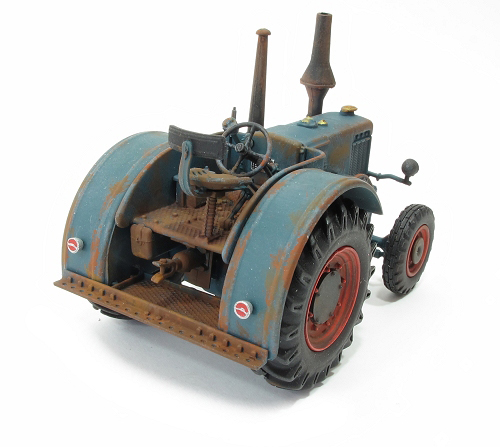 Lots more rust around the back where the farmers boots will bash protective paint away. Photos show it creeping up the mudguards too, so the stiff brush did the job.

There we go, a quick'n'dirty weathering job. There will be more, but that's for another day.