Millimetres are here to stay, get over it. 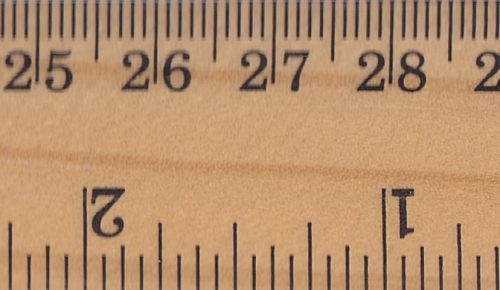 Catching up with the May issue of Model Boats magazine, there is an expanded letters page where the newish editor gives space to all the worst moaners. Since taking up the post, she has shaken up the magazine a bit (IMHO, it needed it) and of course, not everyone is happy.

Much like Internet trolls, the writers of these letters don't expect them to make it into print. When they do, and I've done the same trick myself, they get a bit of a shock.

The overall theme is "curmudgeonly"

Basically, there are some old blokes who extrapolate from themselves to decide what should appear on the page.

I can't work out which is the funniest beef:

"There's too much Navy" - in a model boats magazine?

"Since our club has only one steam boat in it, we don't need all this steam stuff" - then you need a better club mate. Ours has several boats and even offer a boiler testing service.I would suggest that we aren't alone judging by the number of steam boats on show on engineering event boat club stands.

But I think the prize has to go to:

"Another gripe I must make is why do we have to put up with metric measurement? Our own way was by far the best and as an old guy get totally confused with metres."

Now, I'm half a century old and was only ever taught metric at school. Imperial got a mention, but if I want to measure accurately, it's metres, centimetres and millimetres for me. I'll happily say something is 15 feet away when estimating, but when the ruler comes out, I remember I have 10 fingers.

So, in over 50 years, the writer hasn't worked out how to count to ten. That's not a huge problem, as there's no reason not to quote both, but to demand that metric is ignored because he's too lazy to look at the other side of the ruler? Hmmm

Of course, I am assuming he wants imperial measurements. When he says "our own way", he might be thinking hands, cubits and licks. Or perhaps he wants to go back to the days when a foot was 11 1/42 inches long? After all, isn't that more traditional?

If any hobby is going to continue into the future, there's no point denying the present. I'm uncomfortable with 3D printing in some respects. I'm no fan of DCC control - but I know these and other developments will continue to occur and we might as well live with them and enjoy the benefits.

If you want your hobby to die with you, and I think there are people in every hobby who wish for this, then carry on refusing progress. No-one is forcing you, personally, to move with the times. Your boat can use canvas sails and a self-steering mechanism instead of radio control. Just don't try to force this on everyone else.

On the subject of 3D printing I have difficulty working out where people decide to print rather than scratch build or modify an existing part.

A great post, fully supported, Phil. Everybody must always adapt or we would still be living in caves rather than these new-fangled artificial buildings!
In measurement, I could only measure in metric, can't be bothered to work out what 3/16 takeaway 1/32 might be.... But I amused myself when in the model shop when I asked for 80 thou plasticard. I knew what I meant but the proprietor didn't and suggested 2mm. Doh.

I usual work in millimetres but sometimes it's easier just to use the 'line' nearest to the measurement I need so, it could be 1 3/8th.
A well said post, sort of makes me think of a certain Society I once belonged to ( name shall remain anonymous) a bunch of old blokes refusing to move on. I doesn't work if you won't the hobby to continue.

I don't understand why measures have both metric & imperial. In practice I often need to be able to measure using either side of the ruler / tape and I wish that metric was on both sides.

Our local market still prices fruit & veg in lbs/ozs with the kg price in very small print. It makes things look cheaper than they are whilst allowing them to say that the old people like lbs pricing.

I sound like a grumpy old g*t which is what I probably am!

DCC and 3D printing have no place in my world, but I recognise that my world is very small and insular, so each to their own.

I like the idea of giving moaners space, should make for a lively debate in the letters section for a few weeks. Perhaps the complainers could be induced to write content, not that they would...

My Son and Daughter were only taught Metric at school in the early 80's, held them in good stead when we moved to Australia in the late 80's. I saw a post on the interweb thingy saying the only countries using Imperial Measurements were USA, North Korea and some small countries in Africa. I still think it strange that you can go to the timber yard here and ask for 2x4 in meter lengths. but then again, we do things different here. ask a cricketer what the score is and here they say 145 for 6, whereas you in the UK say 6 for 145 or is it the other way round?

60 years ago I learned metric in science class. When they introduced metric in general, all the units seemed to be different.
But I have no wish to go back to expressing the speed of light in furlongs per fortnight.

Like you I was taught metric at school, however, early exposure to model railway magazines (and the fact that most adults still worked in feet and inches) meant I also learned imperial measurements in my youth.
If you're working from scale drawings of things that were built in feet and inches to make models in mm/ft scales then it's really handy to know both!
I have seen at least one person on a forum throw a hissy fit about some people's use of imperial measurements "because I can't understand them" which is just as narrow minded as the view of the the bloke objecting to metric.
To be honest, I think these whinges say more about the person complaining than they do about the perceived "problem".
BOTH forms of measurement are here to stay and have their advantages...like most of us, I use mm for marking out my models but how many people (in the UK) express the size of their layout in millimetres?

I'm feeling a bit fragile this morning, must have drunk at least 4.54 litres last night...

I've seen layout dimensions in metres and weirdly, this always seems a bit odd and I usually end up converting them to imperial when planning a show floorplan.

And I still buy what I call four by two wood - but then with my carpentry skills, we're not in the realms of millimetre accuracy!

Oh dear, not only do I use both, I often quote whichever is convenient on sketches I make of things. Would probably fry that blokes mind.