The most Leamington Spa product ever... 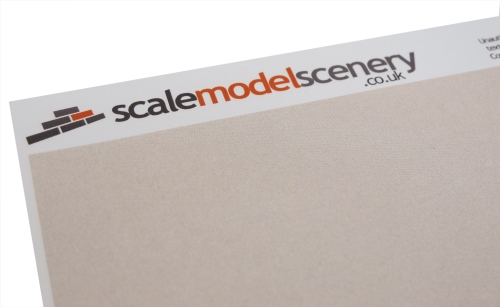 In the past, I have been forced to explain to people that the life of a model railway writer doesn't mean being on the receiving end of endless free gifts from grateful manufacturers. However, it's also not completely devoid of it either.

Scalemodelsecenery regularly send out small packs of their latest products unexpectedly. It's a clever move as I often dip in to the pile when working on projects, for which they receive a little bit of publicity. It's made easier, because the products are good and fit my modelling readily, so this saves me time, and the magazines a few pennies. It's even been known for Justin to develop a product I've asked for and them put it in the range.

The latest bundle included what I think is the most Royal Leamington Spa product ever. For those who don't know the town, the centre has some Regency buildings and the residents, at least those who need to write to the local newspaper all the time, like to think it should be pickled in aspic. Anything new or modern should be banned in an effort to preserve the historic look, even though some of the "regency" buildings went up in the 1970s. These are people who went to court, and lost, to keep a hotel in the centre as a boarded up shell rather than let Travelodge buy it and make alterations.

Anyway, the prevailing colour is beige. I once looked out of a pub window to see a small van that had delivered a man to paint a beige shop front beiger at 10pm. If you want colourful buildings, go somewhere else.

So, the sheets of Magnolia Painted Rendered Wall made me chuckle. It's the dream colour for our more vociferous residents. They will buy it by the ton!

I read it as "at least those who need to write to the local newspaper all the time should be pickled in aspic" a sentiment I think applies to some modellers...