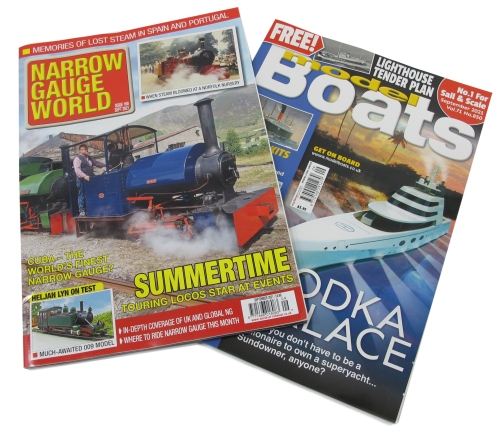 A couple of out-of-the-ordinary appearances this month.

My cartoon model of the Hood appears in the Readers Models section of Model Boats magazine. I mention that I'm not happy with calling it the "Hood" and the designer suggests "Pud" as another option. I think I quite like that...

Over in Narrow Gauge World, there is a review of Heljan's "Lyn" in 009 to which I contributed photos and a few comments on the running of the model. Andrew has sorted out the prototype detail as it's his area of expertise, something I appreciate for the next issue of BRM.

Finally, I helped out with some filming for Rapido a few weeks ago. The results have appeared on the web. You have been warned!

The best thing about you, Phil, is that you don't take yourself or your model-making too seriously. Love it!