Repeat after me - I do NOT want a Rolls-Royce... 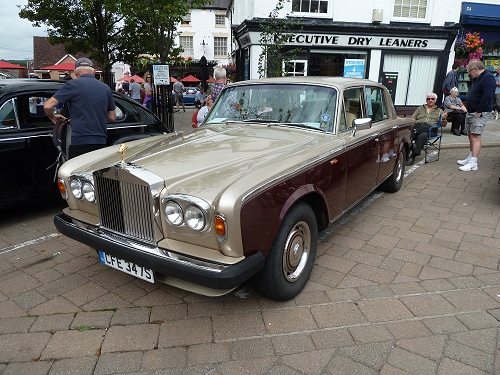 When I was a kid, I thought there were two things that marked you out at rich:

You owned an electric toothbrush.

You drove a Rolls-Royce.

Simple really. Now, I have achieved electric toothbrushing, and a few weeks ago, I was faced with the opportunity to complete the list.

At Warwick classic car show, there was a man selling his Rolls. £15,000 and I could have driven it away.

Tempting. For a start, it's the right car. Not one of the horrible modern ones that look like they hit every branch as they fell out of the ugly tree. This is the proper Rolls shape for people my age.

The colour is good too. I'm not a fan of gold cars, but on a Rolls (I know the cognoscenti say "Royce" because he started the company, but Rolls is traditional) it seems to work. Gold and dark brown really looks nice.

Now, these cars are notorious money-pits. If you have the hydroelastic suspension, it used to be £2000 a corner to fix.  This car doesn't have that. Apparently there are some of the fittings at the front, but they were blocked off at the factory.

From that you will guess I chatted to the owner. He was very nice and let me sit in the drivers seat, because I've never been in a Rolls before. It's very plush in there in a very 1970s way. Lots of controls and stuff that you would take for granted in a modern car, but in the later, I suspect they need less attention. 1978 wasn't a great time for electric stuff, but the chances of fixing it if it goes wrong will be higher.

The MOT history looks good, this car has been well looked after. It's not used for weddings, just wafting around in. I'm told everything works. The only bad bit it there is a wing that could do with a bit of touch up spraying.

Technically, I could have ponied up the money and bought the thing. OK, it's a big hit on the savings, and the insurance would have been an "interesting" bill (out of curiosity, I looked a quote up on Direct Line and the website refused to produce one) and the running costs wouldn't be paltry either.

However, I need money to get the Beetle back on the road and that matters more than buying another car that I don't need. It wouldn't fit on the drive (these things are massive!) and I don't have a need for "wafting around" anyway, not one the Peugeot won't satisfy anyway.

Maybe I should buy as an investment. Not too long ago, this car was worth £7000, so looked after, the value is only going one way. But investment means dry storage is required, and that's expensive.

But I can dream. 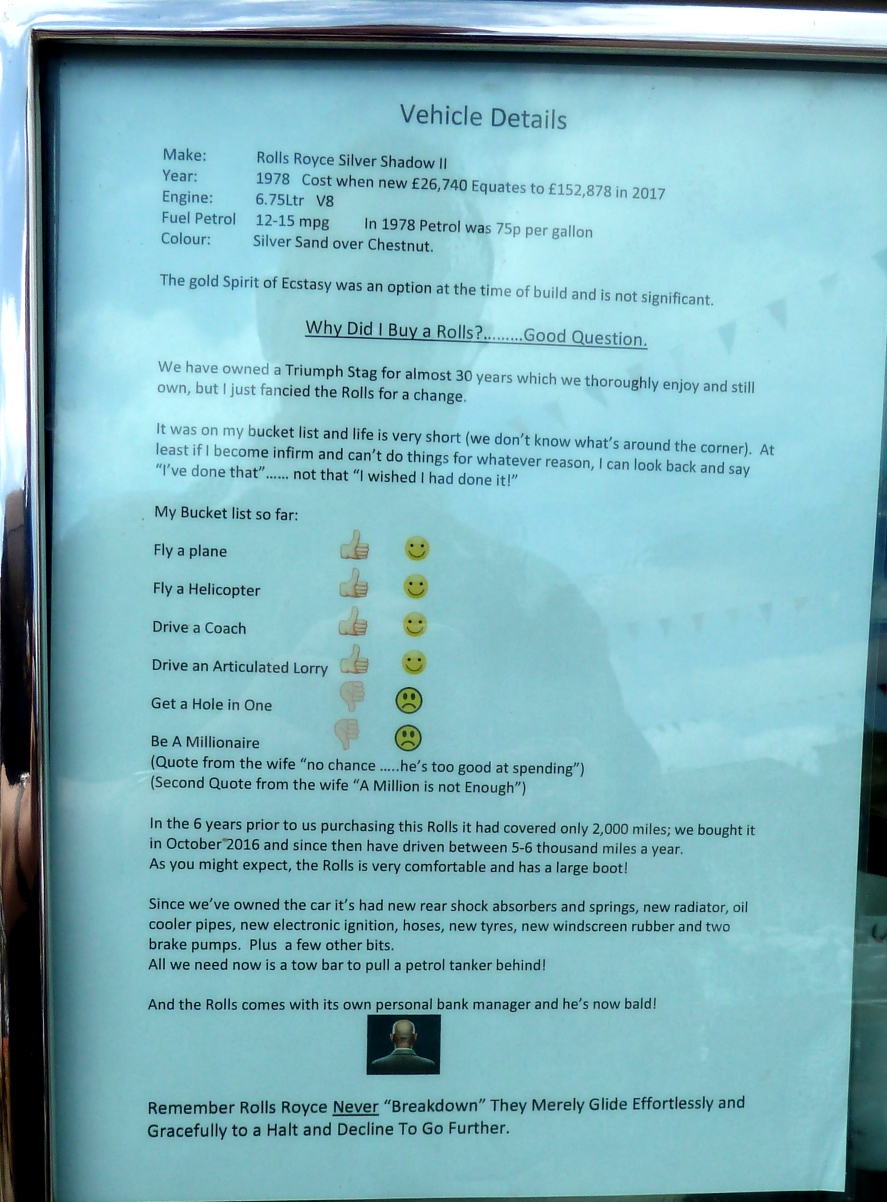 Luke Stevens said...
This comment has been removed by the author.
1:12 PM

Maybe make a model of it instead? :)

With you on thi. The last nice Roller in my opinion, before they went all boxy like a mk4 Cortina.
To my mind one would look good with a 6" roof chop, lowered all round, remove them bumpers and smooth out the valences, and finish in satin black with a gloss black grill...