Partwork season is back 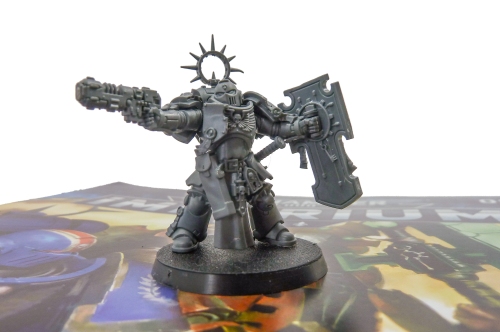 The schools are heading back, which must mean it's time for all the new partworks to launch. Cluttering up your local newsagents for the next seven weeks are a couple I spotted.

If you enjoyed the films, then for only £1100, you can build a 1:8 scale Dodge Charger. At 68cm long, it's quite a beast of a toy car. Sadly, it's a bit of a static model although the steering works and you can fit batteries to make the headlights work.

Assuming this is what it looks to be, a simple screw together kit, then if the Charger is your thing, it's probably as a good a way to spend money as any. The same cash would buy you a 2010 Vauxhall Insignia.

First issue is 99p, but the bits in it looked a bit useless unless you plan to buy the set, so I didn't bother.

This is more like it. £2.99 buys you a couple of plastic figure kits, half-a-dozen good quality dice and some stuff to play a game on including a clear plastic ruler thing.

The figures are designed to push together without glue. That makes sense as paints don't arrive until later in the series and you are going to have to take these things apart for painting. However the two characters can be used for a game. In theory at least as I looked at the rules and was thoroughly confused. A step-by-step guide is included and I think it will make sense if you concentrate.

A bigger problem is that one of the figures didn't want to stay together without glue, and even with, putting the final bits on defeated me, so it went in the bin. More dedicated, or less ham-fisted modellers will be fine I suspect. At 5cm tall, these are quite impressive and I will slap some paint on mine one day.

Interestingly, there is a premium option for £10.99 per issue (£2 more than the standard issues) which give you extra figures and paint - but this involves four issues a month which sounds like a lot of money and an awful lot of painting.

One thing that does fascinate me is the imagination that goes into all this. Whole universes have been created with epic back stories to give these character life. It's a bit of a pity that all that effort has gone into creating a world of continuous war, but then I guess they know their market.

Email ThisBlogThis!Share to TwitterShare to FacebookShare to Pinterest
Labels: Other peoples hobbies, partwork