What is it with the L&B? 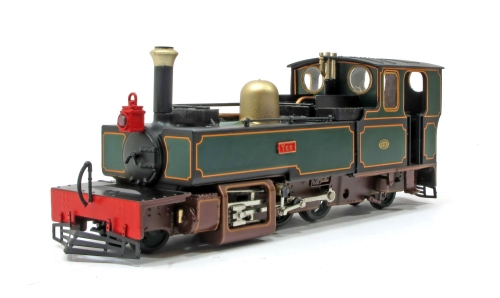 A mystery. Why are manufacturers so obsessed with the Lynton & Barnstaple railway?

Last week, Lionheart Trains announced a new range of O16.5 models of both the locomotives and coaching stock. Before this we saw Peco and Heljan plough the same furrow in 009.

Now, I understand that the locomotives are attractive - and iconic, and therein lies the problem.

Build a layout with L&B locos and it can only be the L&B. No-where else had these machines.

Worse, the L&B was laid to mainline standards. Generous curves and long turnouts were the order of the day, and the locos were built for them. As many 009 modellers have found, they simply don't do tight curves, because the prototype couldn't. That's got to limit their usefulness.

If it were me, I'd go down the Bachmann route with the very useful Baldwin and Quarry Hunslet locomotives. 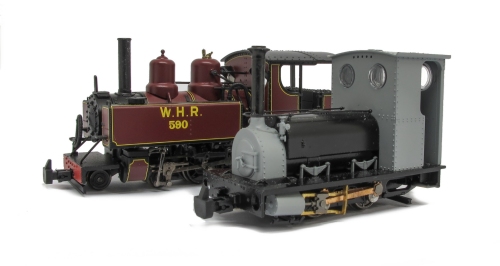 Both are really useful prototypes that can be found in many different locations. They will also handle the sharp curves beloved of narrow gauge modellers. The QH will run around a track bent around a 2p piece!

This would seem to be a more sensible investment - but then it's not my money tooling up for the L&B models and I have no reason to think that the decisions are anything other than commercially sound.

It's a real mystery to me - can anyone help?

I think you've answered your own question, Phil. The locos are exquisitely beautiful, and there's huge nostalgia for a line that needed - and warranted - a precursor to the likes of Tom Rolt, but never found such a saviour.

The affection for the L&B is a little bizarre: after all, it lasted less than forty years and has been gone for almost ninety.

However, the proof of that affection hasn't come from Peco, Heljan, and Lionheart. It's come in the form of the Ffestiniog's 1:1 scale Lyd, Alan Keef's Lyn, the rebuilds of Yeo and Exe (?) and the rebuilding of the L&B itself into a near-faithful replica of the original railway.

I wonder if some of this is a hangover from the days when the mythical average modeller stood a chance of building a kit, or scratch building something, that would at least pass muster for most of the smaller narrow gauge locos, but the L&B and VoR locos were seen as too difficult.

Is part of that equation that the Bachmann locos have consigned lots of kit built versions to the spares box?

Are most bought principally for displaying rather than playing?

Mainly I suspect they appeal to the collectors, which is where the big sales are.

Note that P D Hancock had a model of an L&B Manning Wardle in the very early days of NG modelling, his models were pioneering and inspirational to many.

I wonder whether some of the attraction is that it tended to reflect main line practice...a common carrier, fully signalled, vacuum fitted stock, sometimes quite long trains packed with happy holidaymakers. A lot of narrow gauge modellers seem to prefer to create something with all that stuff than the minimalism of, say, the Talyllyn in pre-preservation days.