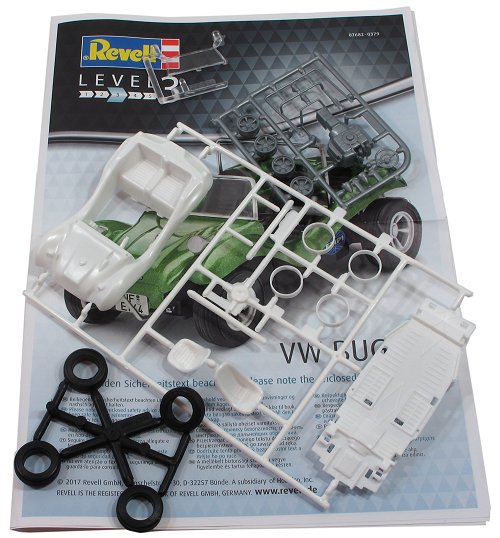 We're all supposed to have "Bucket Lists" - that is a list of things we'd like to do before we kick the bucket. You're supposed to want to chuck yourself out of a perfectly good aeroplane or annoy dolphins by swimming with them. Quite what Flipper gets out of having some loon hanging on to his fin while gurning for Instagram isn't recorded, but then we can't spot the Vogons.

Anyway, I can't be bothered with all that, but if I did, building a kit car would be on there. The car I'd probably build is a beach buggy. They look great, make no pretense at being practical and ye should be reasonably simple.

To build your buggy, take a VW Beetle chassis. Bolt the 1-piece fibreglass buggy body on top. Fit electrics etc. and you are done. It really doesn't sound too hard. Only a lack of space, time and money is stopping me.

As a kid, I built the Airfix 1/32nd version. Painted orange, it has long since disappeared into landfill. Attempts to replace it has floundered on it's unavailability at a price I'm willing to pay. £60+ seems to be the going rate as the model has never re-appeared in the Airfix range. Actually, this might be an orange car thing as the Bond Bug from the same series is also rare and never repeated.

Anyway, when Revell announced a version, I was ready for it. My model was picked up at the IPMS show last year for well under a tenner. OK, it doesn't feature the scantily clad driver or girlfriend Airfix supplied, but this still seemed like good value.

For the money, you get a lot of box and not that many plastic parts as you can see. Tyres are rubber, something people get excited about but doesn't bother me. I have black paint and you can model a realistic bulge in a hard plastic tyre. And clean the mould marks off.

So, I set off assembling the model, but not before reading the instructions and finding something new. More tomorrow.
Posted by Phil Parker at 5:30 AM

Looking forward to seeing this one progress. Quite fancy a beach buggy myself, possibly the least practical vehicle for the UK?