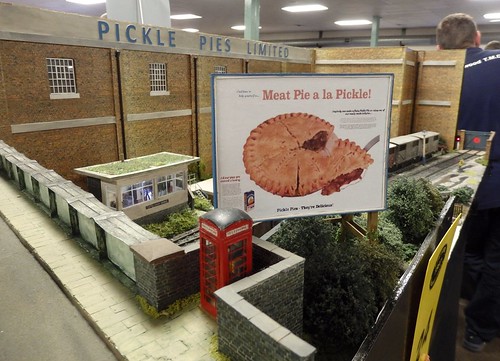 If there is a lesson to be learned from Stafford this year, it is:

Take more cash out of the hole in the wall before you go.

It's not because the showground is a notorious mobile phone, and therefore mobile PDQ machine, blackspot. The signal still hasn't reached there yet - although WiFi was available if you knew the password which several traders did. No, it's because I seemed to want to spend money on stands that didn't take plastic.

The second-hand stall is obvious. Fine, except I threw nearly half my measly wad over the counter there for something I'll cover in a future blog post. More of a surprise was the on-site cafe. Excellent food, but cash only. The guy behind me in the lunch queue didn't check this and found himself scrabbling around in his pockets to make up the bill. I'll admit that my sausage batch would have been chilli and rice if I hadn't been thinking of a kit I fancied but would them leave me out of folding cash. Lovely bangers in a bun, but a card machine would bring in more income. 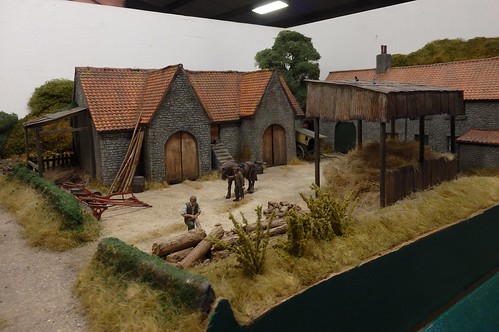 I felt the show was busier than normal on Saturday morning. Most of my photos are post lunch when it quietened down a bit. One trader I know admits to his best ever sales this year so not only were there people, they were spending money. Someone beat me to that kit!

Layouts were as usual, really good. I particularly liked the farm on Bleadon, so much so I didn't look much at the railway side! Winner of the best layout competition was Campbell's Quarry, a lovely little 16mm scale model with working diggers. Unusual choice but worthy against stiff competition. 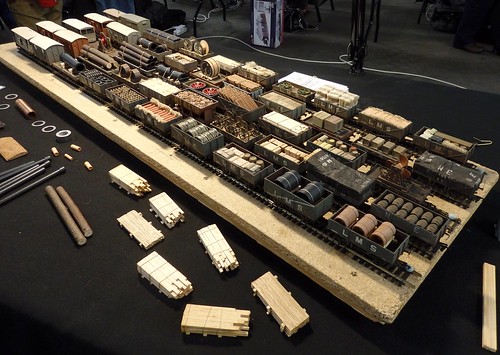 Several new traders were listed again this year and the mix was pretty good. RTR boxes and some finescale stuff as well. Certainly some wallet-damaging opportunities.