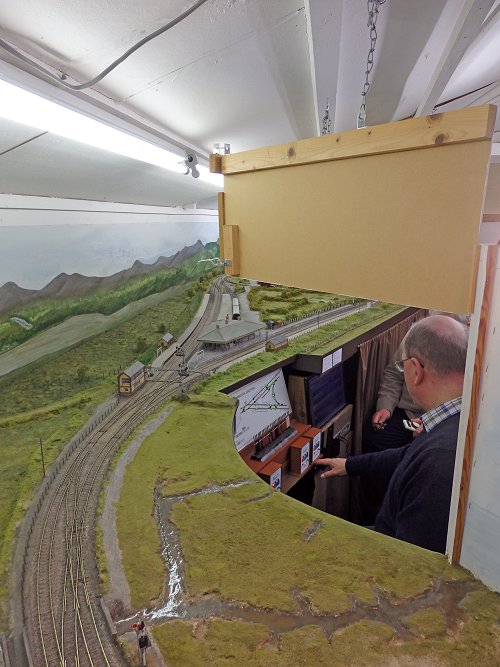 As those who are signed up to the new BRM Express e-newsletter will know, I spent last Sunday in the company of 11 other modellers operating Geoff Taylor's Barmouth Junction layout.

Starting as the most junior operator in charge of shunting trains in the fiddle yard, I quickly proved my incompetence at using Kadee couplings. I could them to uncouple but not stay uncoupled when pushing a rake of coaches. Obviously this is the fault of Americans. Hornby Dublo couplings made of proper British steel would have worked perfectly.

The layout is divided up into three stations and a scenic running line. Trains disappear from view for quite a long time as they circulate under baseboards which is a bit disconcerting for the novice too. The thing is, this model works like a real railway. There are drivers and signalmen. Trains are signalled out and directed by bells, and a bit of shouting.

I've not experienced anything like this since Australia. In the UK, we build model railways as theatre for shows most of the time. Multi-station, permanent set-ups are a lot rarer. Which is why it's such fun to have the chance to operate one, especially when the modelling is as superb as this.
Posted by Phil Parker at 5:30 AM