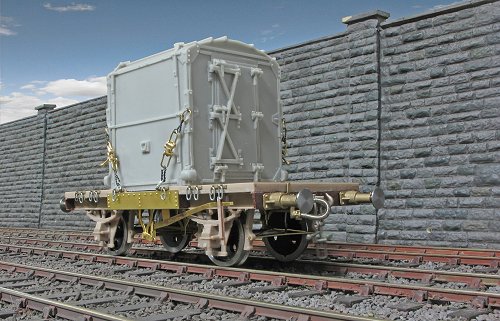 I've been busy and the fruits of my labour can be found in the October issue of BRM.

We start with a proper multimedia kit - Slater's O gauge Conflat. Plastic, etched brass, cast brass and bits of steel all go into making this wagon, and for extra variety, I've plonked a Skytrex resin container on top and then tied it down with 4mm scale couplings. Digital readers see me demonstrait making the loops to hold this down. 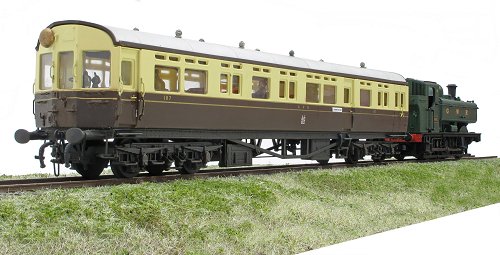 A project that has been on the books for some time but finally made it to the page, is detailing an Airfix GMR autocoach using the Dart Castings kit. I'll admit that this wasn't quite as easy as I'd hoped - the instructions suggest cutting away the battery boxes and leaving the trussing. This was a bit of a disaster and I magled 2 underframes before being pragmatic and leaving well along.I have added quite a bit of missing stuff though, and made suggestions as to how you could do even more.

I like the Dart kit because they supply all the handrails ready to use. Bending these out of wire would be a nightmare and it's not a bad second project for anyone who fancies fettling some RTR. The result certainly lifts the model. The coaches are stail available new, or by the ton on second hand stalls, the model having been available since 1978. 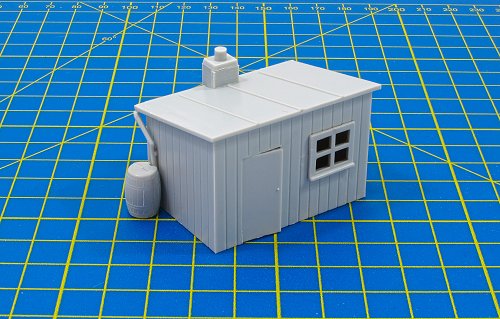 A nice little beginners project is the classic Airfix platelayers hut. Older hands might wonder why we've done this, but if you've never built a plastic kit before, I can't think of a better introduction. There's little to go wrong and you end up (for OO modellers) with a very useful little building. I've been out and about with editor Andy visiting the Brighton Toy museum. It's a fascinating place, I had to be dragged away from some of the cabinets to take the photos and video for the DVD. The picture above didn't make it in because of the reflections in the glass, but it's fascinating all the same (click on the image for a bigger picture). 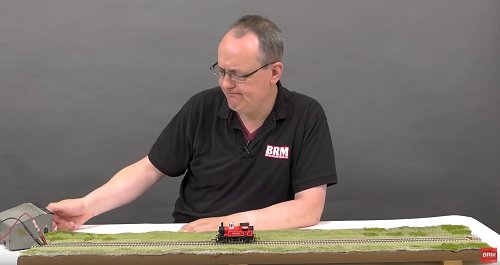 Talking of the DVD, I'm looking at track cleaning this month using a loco that's probably older then most of our readers!

Finally, I've been writing about the pleasure I get from people following my projects and replicating them themselves.