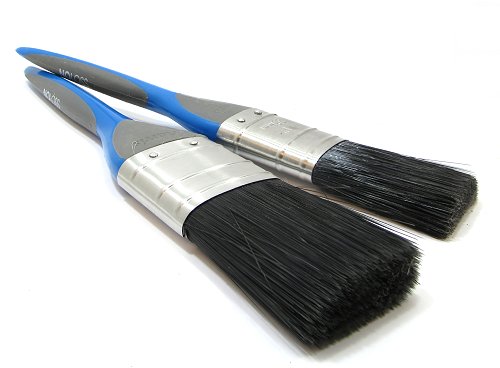 Faced with a "garden room" (posh shed) requiring a coat of yacht varnish before winter, I headed to the local DIY store for some new brushes.

I've always been pleased with the Harris "No Loss" range. Unlike slightly cheaper brushes, they don't seem to moult hairs as you paint. To be fair, they are better described as "a LOT less loss" and on the shed, I reckon I lost about 4 or 5, but then it's big enough to need a full large sized tin of varnish, so that's not bad going.

It was certainly a lot easier than picking bristles out of the varnish. That game gets old pretty quickly and you end up trying to shove them somewhere they won't be spotted rather than experiencing another dose of sticky finger bristle picking. 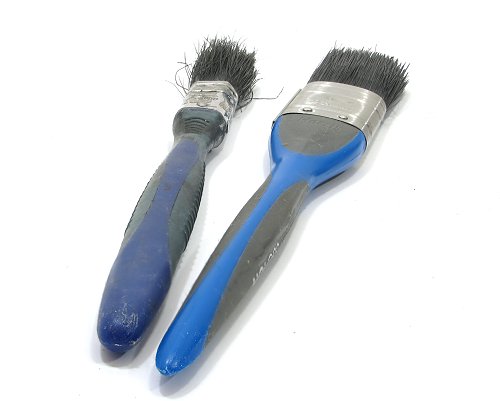 The only disappointment is that some muppet has re-designed the handles to be a bit more streamlined. Very pretty, but the end is now quite a bit sharper than it was before and once you hold it half way down the handle for fast application of lots of varnish, it digs in your palm. The old, blunter ones didn't do this.

Overall though, they are well worth the money. I've given a old set lots of stick and they still work OK. It's worth taking time to clean them properly, but even there you don't pull out handfuls of hair, which makes a messy job a little more pleasant.
Posted by Phil Parker at 5:30 AM