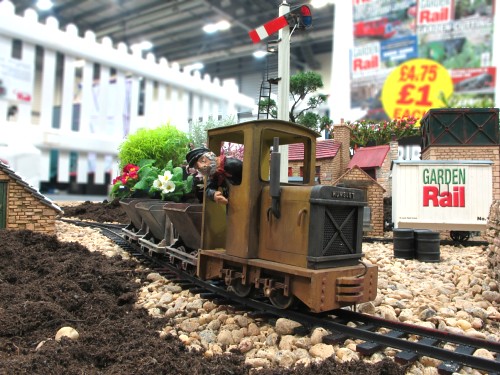 A year ago, I responded with the suggestion that the National Garden Railway show needed an actual garden railway by volunteering to build one.

12 months ago, this seemed like a good idea. As the event approached, this wore off a bit. I realised that whereas previous attempts took place near enough home that I could recover forgotten items easily, and using a vehicle with loads of capacity, this version had to fit in my car and took place 2 hours away.

However, I managed. It was hard work and relied on a couple of willing helpers including Mark Thatcher lending building, bonsai and assistance, but it worked.

Small children were entranced, sitting on the floor to watch the train pass by. Their parents took photos of them doing this. Everyone pronounced themselves happy with my efforts. Some even talked about "next year". I think I need my legs to stop aching (the floor in the exhibition centre is very hard) before I contemplate this.

Elsewhere, the show was excellent, but I was running around grabbing photos and video for Garden Rail so you'll need to wait until our June issue to find out more. Suffice to say, I did have to carry a loco worth £4500 to put it in the photo booth. I walked carefully with that one! 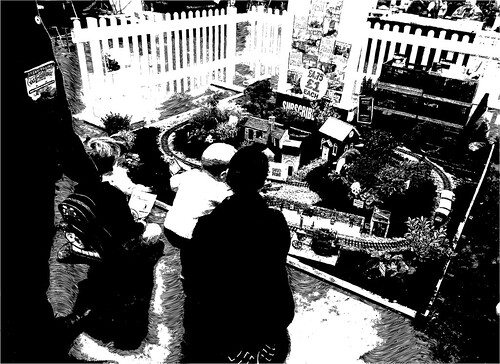