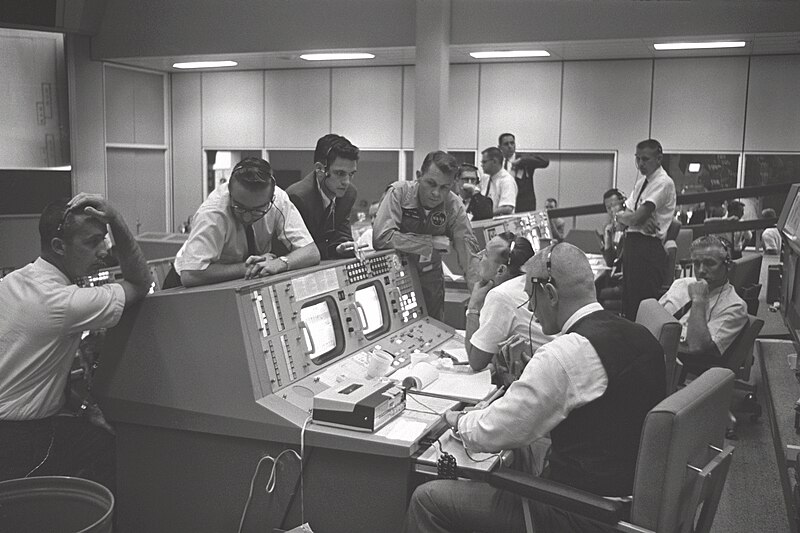 Welcome to the L&WMRS clubrooms on a typical Thursday night.

Hold on. Sorry, that's a photo of Mission Control during the moon landings. This is the photo from Thursday. 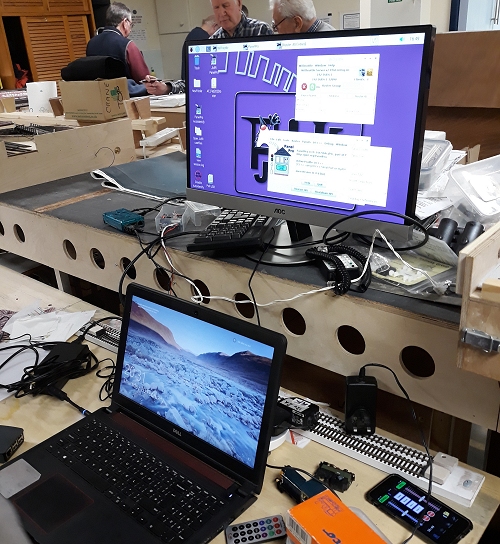 Loads more computing power! The laptop, smartphone, Arduino and Rasberry Pi in the photo all have more computational grunt than NASA could muster to send a man to the moon.

Looking at this, it struck me just what a hi-tech hobby we are. In the clubrooms were two more laptops, two old desktop PCs. mountains of DCC controllers and at least 30 smartphones. OK, the latter aren't used for model trains, except as controllers in the photos, but they are used for research.

Seeing a laptop plugged into a layout isn't that uncommon now. We've several layouts that make use of the MERG CBus system and this needs tuning before you run the model.

Even a Luddite like me has a grasp of some of this technology, but it amazes me just how modellers have kept up with the times.

I watch Star Trek and wonder how the captain manages to diagnose problems with what I'd assume to be very complex parts of the space ship, but then is this so different from working out why your DCC controller is making that screeching sound? You need to understand the basic principles of the system and work on from there.

If you'd shown a 14-year-old me the sort of things we'd be doing now I'd be wide-eyed in amazement. I remember a story in Railway Modeller where they drove locos from replica cabs with cameras in the models. At the time it looked far-fetched but now is commonplace. Except for the cab bit.