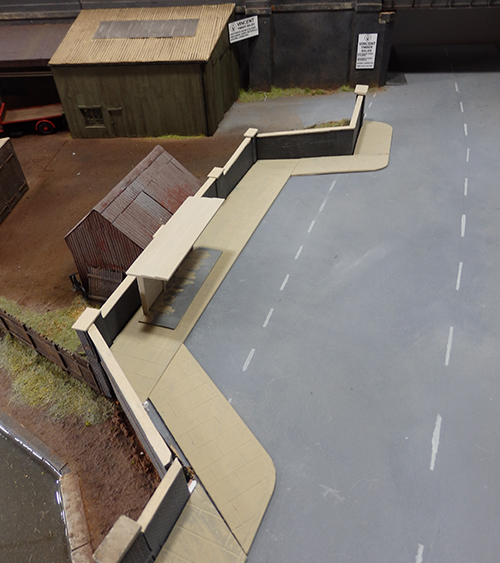 I'm still at cock-up corner, but this time it's an old mistake, I'm not making new ones for a change.

Placing the pavements on the road, I realise that the dotted line for the bus pull-in is in the wrong place. I've joined up the walls, and of course, I should join up the corners of the pavements. 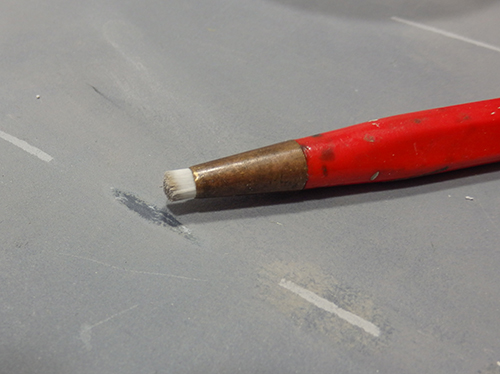 Once I decide I really can't leave the lines and pretend they aren't wrong, the challenge becomes how to fix them with the least amount of damage. Method one, a scratch brush, is quickly ruled out. I'd hoped to be able to polish the white paint away, leaving the great. No chance. 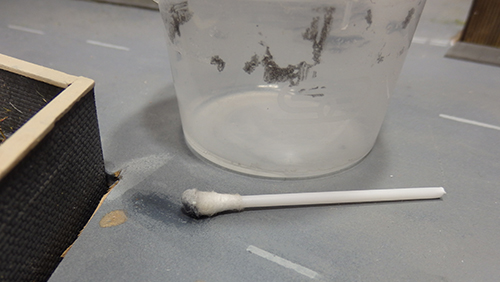 Out comes the paint remover, this stuff from Deluxe Materials, applied with a cotton bud. Again, I hoped to remove as little paint as possible, but the dark grey basecoat still comes through. 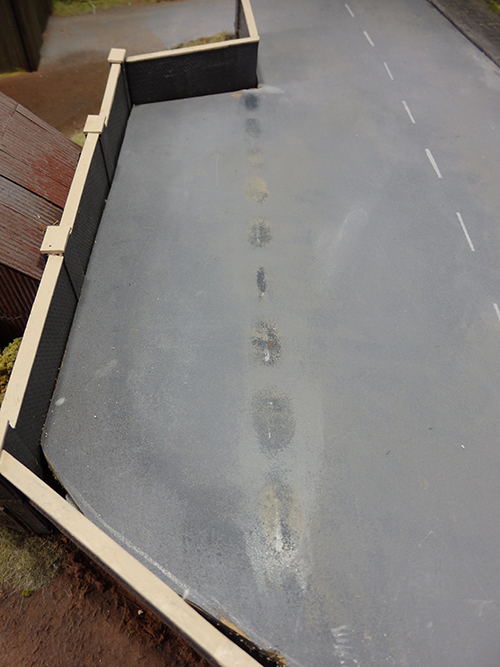 In the right place, this effect would be quite good. Modern road markings are burned away, and this doesn't look bad if you want to model that effect. Sadly, I don't, so it's out with the grey primer and weathering pastels to try and rectify the damage.

After that, the lines were put back in, and of course the making didn't work as well as I would like, so there's some cleaning up of the edges with a damp brush, followed by more powder and generally messy scenic work.

However, the pavements are in - a job I've been putting off for a long while. Next, I need a bus shelter and some street furniture. 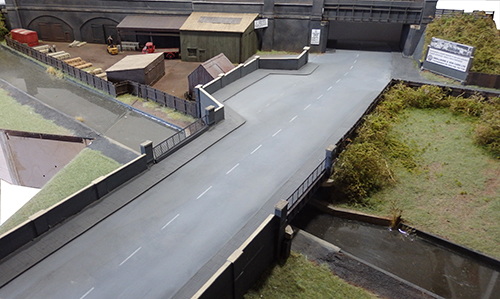 One disguise could be resurfacing after a drain has been repaired or new drain or cable installed. often forgotten on layouts.

Adding tarmac patches is on the agenda but I'm trying to avoid anything memorable as this is really a photo background.