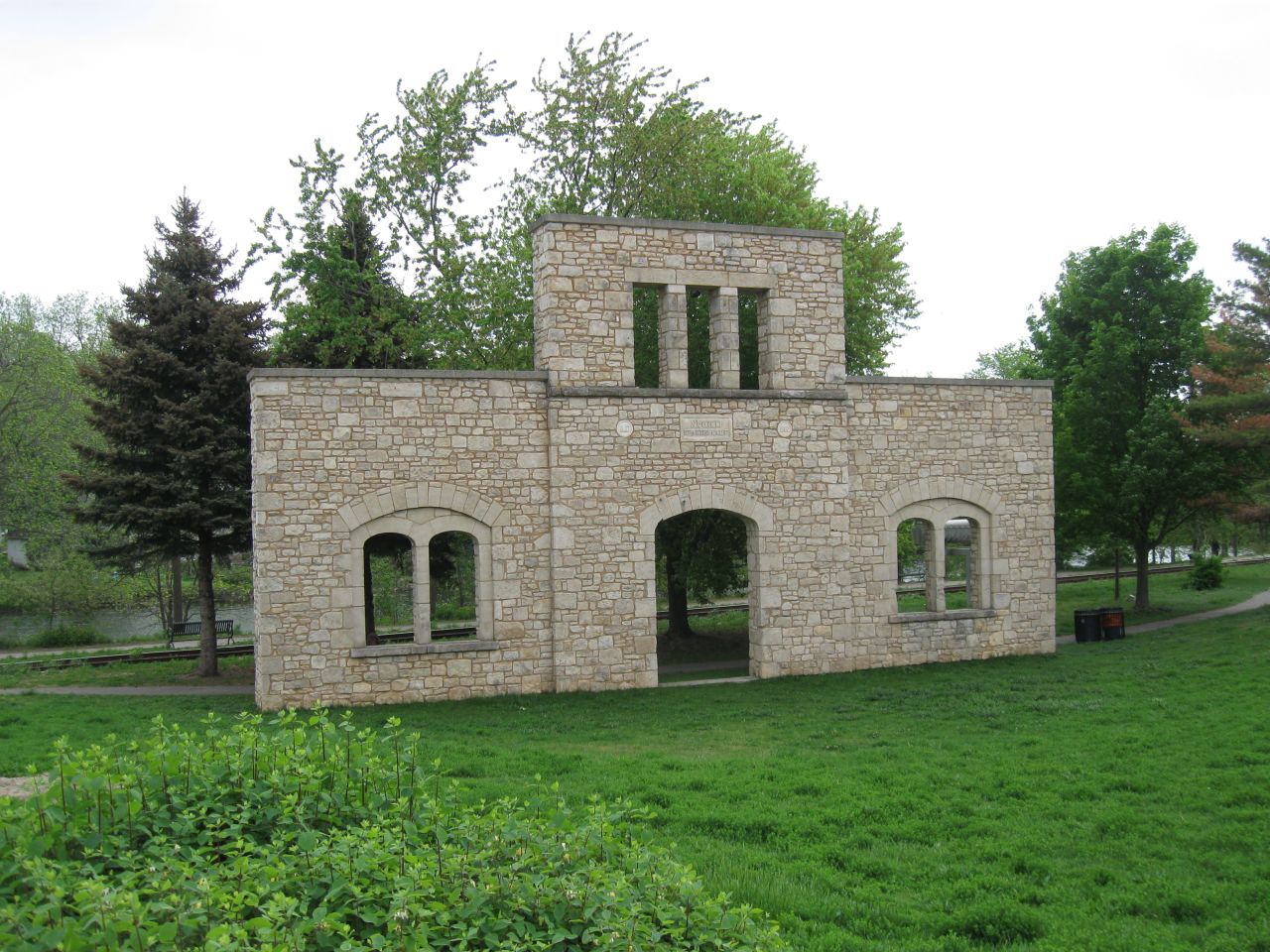 Thanks to David Youngs of Ontario, Canada for these fascinating photos from a local park.

Apparently, this used to be the front wall of a local skating rink that burned down. However, the locals didn't want to lose the wall, so it was re-erected in the park.

As David says, it's a prototype low-relief building, the sort of thing us modellers have been creating for years. The only difference is that this is pressed hard up against a backscene.

In the UK, this sort of thing would probably be called a "folly", that is a pointless building often put up in the grounds of a stately home. I have always aspired to having the space to build one. 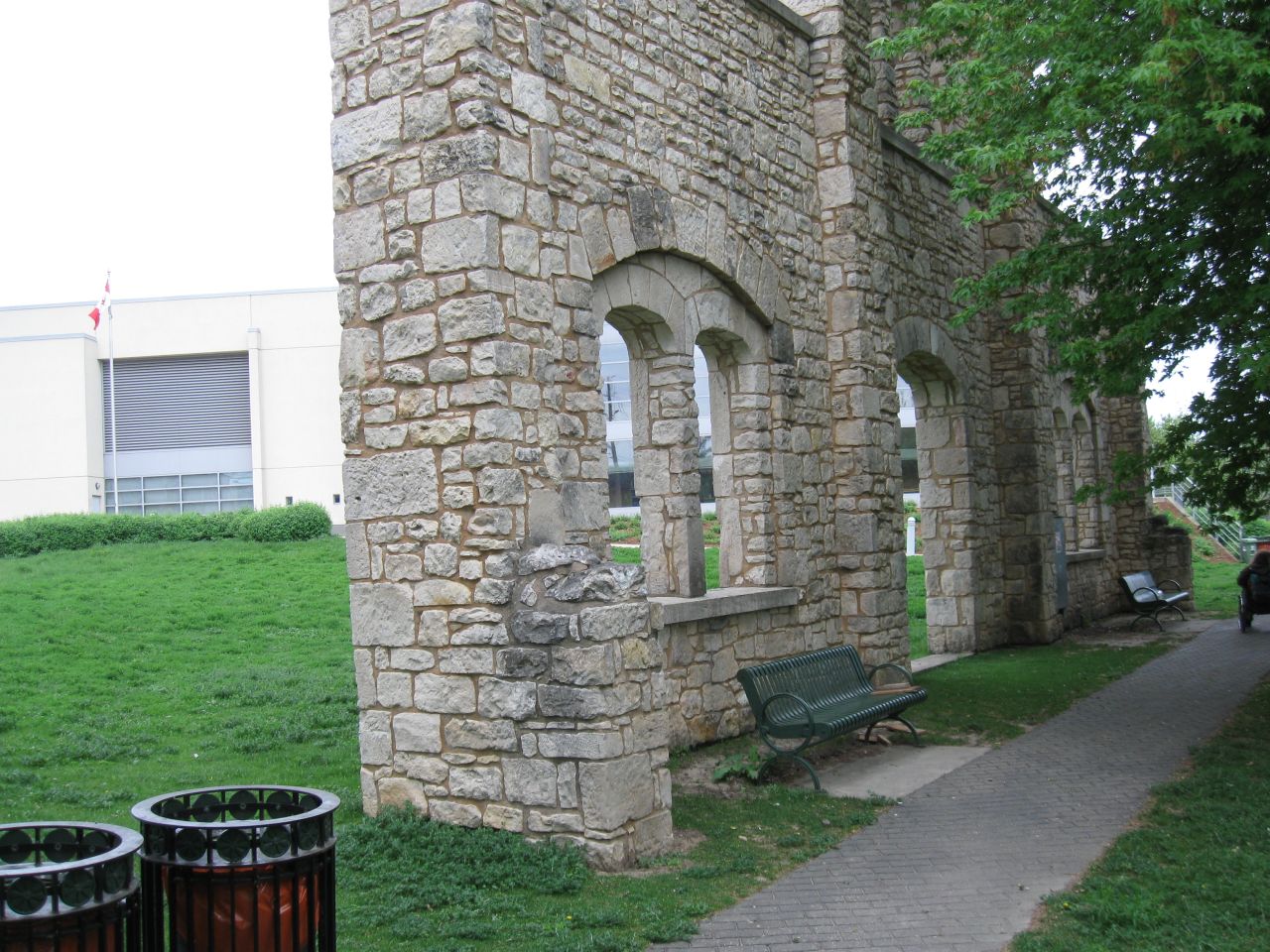 Keeping this thing upright must be difficult, there's not much in the way of supporting walls - impressive engineering!