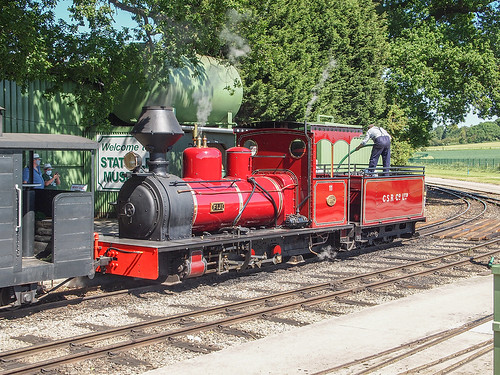 How have I not visited the Statfold Barn Railway before?

It's everything I love about trains - odd looking prototypes that don't run very fast.

Anyway, last weekend, my dad and I took our first day out in over 18 months to the enthusiasts event. According to Google, the trip should take 45 minutes, although the satnav said 75 until I realised it was set not to use motorways. Quickly fixed and yes, the 3/4 hour journey time was pretty accurate.

On arrival, since we didn't really know the layout, we hopped on a train - something else I last did in February 2020. Arriving at the exhibition hall, we were mightily impressed by the sheer professionalism of the place. OK, from reading Narrow Gauge World, we knew there was a fancy exhibition hall, but the whole setup is slick. There's a good cafe, and since it was a special weekend, several small halls full of trade selling books and railwayana. 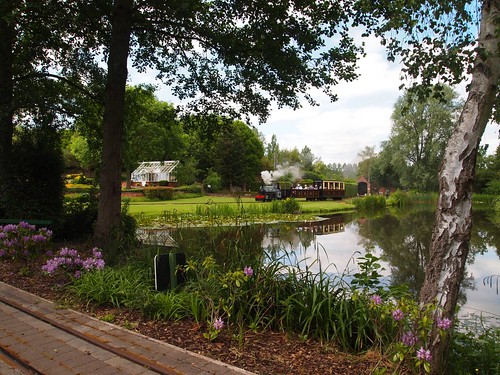 If you subscribe to any Facebook or Twitter narrow gauge railway group, you'll have seen loads of photos over the last week, but this is my blog so you get some more.

One surprise was the "garden railway" - I'd expected something 16mm scale, but instead it's a big garden, with a lovely 2ft gauge railway running around a lake. A lake that would make a rather nice model boating pond. 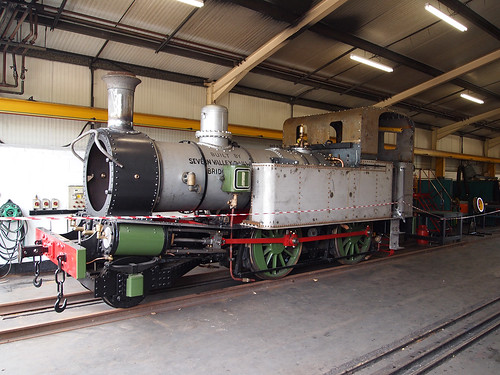 Of course the perfect day has some Isle of Man in it - that was proved by the sight of Maitland in the shed undergoing restoration. That's an awful lot of new metal in there - including around the cab to fill in bits cut away to fit a larger boiler years ago. Outside, Mona's tanks were being used as patterns for the new ones. I wonder how much IOM loco is really original?

Anyway, a cracking day. Only one complaint - the cake was hopeless. All prepacked stuff. To compensate, I enjoyed a delicious (and cheap) gourmet burger cooked in a horse box. Which I forgot to photograph because I'm out of practise at this sort of thing.

And finally, some video. Which I have recorded in an nice old skool aspect ratio. Do not adjust your set.

Looks like a lot of fun. Must get there someday, but it's a bit further for me!

True, but you are so much more convenient for Ambeley Chalk Pits museum.