Word up, it's cameos, boats, wagon numbering and rocks by rail in the July issue of BRM

Don't tell anyone, but I've snuck some model boats into BRM this month. Under the pretext of building a quayside, I've used a nice little Admiral's Barge in an amusing scene where a recalcitrant shunter is refusing to move his train so the Senior Officer can get his car near to the boat that will take him out to his fleet.

The sharp eyed will also notice that a navy launch at a quayside could very easily be a scene from my novel, Kate vs The Navy. Obviously this didn't cross my mind at all, but if I can find some suitable figures, I will be tempted to have a go.

Talking of figures, for the first time in my modelling life, I found a use for one of those Slater's sailors that seem to be in every packet. 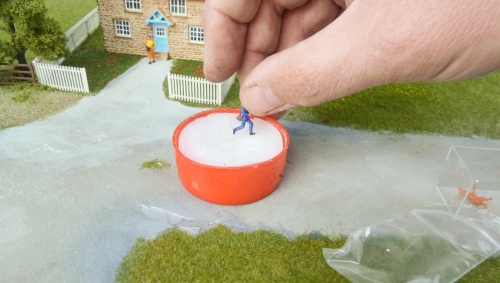 Having made one scene that's a bit of fun (as well as some serious modelling), I've set up some other cameo scenes on some old projects. I know "proper" modellers don't like this sort of thing, but hopefully those who fancy a bit of fun will find inspiration. While I'm no fan of filling a layout with this sort of thing, they do help draw the non-enthusiast into the model, in a way that no amount of superdetail doesn't initially. 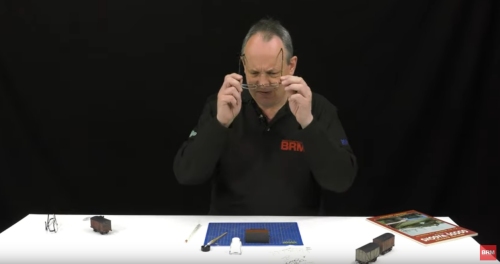 On BRM TV, I'm demonstrating the use of a mapping pen to produce cheapskate wagon numbering. Not a tool a lot of modellers will be familiar with, it's cheap and has a multitude of uses - hopefully some more inspiration for viewers. 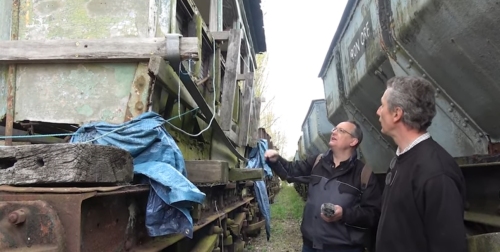 Finally, Andy and I have been to Rocks by Rail to look at interesting rolling stock, shunting locos and diggers for more BRM TV.