Lots of resin action in BRM 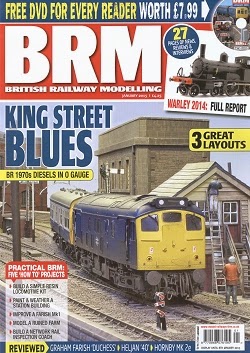 January's issue of British Railway Modelling sees me messing with several lumps of polyester resin both on the page in also the DVD.

This is one of the great things about resin models, the material is soft enough for each chopping and changing. In this case I've added some extra windows from a Peco spares pack. Whilst from a smaller scale than the main building, they actually look very close to the windows already moulded into the walls.

You've actually seen the model on this blog already - for the camera I didn't need to finish the model. This took place later away from the studio. Now the hut has made its way to the NRM, hopefully to find a home in the corner of the model railway in the great hall.

On paper I'm building a resin loco kit - the J70 from the Silver Fox range. Quite how this popular prototype has escaped the attentions of the Ready to Run manufacturers amazes me, but for now, if you want a good one, you have to build a kit. 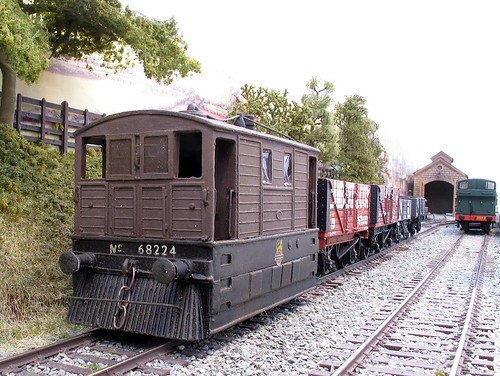 As far as building goes, there isn't a huge amount of work. The main body is a single part casting and the chassis is a Black Beetle ready to use unit. A little detailing and fettling rewards the builder with a rather nice loco. Best of all, it's a simple induction in to the loco builders club. 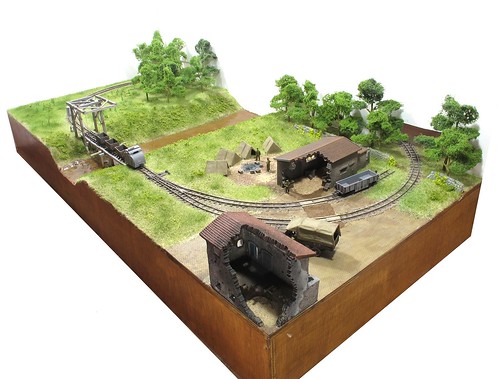 Finally, we have part 3 of the Owen's Bridge layout building. I'm putting together the farm using Airfix ruined buildings cast in resin and providing the troops with transport by building a W^D Models resin lorry kit.

Well, polyurethane resin is, Phil, but polyester is rarely, if ever, used for fine detail reproduction. It's too brittle. Much happier in the usual GRP combination which holds your rusty wheel arches on (and the floor in my Micra, it seems).

Sorry - you're right. I'm getting my resins mixed up. Must be the fumes...