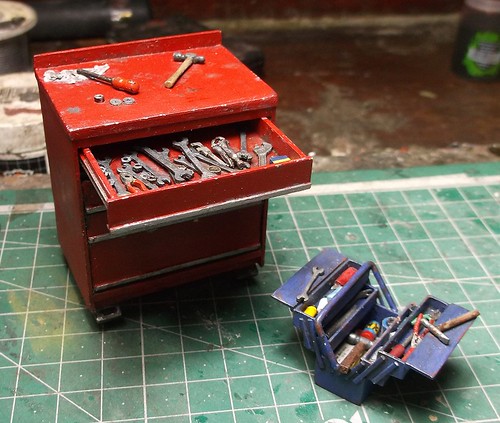 Last weekend, the workbench moved to Doncaster racecourse for The Festival of British Railway Modelling. Rather than take a layout this year, my plan involved doing some modelling and showing off many of the projects I've built for BRM over the last year or so. Some of these haven't been seen anywhere other than on the pages of the magazine so it's nice to get them on a stand for people to have a proper look at, and occasionally , poke and prod.

As you've seen this week, I managed to stick a few bits of Wickham trolley together. Not much, but then that's the point. I was there to chat and I certainly did that! It was 3pm on Saturday before I got a few minutes break. Generally it all went pretty well. Perhaps the gent who landed with a thump on the chair in front and just stared at me obviously waiting for me to entertain him wouldn't have been missed, but mostly there was questions and discussions that we all really enjoyed.

Along the way I filmed a little chat with Paul Isles from Hornby which will appear on a future DVD. We talked about the Peckett and newly arrived Merchant Navy. Oddly, it was the former he was very keen to keep an eye on!


Cakewise, rubbish. I was prepared with a lunchbox filled with my mum's chocolate cake and pretty much proved you can live on it between breakfast and the evening munch. I need to try harder next year. 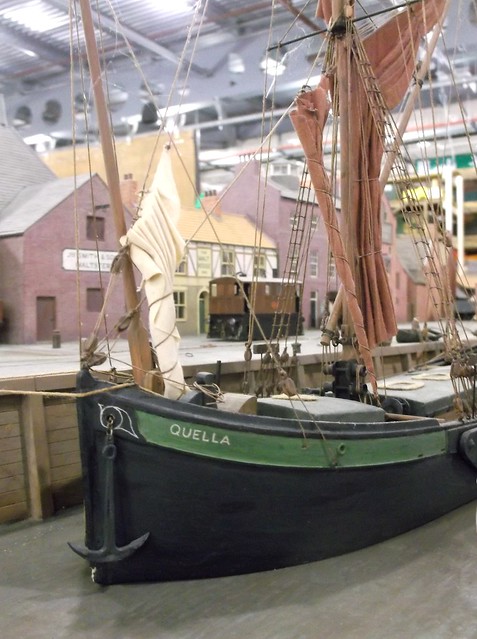 Elsewhere, the show was another good one. No space filling layouts and several that will be stars for many visitors. The final outing of East Lynn is a highlight and I've always enjoyed this S scale model. 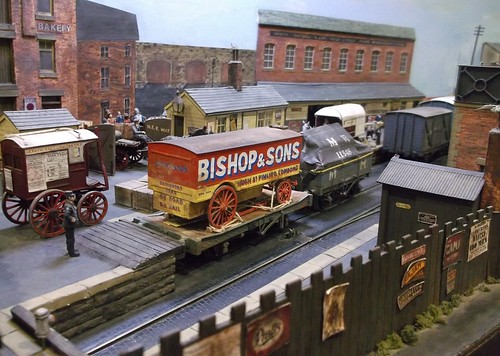 I managed to spend time with my camera and shot all the interesting corners of layouts that I enjoyed. It was a good year for detail and I spotted loads bringing the models to life.

Trade was also good. There are box-shifters but also a reasonable selection of specialists. Needing some 0.7mm wire, I had a choice of 3 vendors, not always something you can claim. Mind you, the first thing I bought was a 4mm scale resin model boat!

In a first for me, I left with less boxes than I arrived with. My O gauge halt diorama has now gone to to become part of the Polak display for future shows. Since most of the scenic material came from them, I'm pleased they like it enough to offer it a home.

If you came along to say hello, and I know several blog readers did, thanks very much. Next time, bring some cake!