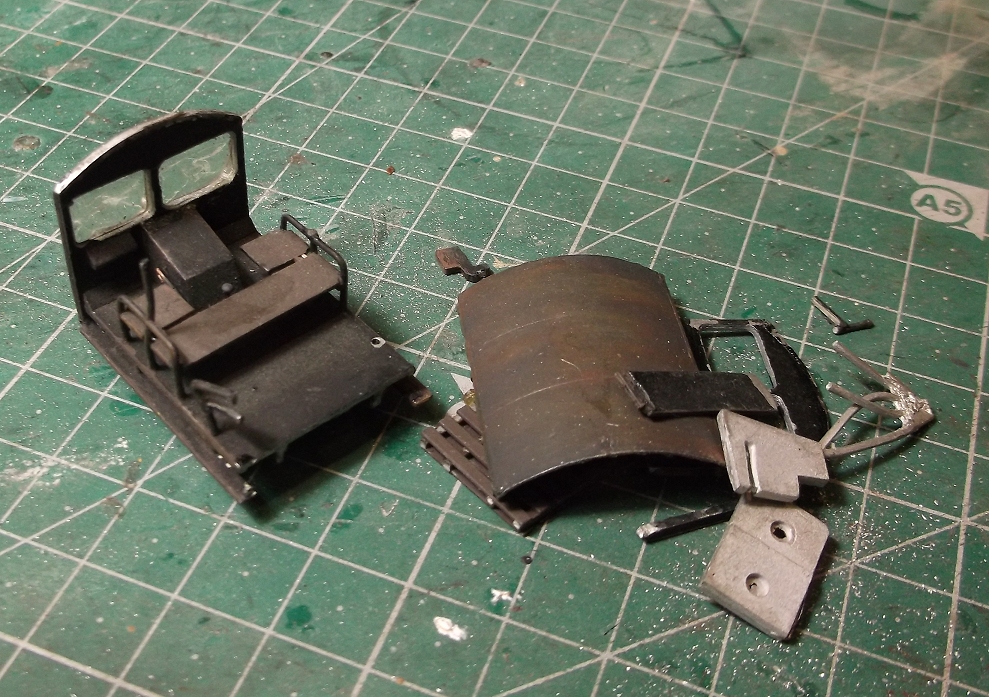 At least it did until an accidentaly flying session while packing up at a show saw it disassemble itself.At the time, I put the remains in a pot and forgot about them. I suppose buying a replacement kit seemed easier than untangling the whitemetal, but this kit is long discontinued and the alternative is a pricey etched version. Perfect for an essentail feature but more than I wanted to pay for "clutter".

Still, I'm on a bit of a Wickham run at the moment so when I found the pot of bits, I decided to resurect the model.

A little unbending and cleaning up later, I had the main parts. Sadly, the whitemetal handrails hadn't survived so a quick trip to buy some 0.7mm brass wire was in order. I remembered to take calipers to measure the remaining parts, jut not the wire to repair them. Still, it's only 3 quid and I'll use it eventually.

Superglue bodgery finished the job and it looks OK. The cruel photo enlargement shows where the first landing impact occured but a little filler and some weathering will hide the worst of it I hope. 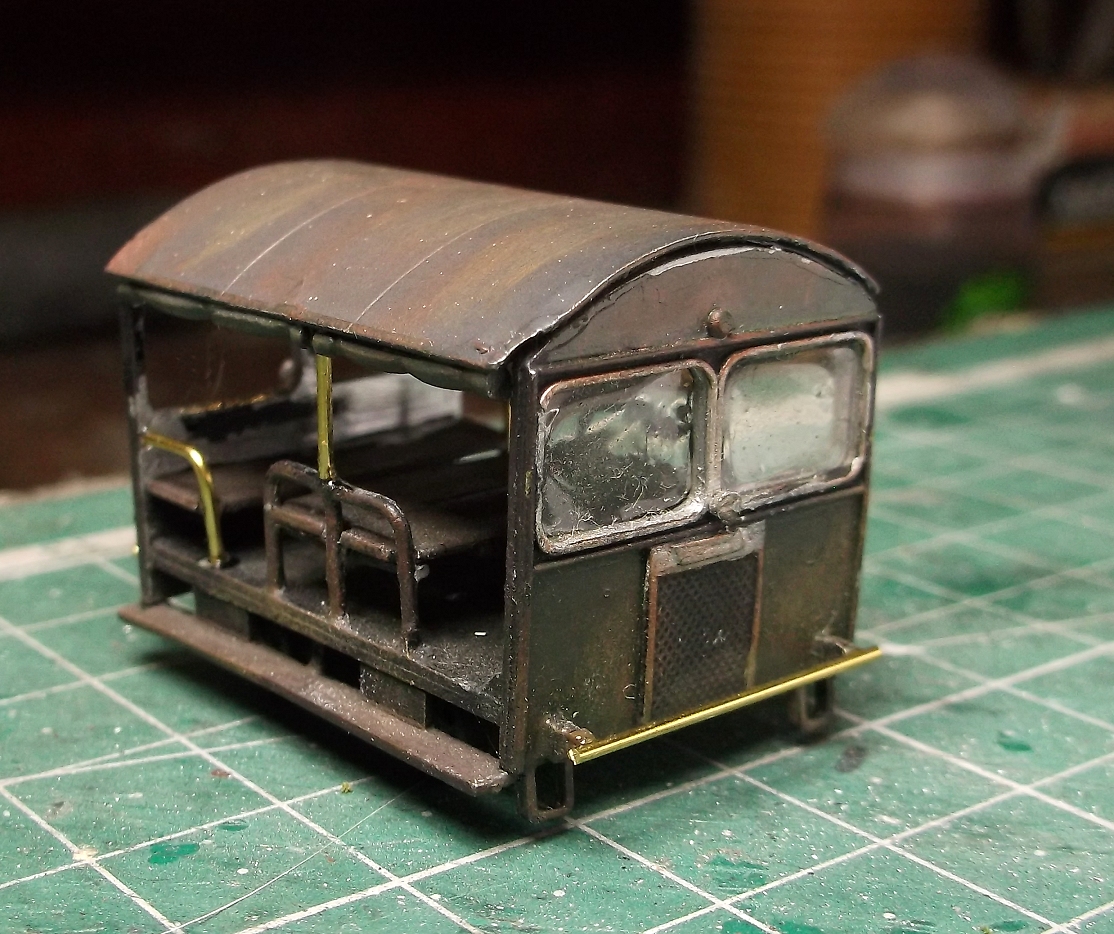 Why not highlight it with some rust and black paint or a red oxide patch as non-repaired accident damage? I'm sure the real thing wasn't sent for repair as soon as it had a ding. It's the sort of damage it might have received from a crane boom or tipper truck overhanging the line.
Mark

Good thinking! I'd prefer to patch it up as the paint job has been around a long time and this way the model gets to show it's history. Thanks!

Great little kit these, have one sat on some rail on my layout :)

Looks good for a 25 year old kit, especially one that has gained wings.

The brass wire probably is better than the white metal it replaced too.